Panic buying in capital city supermarkets has caused shortages in some of the nation’s most remote and vulnerable communities, where thousands of Indigenous Australians have been told to stay put to minimise their risk of catching COVID-19.

The IGA supermarkets in Halls Creek and Fitzroy Crossing in Western Australia’s Kimberley region have not been able to get enough of basic staples such as flour, cooking oil, corned beef, dog food and toilet paper to service the more than dozen nearby remote communities reliant on them. 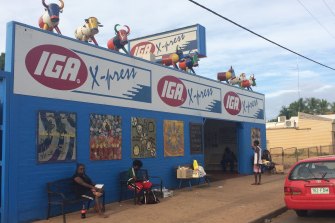 The  Halls Creek IGA , which is struggling to source goods to supply a number of remote Aboriginal communities because of panic buying in the cities.

The lack of supplies is a potential life and death situation in outback communities with high Indigenous populations already afflicted by serious health and socio-economic problems.

Residents of remote communities in WA have been ordered not to go anywhere by the state’s Premier, Mark McGowan, in a bid to reduce the risk of coronavirus. An outbreak in a community like Noonkanbah near Fitzroy Crossing would be devastating.

But if people cannot get enough food and supplies from the only supermarkets in nearby towns they will be forced to defy the Premier and head to bigger centres such as Broome, increasing the risk of COVID-19 transmission. The sparsely populated Kimberley region currently has two positive coronavirus cases.

“I’m frightened about our communities,” said Emma Tierney, proprietor of the Halls Creek IGA. “We are just not a well community. There’s diabetes, heart disease and smokers.” 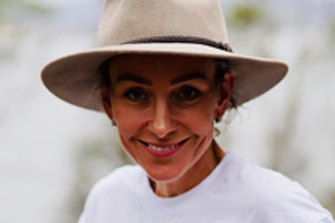 For several weeks, Ms Tierney has been unable to get enough cooking oil, flour or toilet paper from her suppliers. As for fresh food, she stopped ordering cauliflowers when they were being priced at $8 each wholesale. Ms Tierney said she had scoured Australia to source what supplies she can but is running short. Her usual Perth-based suppliers have told her to expect only a portion of what she would normally get.

“It’s like we’re on rations of things we can’t even get at the moment,” she said.

Just under 300 kilometres further south at Fitzroy Crossing it’s a similar story. The delivery truck that arrived at the town’s IGA supermarket on Thursday was about 30 per cent less full than normal.

John Rodrigues is the chief executive of Leedal, the Indigenous-owned company that owns the IGA supermarket in Fitzroy Crossing, as well as the town’s pub and lodge. Mr Rodrigues said he was extremely worried about the impact of food shortages on nearby Indigenous communities and is at a loss as to how to get his shelves full again.

“In 20 years I’ve not seen the shelves in the condition they are in. Not even in flooding. We’re ordering but not enough is coming. We can’t even get the basic stuff out to them,” he said.

Mr Rodrigues said he would normally receive a pallet of Bushells tea but Thursday’s delivery only provided him with six cartons. “How far is that going to go?” he asked.

Mr Rodrigues and Ms Tierney said they had been pleading with IGA head office in Perth to make remote supermarkets a priority given the need to keep people in remote communities away from the bigger regional centres during the coronavirus outbreak.

Mr Rodrigues said the economic pain caused by coronavirus had also hit Fitzroy Crossing this week after WA’s borders were closed and access to remote communities banned. The company he runs, Leedal, has closed the Crossing Inn and the lodge, causing more than 20 people to lose their jobs.

Mr Rodrigues said no one knew whether the virus was spreading in the community yet because was not aware of anyone in Fitzroy Crossing being tested.

Both Ms Tierney and Mr Rodrigues said they were supportive of a push by the Northern Territory’s influential Central Land Council for government subsidies to help reduce the cost of food and goods in remote stores.

The Central Land Council, which represents Indigenous communities across more than half of the Northern Territory, is telling its members to stay “on country” and avoid town centres if possible in order to protect themselves from COVID-19.

“We need price parity with Alice Springs and Tennant Creek to support people to stay on country,” he said.

“The federal government’s $750 cash payment won’t go very far in community stores, where prices are approximately 60 per cent higher and this will be an incentive for our people to travel to town to do their shopping.”

Elsewhere in the NT, which has 12 positive COVID-19 cases, Arnhem Land Progress Aboriginal Corporation has promised to reduce prices of key staples at its store but warned it had no choice but to pass on increases in wholesale prices for other items.

ALPA chief executive Alastair King called on the Australian Competition and Consumer Commission to enforce penalties against suppliers and producers who raise prices during a global pandemic.

“We are not in the business of price gouging and will be avoiding suppliers that are trying to take advantage of this situation by increasing prices,” he said.

Mothers and daughters: 'Music reminds us that we're not alone'