Home » Researchers stumbled upon a box of human bones that had been missing for 100 years. They may come from Viking-age royalty.

Ulla Mannering and Charlotte Rimstad are used to studying textiles, not bones. Since 2018, they’ve helped reconstruct Viking-age clothing at the National Museum of Denmark by analyzing fabric from ancient burial sites. But recently, they stumbled across a box of human remains.

These weren’t your average bones, they quickly realized.

“We looked at each other and said, ‘OK, we think we have the Bjerringhøj bones actually here,'” Mannering told Insider, referring to bones from the Bjerringhøj burial mound in northern Denmark.

The gravesite likely dates back to around 970 AD. This particular set of bones is believed to have been lost for more than 100 years.

In 1868, a farmer happened upon the burial mound while collecting soil, only to discover human remains sitting atop a pile of down feathers. The deceased person, presumably a man, had been draped in wool garments woven with gold and silver threads. In his chamber were two iron axes, a beeswax candle, two wooden buckets, and a bronze kettle. 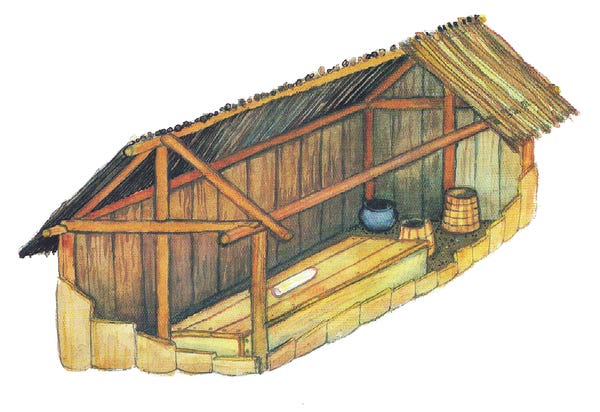 Local farmers looted the artifacts, though they were eventually recovered and sent, along with the bones, to the National Museum of Denmark. But at some point many decades ago, the bones went missing.

“We can now show that they were not really lost, but they were just misplaced in the museum,” Mannering said. “It’s a nice ending.”

Archaeological studies of the bones may just be getting started. In a new study in the journal Antiquity, Mannering and Rimstad suggest that the man was an elite — perhaps even royalty — based on the clothing and artifacts buried alongside him.

“There are so many details in this grave that place him in the absolute top part of Viking-age society,” Mannering said. “But who he was — we don’t know.”

Why did the bones go missing?

In 1986, archaeologists excavated the Bjerringhøj burial mound a second time. Before examining the site, they hunted for the lost bones in the National Museum of Denmark’s collection. But the remains never turned up, and the burial site was found to be mostly empty, save for a few fragments of textile and feathers. Researchers again combed through the museum’s collection in 2009 — but no luck.

Mannering said it’s rare for bones to simply get lost. But over the years, as the museum changed staff or moved the collection to different storage areas, it’s possible that the remains were placed on the wrong shelf and separated from the rest of the Bjerringhøj artifacts. 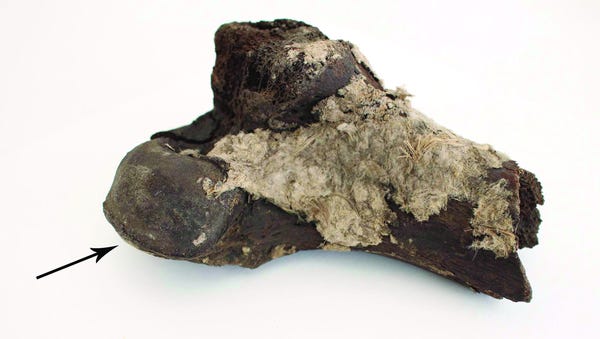 In her experience, she said, even archaeologists can be somewhat skittish about handling human remains, so that might explain why they wound up separated from other objects found at the site.

“Human remains like bones and skeletons and even bog bodies, though we find them fascinating today, have had a very sort of ambivalent life in many museums because they were not really considered as objects,” Mannering said. (Bog bodies are human cadavers that have been naturally preserved by acid from dead plants.)

She added: “In the past, the idea of keeping human remains as an object was against the general idea that your body has an afterlife. Even today, there are a lot of people who resent the idea that some museums exhibit bog bodies.”

To prove they’d rediscovered the lost bones of Bjerringhøj, Mannering and Rimstad used radiocarbon dating — a method that determines the age of an artifact based on how much carbon-14, a radioactive isotope, it contains. The process showed that the bones dated back to the late 10th century, around the same time that Vikings raided and colonized Europe.

The researchers also found that the textiles wrapped around the bones matched those previously discovered at the Bjerringhøj site.

In particular, woven fabric tied around a leg bone suggested that the man wore long trousers with ankle cuffs. The textiles closely resemble a pair of woven arm cuffs that were also preserved by the museum. 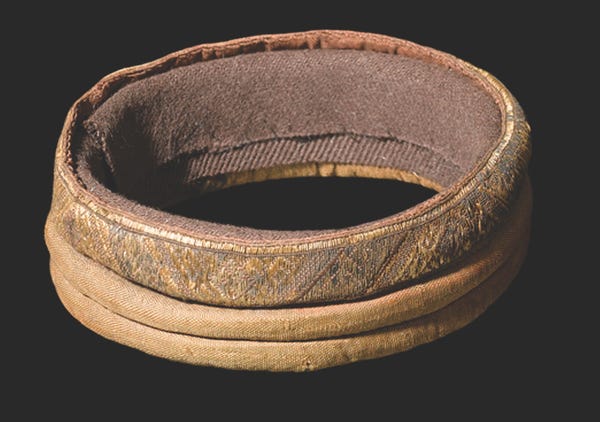 “He’s a very rich man,” Mannering said. “He has a lot of status symbols in his grave and his costume is really high status. He has very unusual tablet-woven bands made of silk and gold and silver threads.”

The new analysis suggests that the man was older than 30 and had knee problems, perhaps from riding horses.

Based on the textiles and an old description of the bones from 1872, past research proposed that the man may have belonged to the Jelling dynasty, a royal house that reigned over Denmark, England, and Norway in the early 11th century. But Mannering said researchers still doesn’t know whether he was a royal at all. 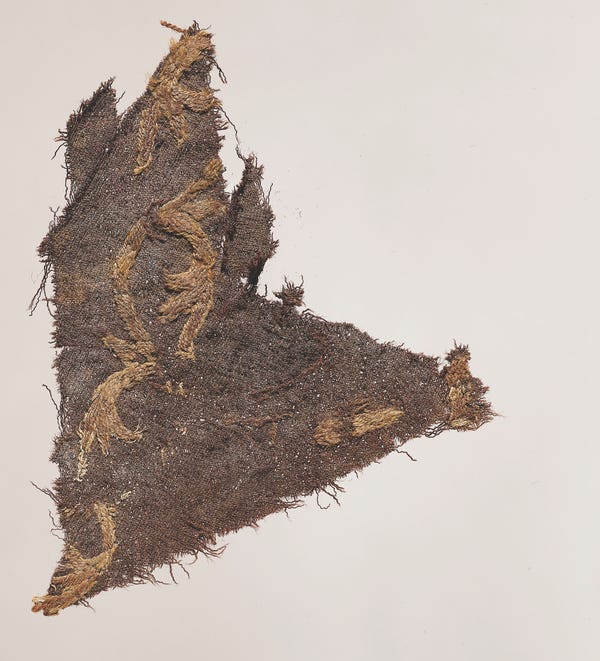 The bones also aren’t preserved well enough to perform a DNA analysis, so the researchers can’t confirm the man’s sex.

“The grave has always been seen as a male grave because it has the two axes — a plain iron axe and this very, very elaborately decorated axe with a silver inlay,” Mannering said.

It’s possible, though, that the bones belonged to a woman, or that a man and woman were buried together.

“We’ve brought the bones into context again,” Mannering said. She added, “Maybe in the future, somebody else will be able to do other analyses on these finds.”

Jacques Pepin Has Some Bold Words For Gordon Ramsay