ROB LEE’S sons Elliot and Olly will put brotherly love aside on Tuesday as they clash at Gilingham’s Priestfield Stadium.

The Newcastle and Charlton legend will be there as Addicks striker Elliot, 26, and Gills midfielder Olly, 30, battle for family bragging rights. 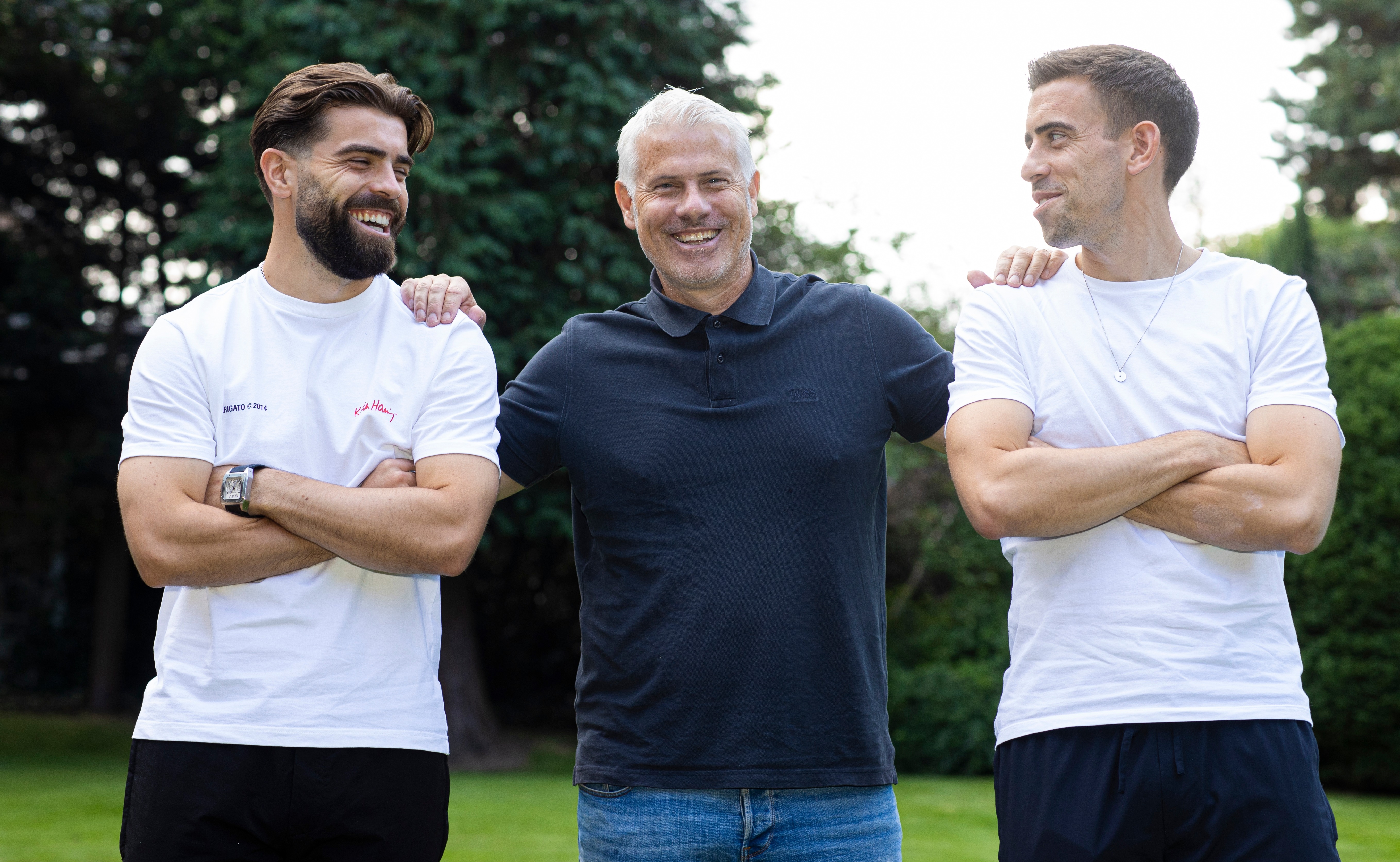 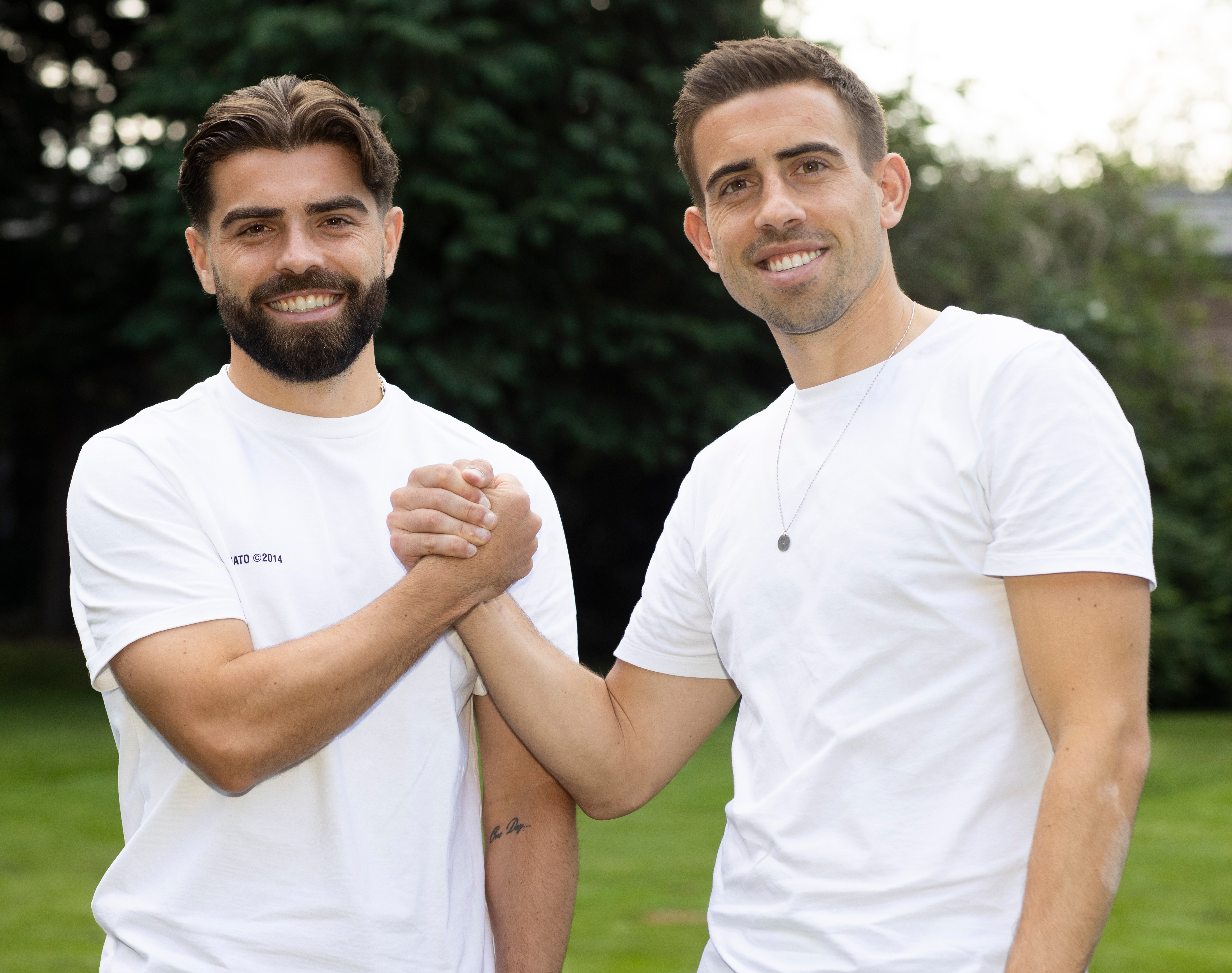 And his loyalties could not be more split as not only are his sons in separate camps but he is also covering the match for Charlton TV.

Rob laughed: “I’m sitting on the fence – a draw with both Lees scoring will be a good result for the family.”

The boys faced one another in April as Gillingham and Oxford, where Elliot was on loan, were battling for a play-off spot.

Olly laughed: “We were winning 2-1 when the gaffer took me off and ended up losing 3-2 so I say no more!

“But Elliot dived about a bit. He always gets his body in the way and then goes down easily to win free-kicks. He’s good at that.”

Elliot responded: “Yeah, it was great fun and winning the game!”

But the Gillingham midfielder enjoyed one thing the most in that encounter.

He said: “One of my team-mates smashed Elliot right away and I was buzzing. I went over and said, ‘Get up.’ We love dishing it out to each other.”

The siblings have been team-mates. They spent a season together at Luton when the club won promotion from League Two in 2017-18 and also played for West Ham reserves a few times.

Olly said: “The first game at West Ham was pre-season at Ebbsfleet. Elliot came on and within seconds set me up and I scored in a 3-1 win.

"Luton was special too. People used to accuse us of only passing to each other but we do have a telepathic understanding.”

The brothers were blessed to be brought up by a football icon, who was at the height of his powers when they were kids.

Olly’s earliest memory was watching his dad play in one of the two FA Cup finals Newcastle made in 1998 and 1999.

Looking across the kitchen table to his dad, he smiled: “I don’t remember whether it was the Arsenal or Manchester United one because you lost both!”

“Thanks for reminding me son,” Rob says with a frown.

Olly added: “But I remember walking up the Wembley steps and thinking, ‘Wow, this is amazing’ and then seeing your dad out there was crazy.”

Olly went to France in 1998 to watch his old man play in the World Cup and Rob remembers: “There’s television footage of him looking down with his cap on.”

Elliot added: “I remember us going to St James’ Park and sharing a box with the Shearers. We loved it when they played the Local Hero theme tune. Afterwards, we’d go to the players’ lounge and kick balls around.”

The brothers had the honour to play with a number of Newcastle legends in their BACK GARDEN.

Elliot explained: “We had BBQs and there would be Alan Shearer, Gary Speed, Shay Given, Warren Barton.” 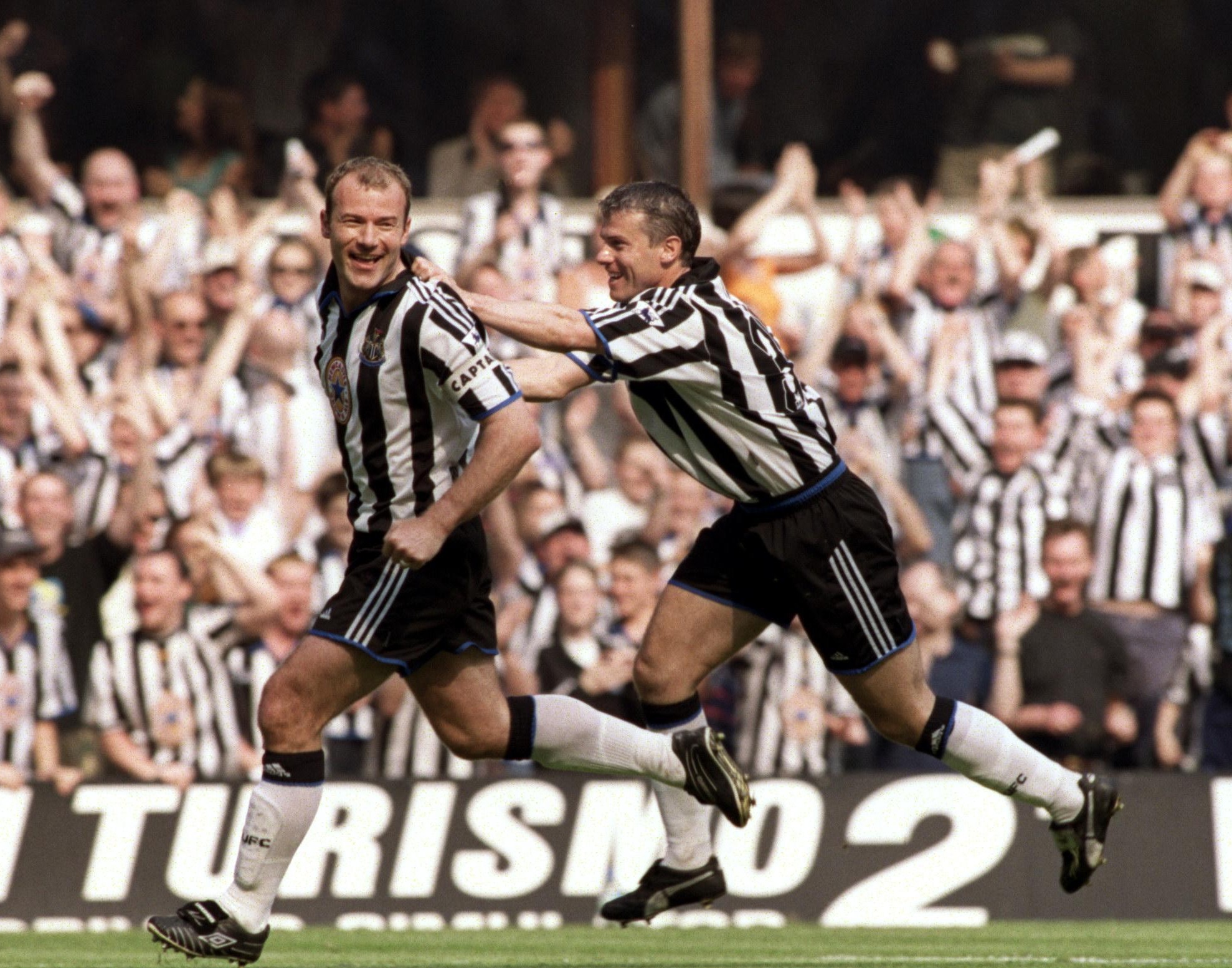 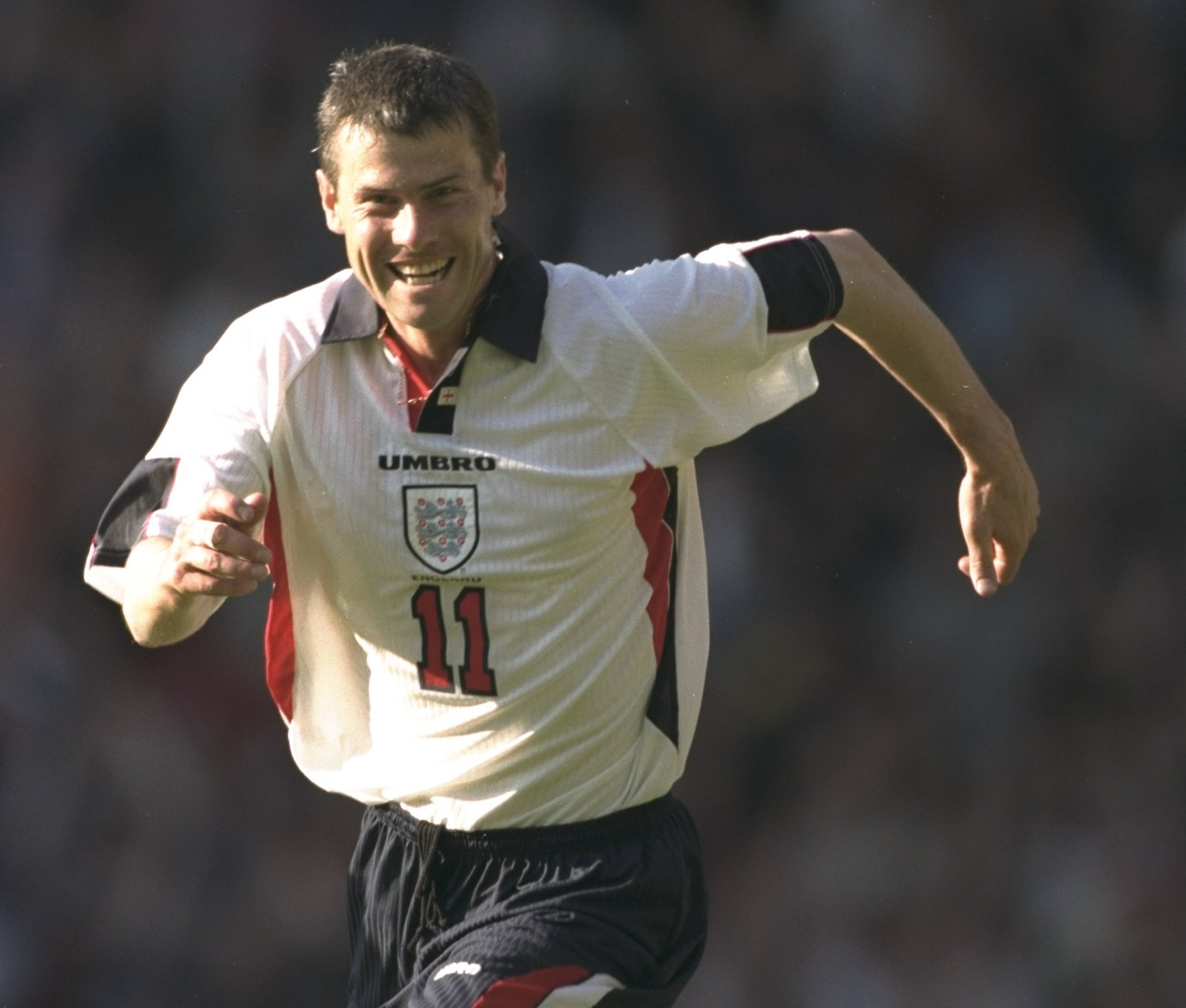 Rob takes over the story: “We had a big garden so all the lads’ kids would come round too so we’d play eight-a-side.

“Two of the kids would be captains and they’d choose their teams. Al got the right hump once because he was picked last!

“He had a brace on that day because he had done his knee so we had to stick him in goal.

“Newcastle physio Derek Wright was there and not happy with Alan playing at all but we got away with it.”

Elliot added: “It’s only when you look back at it now we understand how privileged we were.”

Three years ago while at Luton, the lads were drawn at Newcastle in the FA Cup – and played in the 3-1 loss at St James’ Park.

Rob said: “The Toon fans gave my boys a terrific reception – they’ve always been so supportive of them on social media too, especially when either of them are up against Sunderland!”

Elliot joined Charlton last month and was not even born when Rob was wowing The Valley faithful.

But he said: “The welcome I’ve received from fans and staff who remember dad has been incredible. 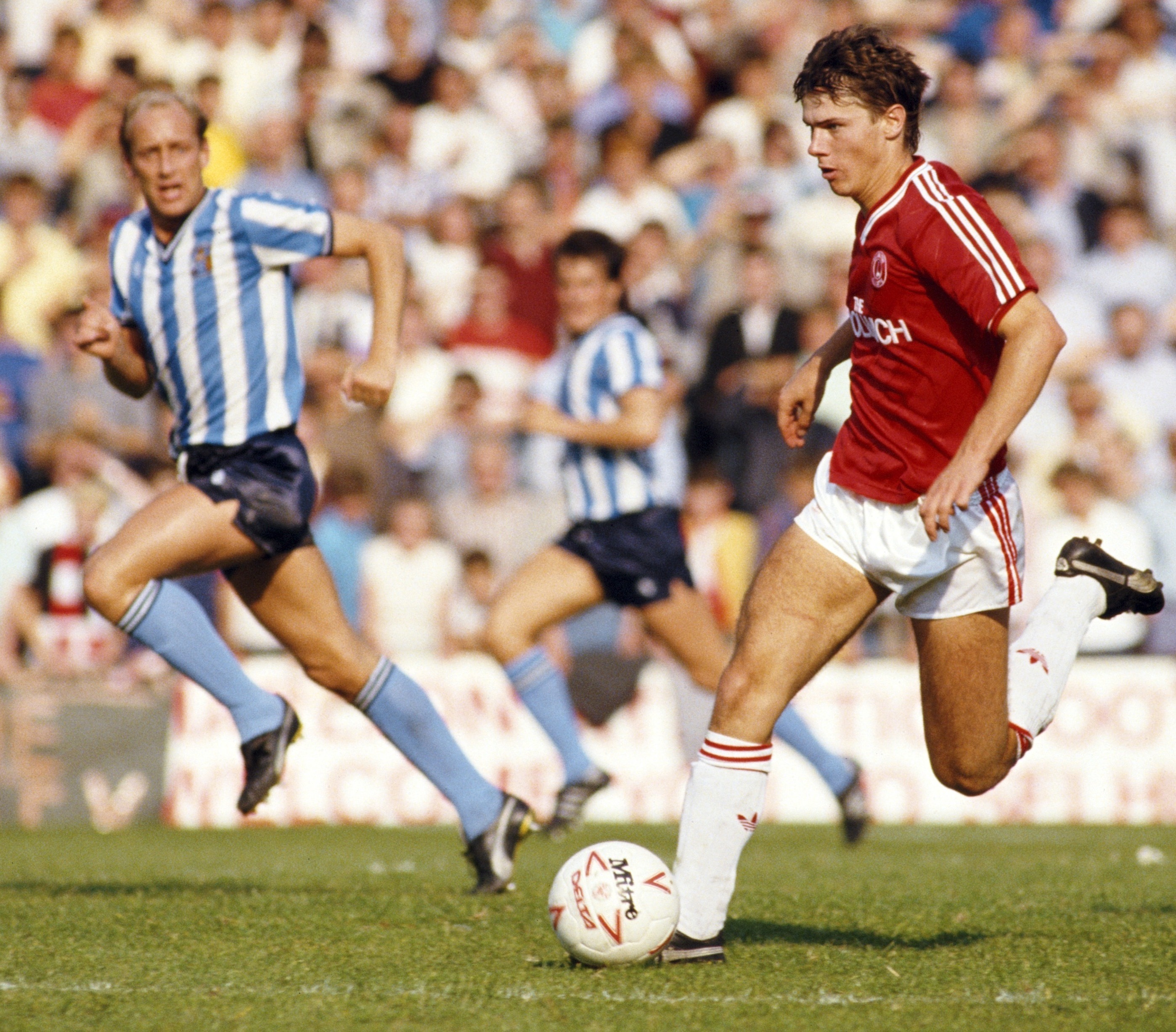 “When I signed my contract in the secretary’s office there was a big poster of dad in his Charlton heyday on the wall – and there’s even a huge picture of him in front of me each time I walk out for training.

“The lads give me banter about it – but it fills me with pride that dad has a legacy at the club. My aim at Charlton is to create my own legacy.”

Both sons credit their old man for keeping them grounded whatever result and say he is their harshest critic.

Rob admits: “Regardless of what fans or managers may say to them, I tell them the truth.

“My sons have had so many loans but that’s because they’re not content sitting on their backsides on a bench like so many nowadays. They take that from me because when I was at Newcastle I was barely ever a sub. Get out and play games I say rather than just picking up money. As I know, you’re a long-time retired.”

Both bantered they will share tips with their team-mates on how to stop their sibling – with Olly laughing: “I’ve already told manager Steve Evans that Elliot is small and doesn’t run very fast!”

And will either of them attempt to nutmeg the other?

Olly laughed: “We can try but, trust me, that will never happen. Neither of us will be able to pass each other. We both know that if either of us got nutmegged by the other, we’d not be able to live that down.”

‘The Real Housewives of Miami’ is returning to Peacock