“I got to vote for Bernie again and I did,” Dawson, who also supported the Vermont senator in 2016, wrote on Instagram. “Whoever it is that you’re supporting I hope that you are doing it consciously, with heart and with a ballot.”

Booker dropped out of the Democratic race in January. In his endorsement of Biden on Monday, Booker tweeted: “Joe Biden won’t only win – he’ll show there’s more that unites us than divides us.” 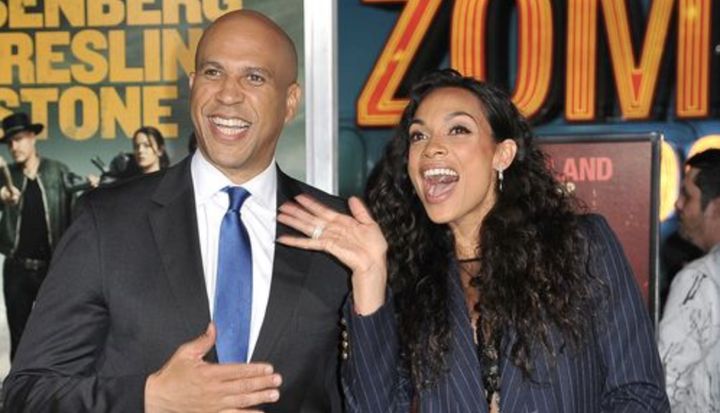 “She is an incredible girlfriend,” he told a CNN town hall in March 2019. “I’m very lucky to be in a relationship with someone who is just so incredibly special, but more importantly has taught me so much in a very short period of time.”

The “Rent” star called Booker a “wonderful human being.” Facing questions from conservative outlets about her candidate allegiance, Dawson said in September 2019 that “of course” she endorsed Booker.

Dawson, who co-founded Voto Latino, a group that encourages Hispanic voting and political involvement, presumably voted in the California primary on Super Tuesday.