A drastically scaled-back Federal Parliament will be assembled next week to scrutinise and pass the Morrison government's $17.6 economic stimulus legislation before a likely lengthy recess.

Access to Canberra's Parliament House, which attracts about 1 million visitors annually, will be restricted from next week, with federal MPs ordered to bring only essential staff for the next sitting period. 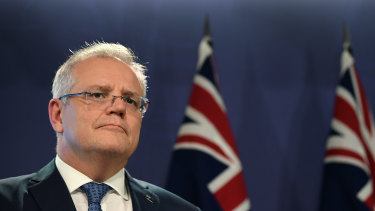 However, it is expected many MPs and senators, particularly those who travel more than two hours on a plane and those battling poor health, will be "paired" if they choose not to attend. Pairing arrangements allow MPs from both major parties to miss votes without affecting the outcome.

It is expected Parliament will address only the stimulus legislation and avoid debate on any other topic or issue before it is disbanded until the May budget at the earliest.

While the building will remain open for the public to visit the Marble Foyer and art exhibitions, "temporary and precautionary" changes have been made regarding the operations of Parliament.

The House of Representatives and Senate galleries will be closed to the public from Monday and all school group bookings and tours will be postponed or cancelled.

In a joint statement, the Speaker of the House of Representatives, Tony Smith, and Senate President Scott Ryan said building occupants "must ensure that only those people needing to conduct essential business in Parliament House" be given access.

"While the most recent advice is that there is no need to restrict domestic travel, members and senators are requested to only bring essential staff to Canberra," the statement said.

Home Affairs Minister Peter Dutton will not attend Parliament after he was diagnosed with the coronavirus, while Queensland LNP senator Susan McDonald will also be in quarantine after a positive test result.

"On Friday evening I began feeling unwell with a sore throat and a mild temperature, so I went to the Townsville Base Hospital Emergency Department to be tested for coronavirus before returning home, where I have been in self-isolation since that time," Senator McDonald said in a statement.

Prime Minister Scott Morrison will meet with Opposition Leader Anthony Albanese later this week to discuss arrangements for limited parliamentary business to ensure as little spread of the disease as possible.

Mr Morrison said on Monday he still saw Parliament as an essential meeting, unlike other now-banned large gatherings, and could operate with reduced levels of staff.

"What we'll be doing is … we'll be proposing a series of scaled-back arrangements," he said. "It will enable the Parliament to meet, to pass these laws and for us to get on with the job."

There will also be changes to the management of staff and operations of the chambers and the wider building, including catering facilities, to reduce the risk of transmission, consistent with broader social-distancing edicts nationwide.

"These decisions have not been taking lightly and are being taken following detailed discussion and advice from the relevant authorities," the statement said.

A number of large events being held in the function spaces of the building are being postponed or cancelled. Further restrictions will also be applied behind the scenes to "minimise non-essential visits" to the building.

Former parliamentarians, elected members of other state and territory parliaments, volunteers and sponsored pass holders will not be allowed into private areas.

From Monday, all external departments and agencies will also be asked to reduce visits to Parliament and public servants will be encouraged to avoid non-essential attendance.

All parliamentary committees have also been encouraged to use video or teleconference facilities for public hearings "as soon as possible" and delay any non-essential hearings.

Is Portugal safe? Latest travel advice as coronavirus cases hit 41 and thousands of flights are cancelled