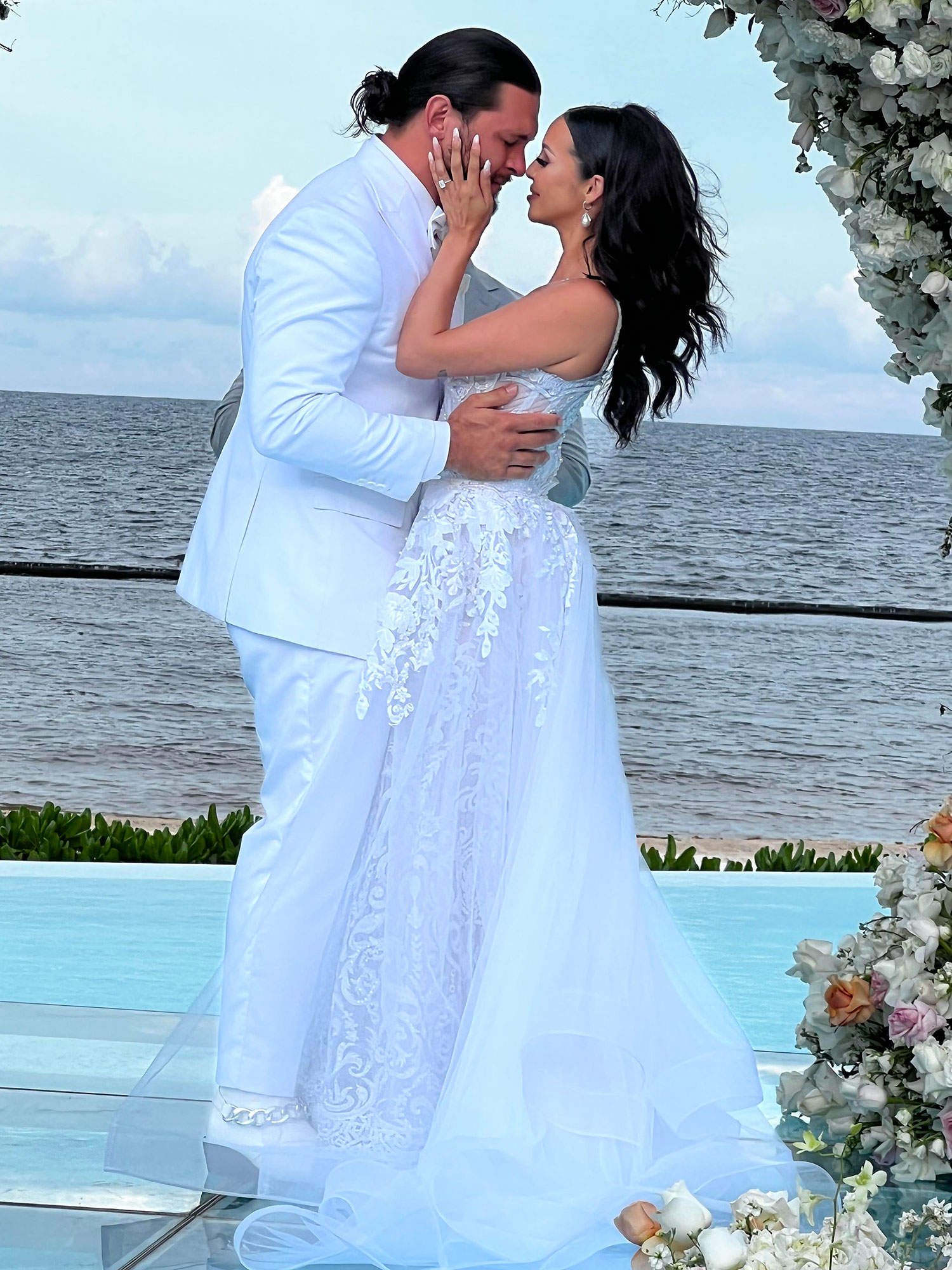 Scheana Shay has some new bling! The Vanderpump Rules star’s engagement ring got a major upgrade — thanks to her husband, Brock Davies.

As the lovebirds said “I do” in Cancun, Mexico, on August 23, Davies, 31, gifted Shay, 37, a stunning 4-carat diamond, replacing the morganite jewel he popped the question with last year.

To bring his vision to life, the former athlete worked with jeweler Ring Come True on the breathtaking design. The retailer shared a video of the piece, which featured an emerald cut and a studded band, via Instagram on August 25. “We are SO thrilled that @scheana and @brock_davies finally tied the knot in Mexico!” the company wrote alongside the clip.

The brand added: “We worked closely with Brock to surprise Scheana at the altar with a 4ct Emerald cut version of our CLIO ring <3 Wishing them a lifetime of happiness together!!”

The ring wasn’t the only thing that got swapped out on Shay and Davies’ big day.

After saying yes to forever with the fitness trainer in a lace Swarovski Crystal gown — which was custom designed by Pol’ Atteu and Patrik Simpson — the TV personality removed the look’s tulle overskirt to reveal a figure-hugging look for the reception. 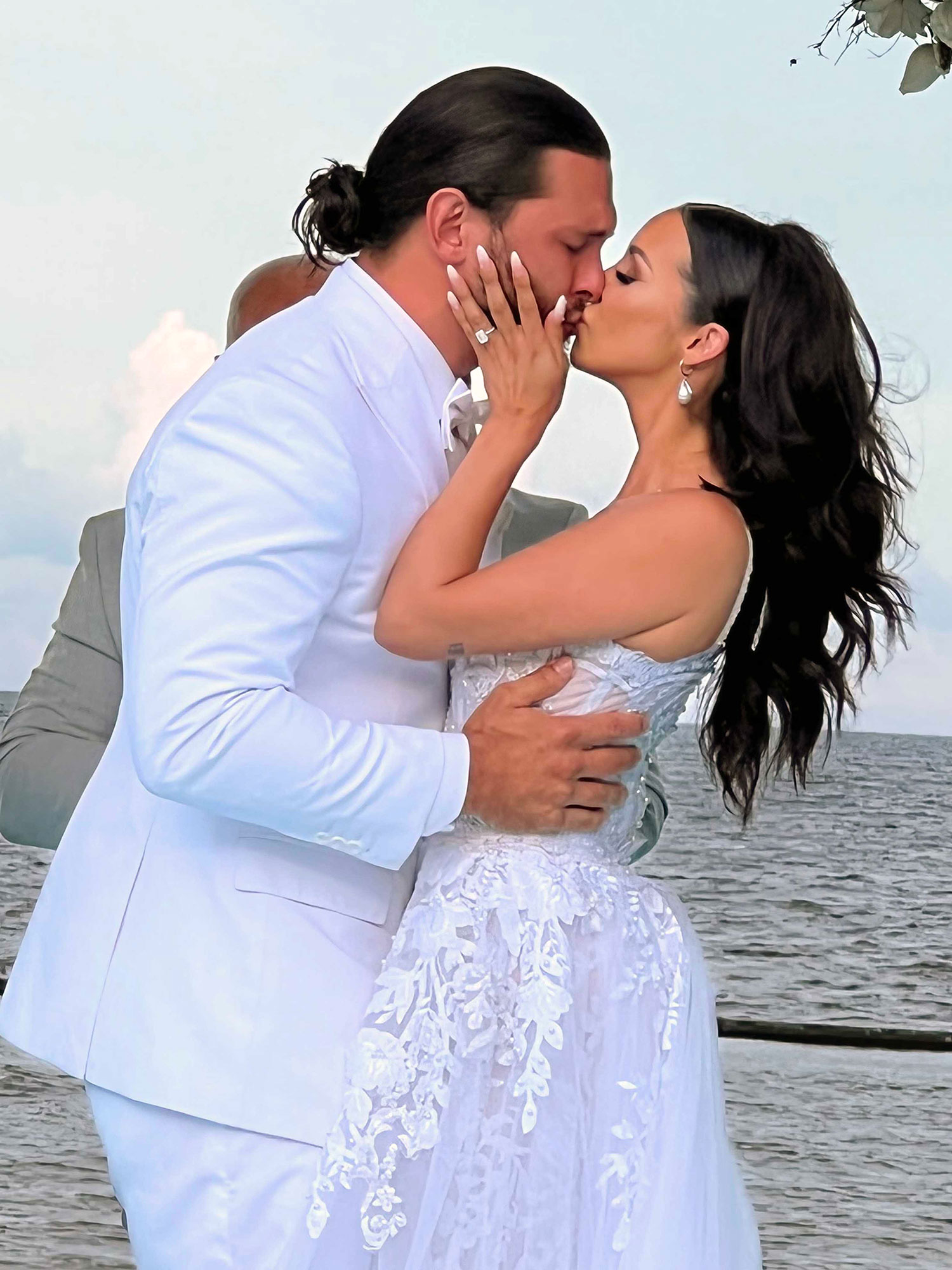 She later changed again, slipping into a mini dress from Casablanca Bridal. Shay danced the night away in the floral frock that featured a sheer construction and a deep V-neckline.

The California native also ditched the crystal-covered platform heels she wore down the aisle for a pair of chunky white lace-up sneakers.

Celebrity Weddings of 2022: See Which Stars Got Married

Davies, 31, for his part, sported a classic white tuxedo.

The “Scheananigans with Scheana Shay” podcast host and social media influencer got engaged in July 2021 after welcoming their daughter, Summer Moon Honey Davies, in April of that year.

If You Know How to Fold Broken Cheese, You Might Nail This Schitt's Creek Quote Quiz