The two players were bitter rivals for years while playing for Spain's top two clubs. 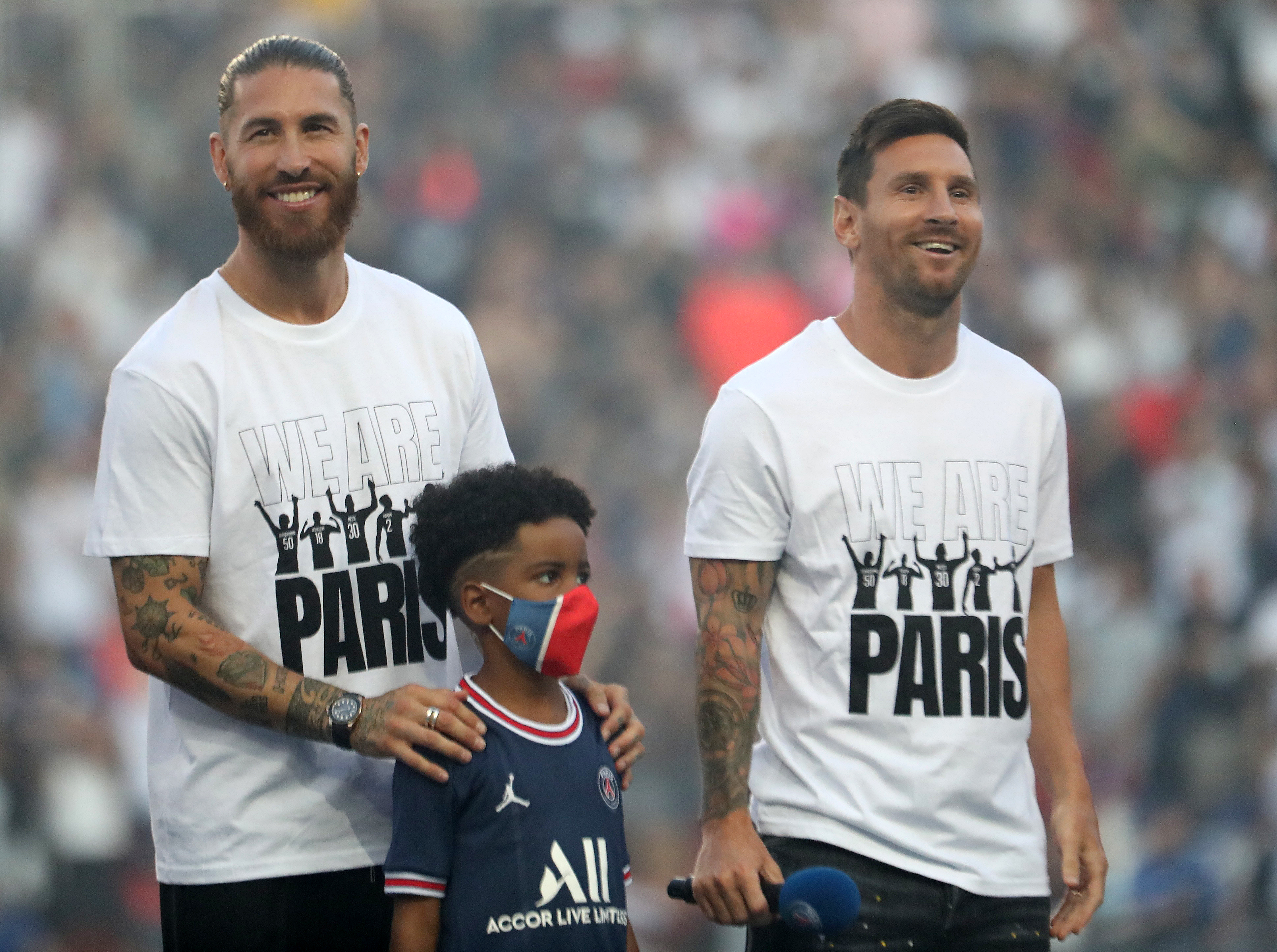 But now they are winding down their careers at Paris Saint-Germain, with the pair playing in the same team for the first time at the weekend.

Messi bagged three assists to overshadow Ramos' debut in a 3-1 away win at St Etienne.

And speaking after the game Ramos, 35, is tipping his new mate to win football's top prize.

The 180-cap Spain international told ESPN: He's in good shape, and I think he's the kind of player who really makes a difference.

"He's a unique player and it's a privilege to have him in the team.

"I think that bit by bit, each of us is going to bring our own quality to make Paris Saint-Germain even greater and achieve the things we want to achieve."

FREE BETS: GET THE LATEST BETTING SIGN UP OFFERS AND FREE BETS

Ramos was then asked if he wants Messi to win the Ballon d'Or, to which he answered: 'Yes, of course, I'm going to defend the guys in my team."

And that has NOT gone very well with Los Blancos supporters.

One wrote on Twitter that his 'place is now far from Madrid', while another slammed him for 'supporting the enemy'.

Others described it as 'the strangest thing', while Matthew Clark posted that it will 'sting' Real Madrid fans.

According to reports Messi is set to win his seventh Ballon d'Or title later today.

And organiser France Football has already informed the Argentine of his victory, as per tradition.

Messi, 34, already holds the record for most Ballon d'Or titles with six, and victory this year would put him two ahead of Cristiano Ronaldo.