Australian actor Saskia Post, best-known for her leading role in Dogs In Space, died this week from complications due to a congenital heart issue. She was 59.

Her role in Dogs In Space was a defining one, the film capturing a slice of Melbourne's punk scene in the late 1970s. Post starred as Anna, a nurse, and girlfriend of Sam, a fledgling rock star, played by Michael Hutchence. She brings a lightness and a tenderness to his world, trying to keep things together in a rapidly spiralling reality. 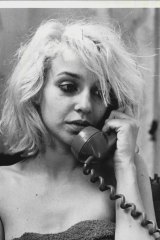 Saskia Post as Anna in a scene from “Dogs In Space”.

Loosely based on one of writer/director Richard Lowenstein’s share houses, the film has a documentary element, depicting the hilarity, chaos and humanity of a world that revolved around relationships, partying, rock'n'roll and heroin.

Although not universally acclaimed on its release, the film has gained cult status for capturing so brilliantly the mayhem of that time. Hutchence and Post were pinups for many kids growing up in the 1980s and `90s.

"Almost as much as Michael, she personified the film," says Richard Lowenstein. "She was quite amazing on that front, luminous in that role."

Casting Anna was difficult, he says, in part because she was based on a real person; he also wanted someone who knew the world the film depicted. "Having Ken Loach amibitions in my early life, I wasted a lot of time looking for people in the post-punk subculture."

Ultimately, it was clear Post was the one for the role, he says. "Does the camera like this person, not because they're pretty or handsome, but because there's an intelligence that comes out on camera, there's a humanity you can see in the eyes."

The chemistry apparent when testing Hutchence and Post is clear, Lowenstein says. "She has a strength and a screen presence, there's a lot of talking and no one's listening [in the film]. The emotional and inner acting, rather than how you say your lines. With Saskia it was fantastic, she was not only a great actress but she really lit up the cinema screen. It's a great shame that Australian cinema didn't have more role for her."

Her acting work post Dogs was sporadic: she had parts in the movies Bliss, the 1985 film based on Peter Carey’s novel, and in 1991 as a waitress in Proof. In one memorable scene in the latter, Hugo Weaving's character deliberately spills a glass of red wine on the table to get her attention.

Post also appeared on stage in Melbourne and Sydney occasionally, including playing the lead role in Oscar Wilde’s Salome, inVincent in Brixton at Red Stitch, and in Rhondda Johnson’s Skin, controversially staged in a Melbourne CBD brothel in 1995. 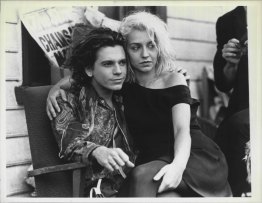 Michael Hutchence as Sam and Post as Anna in Richard Lowenstein’s ‘Dogs In Space’.

In 1961 in Martinez, California, Saskia Steenkamer was born to Dutch parents, who moved to Australia in 1975. She studied acting and singing at high school, then spent a year doing acting workshops and dance classes in Sydney. A degree in drama and arts at the University of New South Wales beckoned but she quit after 12 months to study full-time at The Drama Studio. In 1982, the hugely popular TV soap The Sullivans brought her to Melbourne to play Dutch refugee, Julianna Sleven. She would later appear in Sons and Daughters, Return to Eden and A Country Practice.

In recent years, she lived in Trentham, working at the local primary school as an integration aide. She was also involved with the local youth group and a drama tutor. Trentham District Primary School principal Andrew Zollia said she was confident and creative, very kind and gentle with the kids and much-loved.

Journalist Caleb Cluff worked with Post in the 1990s at the Morgan Gallup Poll in Melbourne, "the go-to for actors and musicians and artists then". He says she was an astonishing actress and a really considered person.

"People loved her … She was a really caring and gentle person, quite steely and self-possessed, and she would give really quiet and good advice about life," he says. "I think she knew a bit more about life than a lot of us; she'd lived overseas, her parents had come through the war, so she had a really fascinating outlook and quite a deep spiritual outlook later on too."

"In Trentham, she had found a place where she was happy and she was contributing, connected to people through teaching, giving people direction through working in art. It was a place where she found a certain solitude and peace."

Writing about her this week in Ballarat Courier, Cluff said Post had an easy presence, “despite the fact anyone who met her and knew about her performances was usually in awe and somewhat starstruck.”

He described her as “whip-smart, unable to be hoodwinked and always interested in people.” 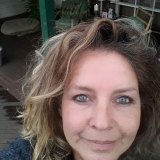 Theatre producer and director Roberto Chuter wrote she is “one of my favourite people/actors: beauty, dignity, curiosity, talent, kind, independence and a lot more”.

Post was hospitalized in January, at which time a crowd-funding campaign was set up.

In an interview with Fairfax in 1996, the actor spoke to Chris Beck about the passing of time. “One day you wake up and go: 'Oh my god, all those years have gone'. Suddenly you realise you are not going to live forever… It's this whole awareness of mortality I suppose.”

Speaking about our society’s lack of death culture and ignorance of rituals compared with other cultures that celebrate death, Post said: "Death is a part of life. It's the only thing we are sure of, but it's the only thing, en masse, our culture very much denies."

Daughters of the ‘Real Housewives’: Where are they now?

We know soft drinks are bad for us but our thirst remains. Why?

Largest offshore wind farm approved in the US