From the wisdom of a Buddhist monk to a medic’s black humour, slip one of these books into a loved one’s stocking to give some real Christmas cheer 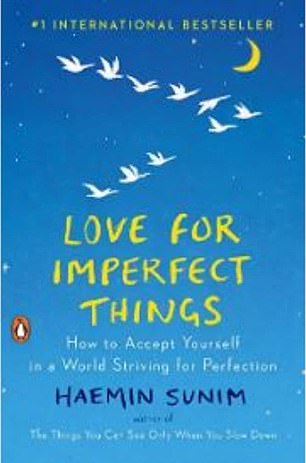 Haemin Sunim is a Zen Buddhist teacher, and author of in Love For Imperfect Things (pictured)

Should it all get a bit much for you this Christmas, console yourself with the thought that at least you’re not working as a doctor in an NHS maternity ward. Such was the fate for several years of Adam Kay, author of the runaway bestseller This Is Going To Hurt, who returns with his ‘difficult second album’, Twas The Nightshift Before Christmas (Picador £9.99).

Kay’s first festive period on duty is so busy that Christmas dinner — not taken until 5pm — consists of ‘stolen toast from the ward kitchen, served with low-ranking Quality Streets’.

One baby is delivered as a nearby radio plays Christmas classics, including the famous song by Johnny Mathis, prompting the woman giving birth to yell: ‘No, Johnny. That is not what happens when a child is born.’ Another woman is informed that she’ll have to undergo a caesarean section.

She groans. ‘My other one was born on Christmas Day, too. Everyone’s going to think I do this deliberately to save on presents.’

The Life Scientific: Inventors (W&N, £18.99) is one of a series of books inspired by the brilliant Radio 4 series in which Jim Al-Khalili interviews scientists about their careers.

Here, we learn about the thermostatic control which prevents overheating in the electric motor driving your car’s windscreen wipers. It’s called an Otter G: the man who invented it (John C. Taylor) was working for Otter Controls, and whenever he showed it to people they said: ‘Gee whizz! That’s small.’

Back in the 1960s, the computer coding pioneer Stephanie Shirley was working from home with a young baby, but didn’t want clients to know that. So when they rang up she played a tape-recording of several typewriters being used in the background. Her company was eventually worth half a billion pounds.

Not long before he died, the writer Laurie Lee gave a series of interviews for a TV documentary about Slad, the Gloucestershire village he made famous in his book Cider With Rosie. 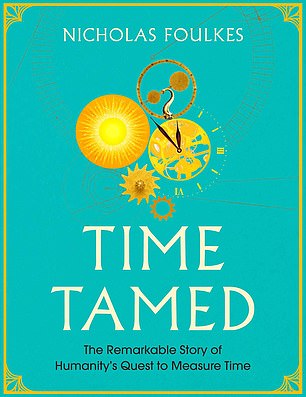 Transcripts of these have now been collected as Down In The Valley: A Writer’s Landscape (Penguin Classics £12.99), in which Lee reminisces about events such as harvest festival in the village pub, ‘the vicar going slowly green on cider’, and the time one of his friends gave a poetry reading at Cheltenham Ladies’ College.

Asked for advice by one of the girls, the friend replied: ‘Never get married, it’s death to poetry.’ As Lee recalls: ‘It made the teachers twitch a bit.’

The Boy, The Mole, The Fox And The Horse, by Charlie Mackesy (Penguin £16.99) chronicles the thoughts of the title characters as they wander and wonder. ‘Is your glass half empty or half full?’ asks the mole. ‘I think I’m grateful to have a glass,’ says the boy.

The mole’s favourite saying is: ‘If at first you don’t succeed, have some cake.’ You simply can’t argue with that.

Haemin Sunim is a Zen Buddhist teacher whose previous book, The Things You Can See Only When You Slow Down, sold over three million copies. He’s back with more life lessons in Love For Imperfect Things (Penguin £9.99). These take the form of poems, such as: ‘It’s OK not to be ranked first, second or even third. Compare yourself not with others, but with the old you.’

The jacket of Quicksand Tales: The Misadventures Of Keggie Carew (Canongate £16.99) refers to the author’s talent for ‘turning embarrassment into gold’ in prose that will make you ‘laugh, wince and curl your toes’. Actually, Carew’s recollections are slightly darker than you’d expect from that description, less cringe-a-thon, more reflection on life’s vicissitudes. But I did chuckle when she breaks into someone’s house to retrieve her stolen possessions. First rule in such cases: make sure you get the right house.

Nicholas Foulkes’s Time Tamed (Simon & Schuster £25) is a wonderful account of how mankind has measured the fourth dimension these past few thousand years. We see Omega Speedmasters with extra-long straps so NASA’s moonwalkers can wear them outside their spacesuits, and learn that until 1872 the Japanese gave the hours names rather than numbers. Midday was ‘horse o’clock’, midnight was ‘rat o’clock’.

Even if you judge books solely on the number of words for your money, Gyles Brandreth’s Dancing By The Light Of The Moon (Penguin £14.99) would be a winner.

Brandreth provides over 400 pages of top-notch poems by everyone from Shakespeare to Simon Armitage.

But his mission is to get you learning the poems by heart. Apparently this improves your academic performance, your happiness, your resistance to dementia — even your love life.

If you want a poem that teaches you something — especially at Christmas — try A Word To Husbands by Ogden Nash: ‘To keep your marriage brimming / With love in the loving cup / Whenever you’re wrong, admit it; / Whenever you’re right, shut up.’

Have yourself a merry little quiz-mas 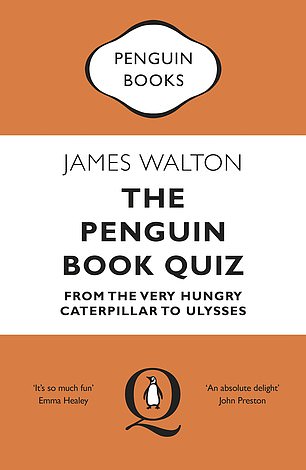 ‘Tis the season to be jolly, and as there’s nothing less jolly than enforced jolliness, you need Abject Quizzery: The Utterly Depressing Quiz Book (Old Street £12.99).

With its cover quote ‘No fun for all the family’, this hilarious book poses questions on (supposedly) depressing topics such as death, disaster and crime. The link between a group of famous tyrants, for instance, is that they were all honoured guests at Buckingham Palace. Apparently, the Shah of Persia, on his 1873 visit, refused the use of the royal lavatories and went wherever the spirit moved him.

The Round Britain Quiz Book (BBC £12.99) contains 250 delightfully cryptic questions from the long-running Radio 4 programme. For example: ‘In a sentence, can you say: what a revered England goalie does to protect his earnings; how a stellar guitarist’s manager responds to a request for his client; and how a Yorkshire announcer preserves his vegetables?’ (The answers are at the end of this round-up.)

Title of Most Fiendish Book goes to Conundrum: Crack The Ultimate Cipher Challenge (Icon £8.99) by the ever-excellent science writer Brian Clegg. Each answer provides a character, number or word, all of which build up into another answer, which you then have to enter online, and if you’re the first person to do so, you’ll be selected as the next head of MI6. (I may have got bits of that wrong.)

I felt rather chuffed at getting the first question right: ‘Decrypt the title of this well-known novel: ‘YMJ HFYHMJW NS YMJ WDJ’.’ (For each letter count back five letters in the alphabet, so Y becomes T, etc.) After that things went progressively less well. Many quiz books are really just standard puzzles — wordsearches, sudokus and the like — ‘themed’ to the title in question. For instance, The Classic FM Puzzle Book (Octopus £12.99) has a ‘sudo-key’ which replaces the numbers 1 to 9 with the letters A to G plus ‘major’ and ‘minor’.

But the book is no less entertaining for that, and also contains some fascinating stories, such as the one about composer Jean-Baptiste Lully stabbing himself in the foot with his conducting staff while beating time. (He died from gangrene.)

Similarly in Sinclair McKay’s The Scotland Yard Puzzle Book (Headline, £12.99), we learn that the first Old Bailey case to use fingerprints in evidence (1902) concerned the theft of billiard balls.

Other books really do stick to their theme, providing great entertainment and information. James Walton’s The Penguin Book Quiz (Penguin £9.99) reveals that Allen Lane, founder of the publishing house in question, had a guard of honour at his wedding formed by two lines of cardboard penguins.

The Movie Quiz Book (Laurence King £12.99) quotes Liberace: ‘I’ve done my bit for motion pictures. I’ve stopped making them.’ And The Vintage Geek Quiz Book (September £12.99) allows Marshall Julius to indulge his love of all things nerdy, from Doctor Who via James Bond to The Simpsons.

ANSWERS: Round Britain Quiz: Their names are all sentences: Gordon Banks, Brian May (‘stellar’ because he has a PhD in space studies) and the BBC newsreader Wilfred Pickles. Conundrum: The Catcher In The Rye.