Home » Lifestyle » So in Love! Halle Berry and Van Hunt Debut Their Romance at the Oscars

It’s official! Halle Berry and Van Hunt took the next step in their relationship, making their red carpet debut at the 2021 Oscars.

See What the Stars Wore to the Oscars Red Carpet

Berry, 54, who showed off a new blunt bob and baby bang hairstyle, was joined by Hunt, 51, on Sunday, April 25, at Union Station in Los Angeles. The Oscar presenter stole the red carpet in a stunning lavender Dolce & Gabbana gown. 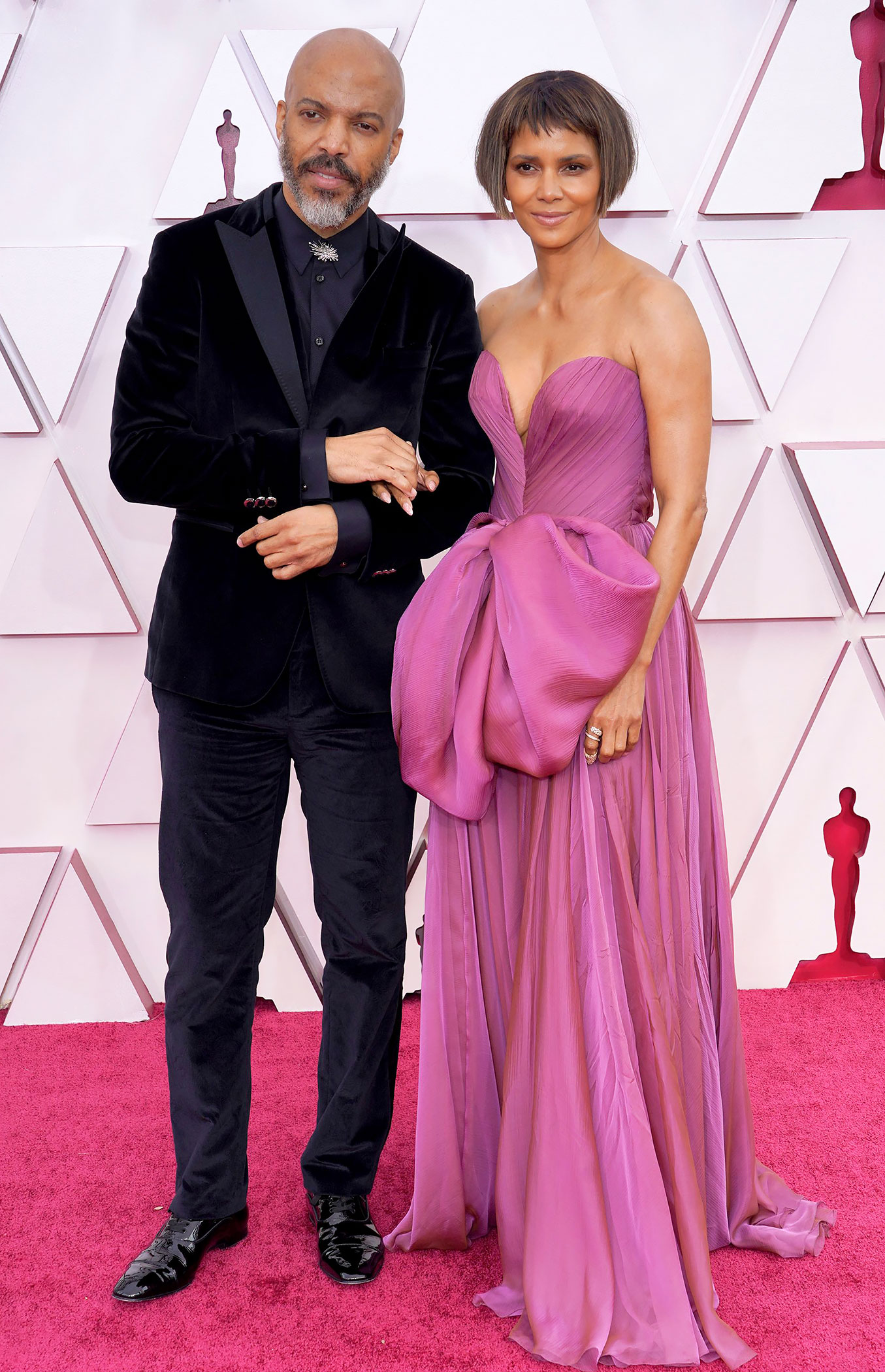 The couple first went public with their relationship in September 2020.

“Now ya know… ♥️??,” the Perfect Stranger actress teased via Instagram at the time, wearing a shirt with Hunt’s name on it and holding a drink in her hand.

Two weeks later, the singer posted a PDA picture with Berry. “Kisses land softly,” he captioned the snapshot of Berry kissing his cheek.

A month earlier, the Extant alum hinted that there was someone new in her life while celebrating her birthday in August 2020. She thanked her fans and loved ones for making her day “extra special” and shared a photo of her feet intertwined with someone else’s in bed.

Since then, the pair have continued to have a “great relationship” that could lead to marriage, a source exclusively revealed to Us Weekly.

“Halle absolutely believes Van is the one for her,” the insider shared in February. “[She] can see herself settling down with him.”

The “Dust” singer, “really brings out the fun side of Halle,” the source told Us, noting Hunt is “creative and funny and constantly challenging Halle and making her laugh.”

“Van is head over heels for Halle,” the insider added. “It’s adorable to see how much he is infatuated with her.”

The Catwoman actress has previously shut down criticism about her love life after a troll said she “can’t keep a man.”

See the Hottest Hair and Makeup at the Oscars!

Berry responded via Instagram in February writing, “Who said I wanted to keep them? I’m all about living your best life, if you make a wrong move, course correct and re-spin and start again!”

The Kingsman: The Golden Circle actress has continued to enjoy her relationship and gush about her new man on social media.

“A real woman can do it all by herself, but a real MAN won’t let her. Happy birthday VanO. I only wish I’d known you sooner so I could have loved you longer!” the actress captioned a birthday post to Hunt via Instagram in March.

Demi Lovato Fights Herself in ‘I Love Me’ Music Video