GARETH SOUTHGATE has issued an SOS plea to Prem clubs: Help me take a fit England to the World Cup.

Manager Southgate faces as little as FIVE DAYS of training with his full 23-man squad before the tournament kicks off in Qatar on November 21 next year. 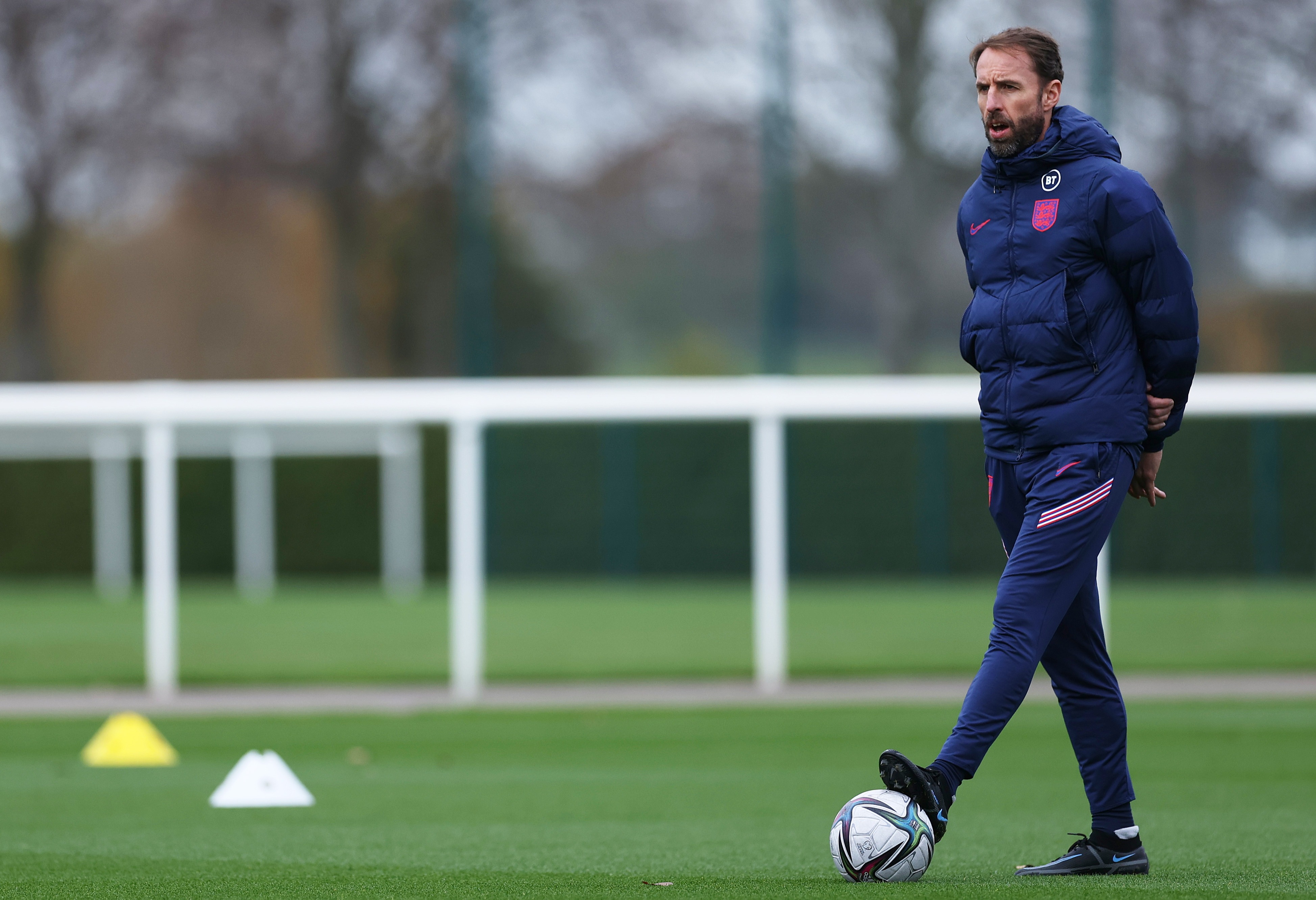 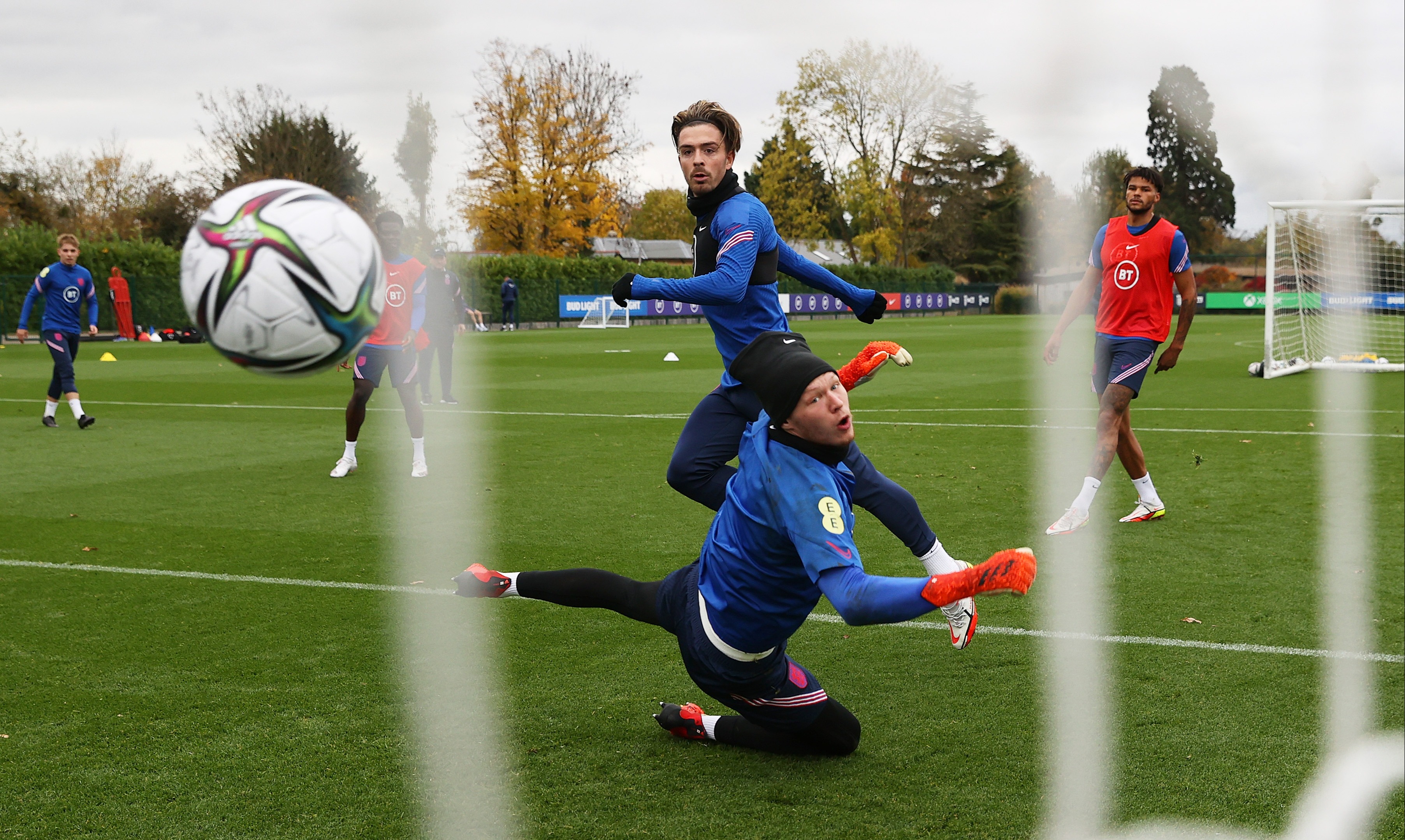 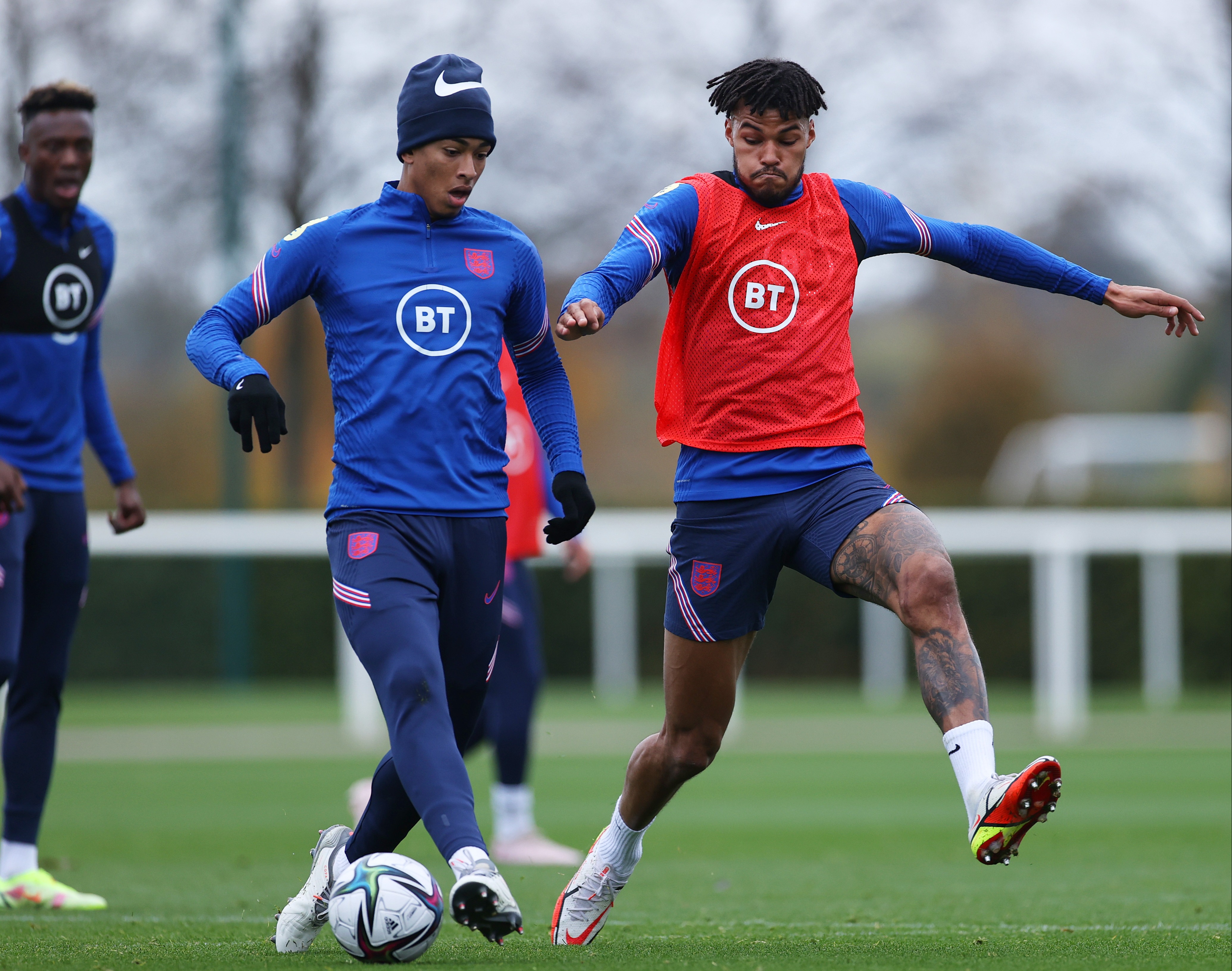 And Southgate said: “We hope to get the help of clubs because, medically, you can’t always get the full picture until the players are with us.

“Because the turnaround is so tight, we are going to need more insight.”

Southgate had 28 days with his players before the last World Cup — when England made the semis.

But this time he has only eight days, with one day set aside for flying to Qatar and two for players to rest after Prem games.

He may have further problems if unvaccinated players refuse Covid jabs before the World Cup.

Qatar currently insists on a seven-day quarantine for unvaccinated visitors.

Southgate added: “Ahead of Russia we had 28 days with the first group of players that arrived, so the difference is stark.

“The players will have played on the Saturday and Sunday so they won’t be able to train for the first couple of days.

“Then I’m assuming we’ll have to fly in as, normally, you have to be in country five days ahead of the tournament.

“But then all countries will be pretty much in the same boat, so there’s no use moaning about it.

“It’s just going to be a different sort of preparation. And that’s a good, stimulating challenge for us as a group.” 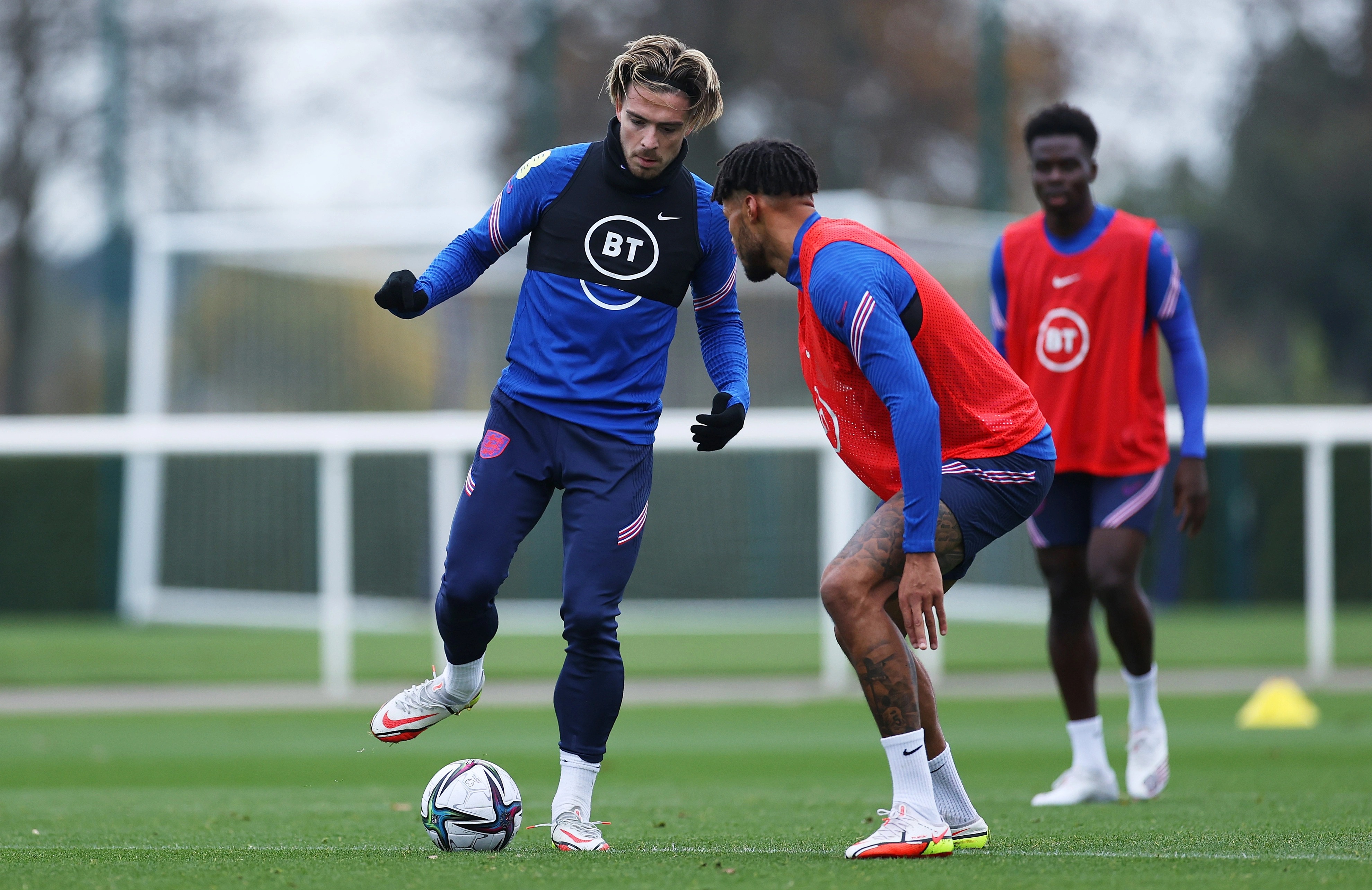 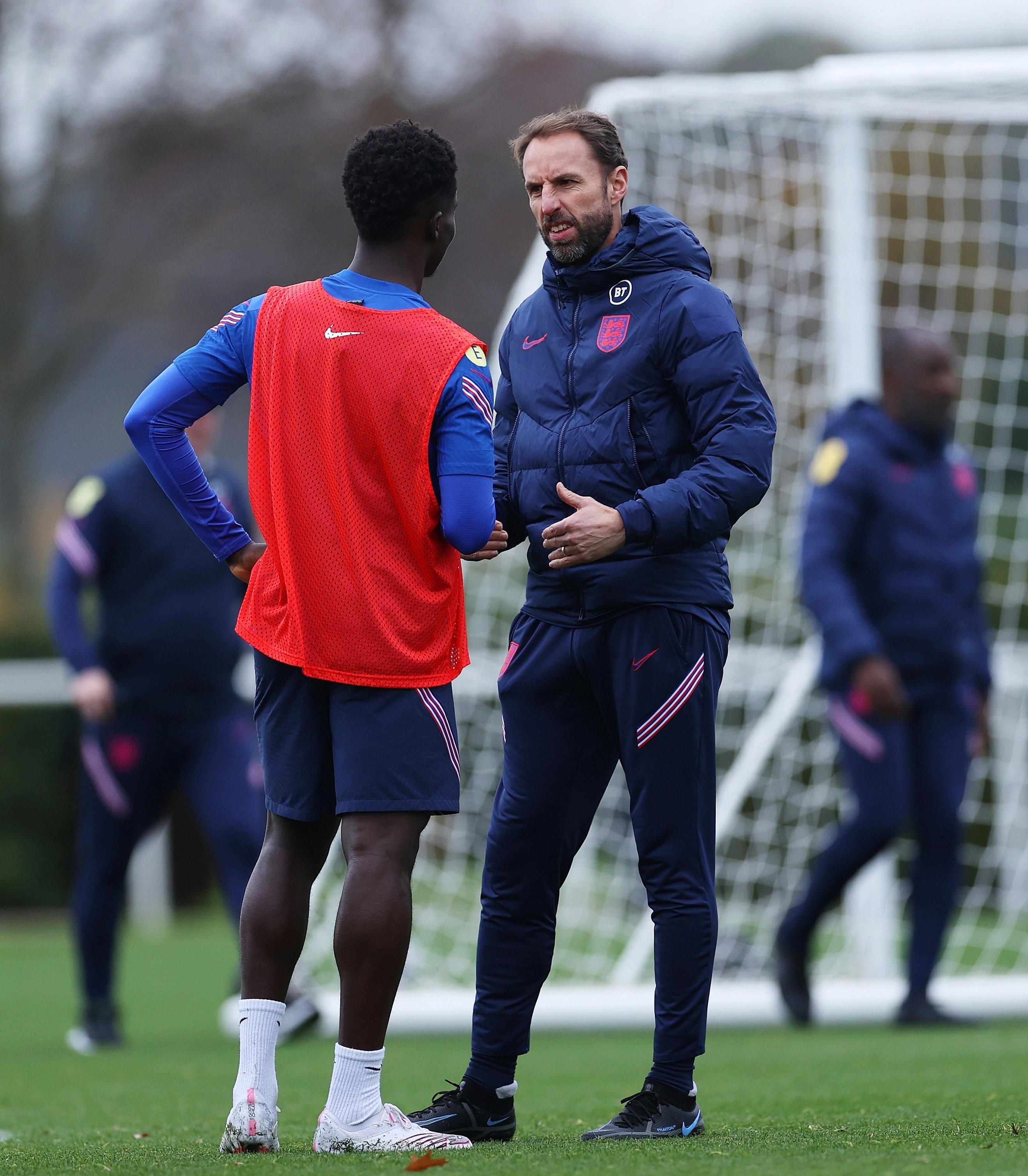 For years England chiefs complained that their players were so tired by the end of a domestic season that they could not perform at their best.

Ahead of Russia we had 28 days with the first group of players that arrived, so the difference is stark.

He said: “Next season is unique. Normally we go into tournaments picking up the pieces at the end of a season but this will be during the season. The unknown is what will happen with the tight turnaround.

“Sometimes any injuries picked up before summer tournaments, you can have a few weeks to get things right.

“That won’t be possible for any of the countries, so everybody is going to have to select their squad in a very short period of time. It is going to be key to get those decisions right.”

And that means, more than ever, that Southgate will need co-operation from the clubs. He added: “Without a doubt, medically we will hope to get the help of clubs because you can’t always get the full picture until the players are with us.

“And because the turnaround is so tight, we are going to need a bit more insight. The other side is that clubs have got their own schedules to run and we never want to interfere with players when they’re in that situation.

“So I’m always respectful when they’re competing with their clubs to pick the right moment to visit.  But every club has always allowed us that opportunity and we’ve got to make sure we keep it as much as we can.”

Without a doubt, medically we will hope to get the help of clubs because you can’t always get the full picture until the players are with us.

It would be a huge pity for the Three Lions if the punishing schedule affected Southgate’s ability to take his strongest squad to Qatar.

Because, on the evidence of Friday night’s thrashing, it would be an outstanding group. The starting XI was close to Southgate’s current first-choice side, and they duly pummelled Albania with five goals in the first half.

There were no more goals, but the England fans in the 80,000 Wembley crowd will have gone away excited about the team’s prospects at the World Cup.

Given the potential for any number of bumps and bruises on the road to Qatar, Southgate is playing down expectations — for now at least.

But even he had to acknowledge the potential for his side to build on the achievements of the last two tournaments. Southgate said: “We have shown over the last couple of years that we’ve got some really good strength in depth.

“I think that there is still a long way to go and room for improvement.

“Even against Albania we played exceptionally well in the first half but gave away three balls that could have ended up in the back of our net.

“So we’ve got to keep evolving and keep improving.

“There is depth — but we’ve always had depth in this country.

“I’m not convinced that our players are better than the team in 2004 or 2006 and that sort of period.

“But this group have got a lot of potential and have really blended well as a team.

“They have formed a strong bond and the way they have worked for each other has produced some good performances and exceptional results.”

Best horse racing tips: With a 65-1 double and 20-1 winner breaking the bank we reveal top bets for Monday