Home » Lifestyle » STEPHEN GLOVER: I pray this is the end of Boris the bounder

I pray this is the end of Boris the bounder: STEPHEN GLOVER hopes impending parenthood with fiancee Carrie Symonds will finally tame Prime Minister’s wandering ways

The revelation that Carrie Symonds is several months pregnant, and that she and Boris Johnson are to marry at some unspecified date, reminds us that a handful of politicians are not judged by the same moral standards as their peers. Mr Johnson is one of this tiny group.

A normal, greyish, run-of-the-mill politician who had enjoyed a sex life half as rackety as Boris’s would have been widely pilloried, and surely could not have survived. But the PM sails through turbulent seas of his own creation virtually unblemished.

Three marriages (including the impending tying-of-the-knot with Carrie), multiple affairs and at least one illegitimate child have occasioned wonder, but relatively little moral censure. 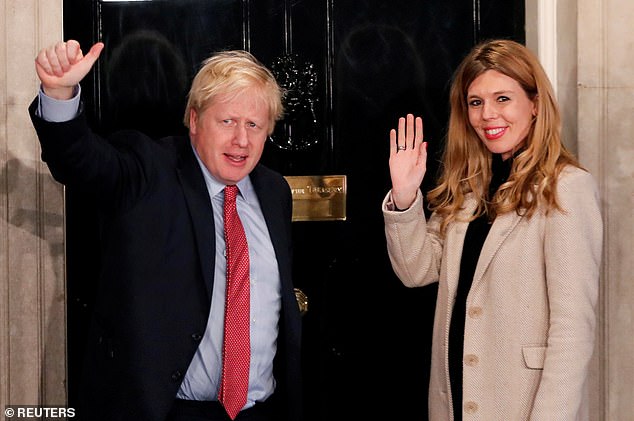 The revelation that Carrie Symonds is several months pregnant, and that she and Boris Johnson are to marry at some unspecified date, reminds us that a handful of politicians are not judged by the same moral standards as their peers. Mr Johnson is one of this tiny group, writes STEPHEN GLOVER

Nor have many eyebrows been raised at Ms Symonds’ disclosure via Instagram that she and Mr Johnson have been engaged since the end of last year, even though a financial settlement winding up the PM’s 27-year marriage to Marina Wheeler was achieved only days ago.

What is it about Boris? Society is undoubtedly more liberal in its sexual mores than it was 30 or 40 years ago, but this does not really explain why he is cut so much more slack than any other leading politician.

There are a few precedents. In the 19th century, when the public was markedly more judgmental than now, the antics of swashbuckling Liberal PM Lord Palmerston were apparently tolerated.

At the 1865 election, Conservative officials thought they could damage the 80-year-old Lothario by spreading the rumour that he had fathered an illegitimate child. Benjamin Disraeli advised against it. ‘Don’t,’ he said. ‘He would sweep the country.’

The truth is that Mr Johnson’s frankly sometimes pretty caddish behaviour has already been factored in. As Lord Palmerston’s sexual exploits were not held against him, so Boris’s shenanigans have been either indulged or disregarded. 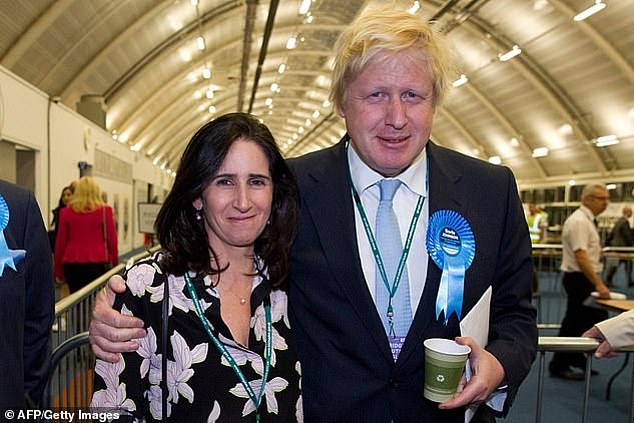 Part of the reason is that Mr Johnson does not pretend to be better than he is. He has not mounted his moral high horse by lecturing others on their sexual behaviour. His opponents on the Left are hamstrung by their oft-stated view that the private lives of politicians should remain off-limits. They are therefore unable to develop a link between the Prime Minister’s untruthfulness in the public and personal spheres.

Thus Tony Blair’s former sidekick Alastair Campbell felt able to criticise Mr Johnson yesterday, but only for making his announcement so as to draw attention from the incendiary resignation of Home Office official Sir Philip Rutnam. No one on the Left dares to play the moral card.

Meanwhile, on the Right even social Conservatives tend to smother whatever misgivings they may have about Mr Johnson’s behaviour, because they believe he is the man to deliver Brexit and know that he has kept Jeremy Corbyn, and his countless lunatic ideas, at bay.

All this explains why Boris’s divorce, Carrie’s pregnancy and the impending nuptials — together, all wholly unprecedented so far as any occupant of No 10 is concerned — are unlikely to cause much political kerfuffle.

‘Good on yer, Boris’ will probably be the widespread response on the part of most of the general public at the news that our 55-year-old Prime Minister is going to become a father again. 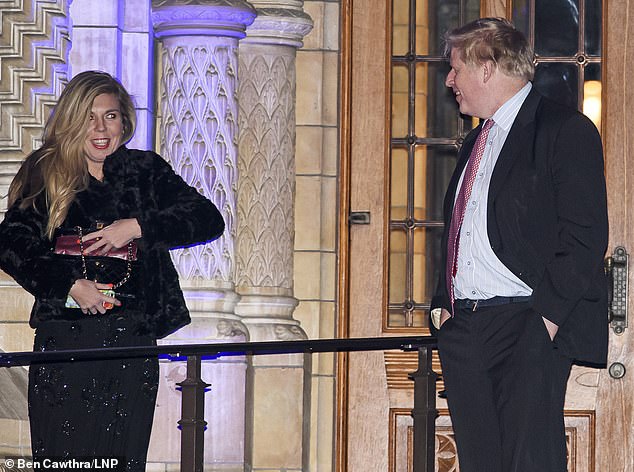 Carrie is plainly a very determined woman. I happen to have once known her father extremely well, and found him to be one of the most driven people I have ever met, writes STEPHEN GLOVER. Pictured: Mr Johnson and Ms Symonds in 2018

However, it doesn’t follow that people will tolerate any amount of bounderish behaviour by Mr Johnson. He is, after all, now in the spotlight to an extent that he has never been before.

Despite the public’s general indulgence of his previous excursions, I believe Boris would be mistaken to run away with the idea that people will cheerfully put up with any similar behaviour in the future.

He may, of course, have finally settled down and put his old ways behind him. For everyone’s sake, let’s hope so. But I doubt he would be able to play fast and loose with the mother of his new child, and the chatelaine of No 10, with the same carelessness he has shown in the past.

Even the once-roaming Mr Johnson will now be expected to conform to the standards most of humanity observes. He would be unwise to assume that sexual forays will be endlessly indulged.

Moreover, Carrie is plainly a very determined woman. I happen to have once known her father extremely well, and found him to be one of the most driven people I have ever met. Though she is said not to be on particularly warm terms with Matthew Symonds, she seemingly takes after him.

Sources close to Boris and Carrie reportedly say that marriage and a baby were ‘non-negotiable’ for her.

‘That is what she has always wanted; a condition of their relationship, almost.’

Now this steely lady has got what she has been aiming for. Whether a third marriage, and another child, are what Mr Johnson has in his heart been yearning for at his age — well, that remains to be seen.

We can only hope that both of them are equally happy with what they have got, and that the tumultuous soap opera of Boris’s love life recedes into the background as he gets down to the very serious business of running the country.

The Brilliant Stupidity of Robert Palmer’s 1986 No. 1 Hit, ‘Addicted to Love’