Home » Lifestyle » Stone me! A house with a four-billion year-old boot scraper

West Kennet Long Barrow has been standing amid the downs of North Wiltshire since around 3650 BC — a thousand years before the first Egyptian pyramid was so much as a gleam in a Pharaoh’s eye.

And you can still crawl inside it. This is wonder enough for most visitors — although some like to light candles, smoke exotic cigarettes and play ‘shamanic’ drums. It takes all sorts.

But for Andrew Ziminski, who has been a stonemason for 30 years, there are more practical wonders to ponder: how on earth those massive roof stones were set in place, for instance? And, at a glance, he can pick out a patch of stone as ‘smooth as glass’, where the original barrow-builders must have sharpened their stone axe-heads. 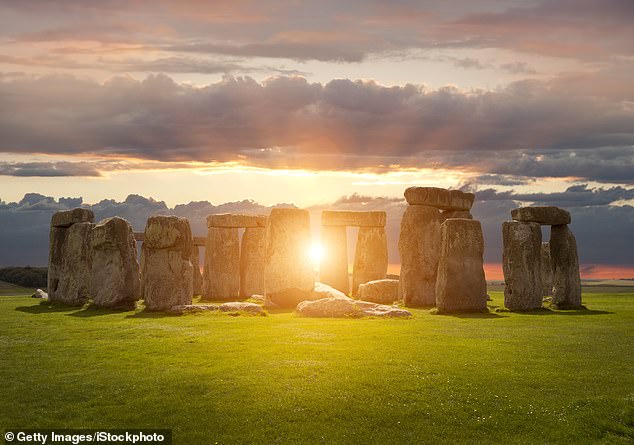 Andrew Ziminski who has been a stonemason for 30 years, examines Britain’s greatest structures including Stonehenge (pictured) in a new book

Whilst erudite and well-read (without possessing a single O-level), it’s the author’s eagerness to experience the past physically which sets him apart from drier academic historians. As a stonemason, he sees many things in our geology, our fossils and fosses, henges and holy places, which the ordinary eye might miss, and it’s this which makes his time travels so rivetingly alive and detailed.

How many people, one wonders, would spend a night like he does, actually sleeping inside West Kennet Long Barrow in an ‘ineffectual sleeping bag’, his torch picking out of the enveloping darkness the ‘tiny beads of condensation’ and ‘the eyes of cave spiders’?

His book might more simply be called A Stonemason’s History Of Britain. For Andrew Ziminski, a descendant of Polish immigrants, is a man who has devoted himself to lovingly preserving some of Britain’s greatest buildings and structures, from Salisbury Cathedral to the Roman remains at Bath, from Stonehenge to St Paul’s, as well as the ‘engine houses, mills and aqueducts of the Industrial Revolution’. He reminds us that hominids were shaping and using stone tools before our own species, Homo sapiens, even evolved. A sharp cutting edge was first chipped from a flint more than three million years ago, and ‘the shaping of stones is our species’ most ancient skill’.

The availability of flint is one of many reasons why Wiltshire became such a heartland of ancient Britain, with West Kennet Long Barrow just one site in ‘a vast ritual landscape’.

Others include the stone circles of Avebury and Stonehenge, of course, and the extraordinary 129 ft-tall Silbury Hill, from around 2400 BC, which ‘would have been scoured and chalk-white, the biggest single human endeavour undertaken in prehistoric Europe’. To this day, its purpose remains a total mystery.

Another mystery, long pondered, is how the builders of Stonehenge managed to transport those 30-ton bluestones all the way from the Preseli Hills in West Wales. Again taking the viewpoint of the practical workman, Ziminski calculates that these colossal megaliths could have been floated all the way up the Severn and then up the Avon into Wiltshire, on a raft of ‘six one-yard-thick trunks about 20 ft long’. A phenomenal achievement, but not impossible. 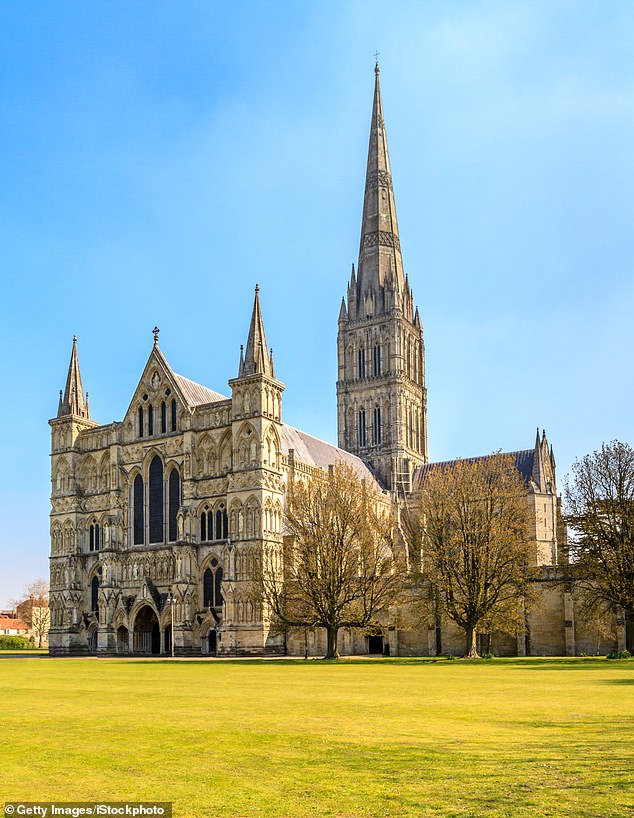 Working in stone, the most unchanging of mediums, he is reminded of the deep past at every turn. Once, in a quarry in Somerset, he split open a slab of Blue Lias limestone ‘only to reveal the shoulder blade of a young plesiosaur, a long-necked carnivorous marine reptile that died out about 65 million years ago’.

And, not far from Stonehenge, a country house by the Avon had for generations a strange spherical boot scraper outside the front door. It’s now in Salisbury Museum — it turned out to be a kind of meteorite, mostly composed of iron, about 4.5 billion years old, more or less.

At times he seems to have an almost visionary relation to the past. On the Somerset Levels, he writes: ‘I imagined the shallow lakes criss-crossed with planked trackways built on wooden stakes hammered into the peat.’

While paddling down a river in his canoe, Laughing Water, he sees a stand of ancient yews, ‘gnarled and hollowed-out trees . . . already thousands of years old when the Viking King Cnut harried his way along the valley under the raven banner in the year 1015 as he ravaged Wessex, while the Saxon King Aethelred lay ill’.

Number of pillars in Salisbury Cathedral, equal to hours in a year

Ziminski’s writing is also vividly evocative and craftsmanlike: the pools of Roman Bath Aquae Sulis, for instance, smell like ‘an old egg boiling in an electric kettle’. (Spot on.) And there are touches of dry humour throughout. Bath’s soupy green waters frequently yield ancient curse stones, and one day he feels impelled to add one of his own.

‘To the most holy goddess Sulis, I curse him who damaged my black van and stole my Barbour and best Nilfix axe. Whether youth or man, crack smoker or otherwise, Goddess Sulis, inflict benefit withdrawal now, and further blackening of their teeth in the future, until he has returned these chattels to my black van.’

Despite the resilience of stone as a building material, nothing lasts for ever, and he is acutely conscious of time and decay — not to mention theft and vandalism.

He describes how the lovely Anglo-Saxon church of St Laurence’s, in Bradford-on-Avon, was once filled with jewelled chalices and ‘a Cross of burnished gold’, as an Anglo-Saxon described it. Today, it has long since been stripped of its treasures by Vikings and Puritans, yet retains ‘an austere beauty’, ‘one of the most evocative church interiors in Britain’. 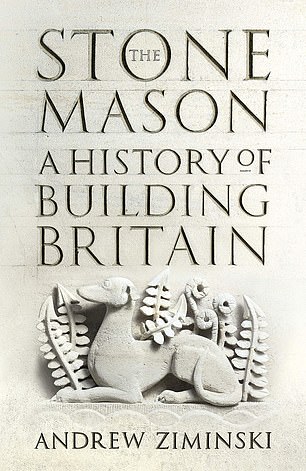 There was further loss at Avebury, where stones were taken to build a nearby chapel. Priceless medieval manuscripts were destroyed with the Dissolution of the Monasteries, and still more a century later, when Cromwell sold the remains of Malmesbury Abbey to one William Stumpe, a ‘wealthy clothier’.

A contemporary recorded that: ‘When [Stumpe] brewed a barrel of his special ale his use was to stop the bunghole with a sheet of manuscript; he said nothing did it so well, which did grieve me much to see.’

It’s a book full of surprises, too. A document of 1408 from York indicates there were female master-masons as well as male, called Dames. The Archbishop of Canterbury, from 669 to 690, was a Byzantine Greek, Theodore of Tarsus, while his colleague, the Abbot of St Peter’s and St Paul’s in Canterbury, was a North African Berber called Hadrian.

An even remoter influence was in that crucial architectural innovation called the ‘squinch’, which allows a dome or octagonal spire to sit on top of a square tower. He finds ‘its point of origin in Fars, Iran’, in the third century.

All in all, it’s a fascinating book, and a wise one.

He cites the composer Gustav Mahler for perhaps his most profound theme: ‘Tradition is not the worship of ashes, but the preservation of fire.’

Though I was also reminded of Shakespeare’s words in As You Like It: There are ‘books in the running brooks, sermons in stones . . .’

Madonna, 62, strips down to her underwear to tease ‘re-invention’