Stray dogs may be the ‘intermediary animal’ that spread coronavirus from bats to humans rather than pangolins, study finds

Stray dogs may have been the ‘intermediary animal’ that spread coronavirus from bats to humans — rather than pangolins, as previously thought — a study claimed.

Understanding how coronavirus came to infect humans is vital for discerning how the virus works — and for concocting vaccines and treatments to stop its spread.

Canadian researchers who analysed the coronavirus genome argue that only a transmission route via dogs can explain their findings.

However, the study has been met with criticism, with one researcher accusing it of being founded on ‘far too much inference and far too little direct data.’ 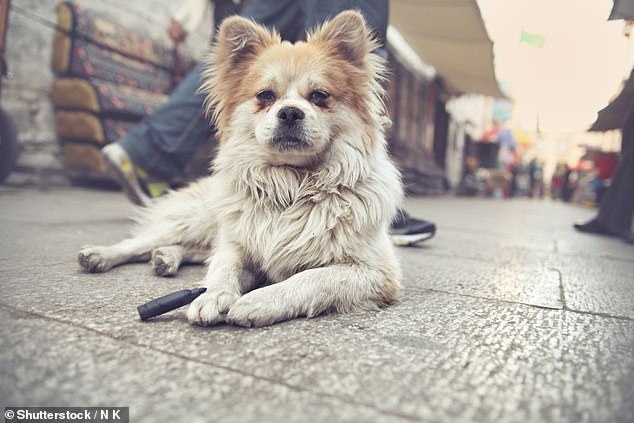 Stray dogs may have been the ‘intermediary animal’ that spread coronavirus from bats to humans — rather than pangolins, as previously thought — a study claimed (stock image)

Paper author and biologist Xuhua Xia of the University of Ottawa proposes a scenario in which ‘the coronavirus first spread from bats to stray dogs eating bat meat.’

‘The specific origins of SARS-CoV-2 are of vital interest in the current world health crisis,’ he added.

‘Our observations have allowed the formation of a new hypothesis for the origin and initial transmission.’

‘The ancestor of COVID-19 and its nearest relative — a bat coronavirus — infected the intestine of dogs, most likely resulting in a rapid evolution of the virus and its jump into humans.’

‘This suggests the importance of monitoring SARS-like coronaviruses in feral dogs in the fight against COVID-19.’

Pangolins — scaly mammals that resemble anteaters — were previously believed to have provided the key ‘staging post’ for the virus en route to entering humans.

However, a complex investigation of COVID-19 mutations has ruled them out as the direct source of the first human infection — an analysis that also ruled the possibility of the virus having passed directly from bats.

To have been transmitted from pangolins, the common ancestor of COVID-19 and coronavirus in pangolins would have had to have evolved in 1882 — and 1966 for bats.

This is simply ‘too far back in time’, said Prof Xia, explaining that dogs provide a far more plausible explanation for ho w the virus made the leap into humans.

The team’s conclusion was based on the analysis of chemical signatures taken from across a variety of species — including bats, pangolins, dogs, snakes and humans. 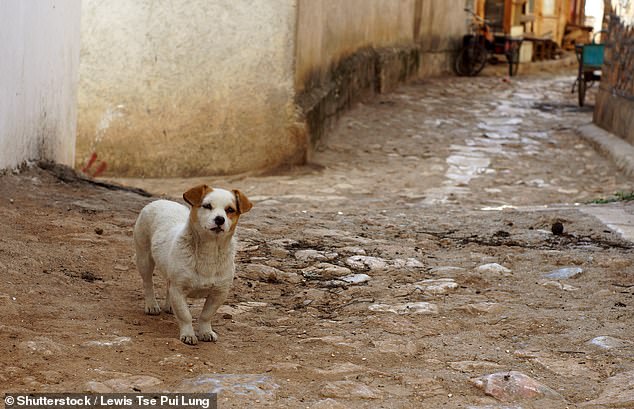 Understanding how coronavirus came to infect humans is vital for discerning how the virus works — and for concocting vaccines and treatments to stop its spread. Canadian researchers who analysed the coronavirus genome argue that only a transmission route via dogs can explain their findings

When viruses invade an animal, ‘battle scars’ are within the viral genome as it adapts and changes to fight off and evade the host’s immune system.

These flying mammals have been around for millions of years and have picked up a lot of viruses that have gone on to kill people — including Ebola, rabies and severe acute respiratory syndrome, or SARS.

Humans and bats don’t interact, however, so another animal is usually involved — and finding out which played this intermediary role will be crucial to eradicating COVID-19.

For instance, the 2002 SARS outbreak moved from horseshoe bats, into cat-like civets, before ultimately infecting humans.

In their study, Professor Xia and colleagues looked at a key antiviral protein — known as ZAP — which can stop a virus in its tracks by preventing its multiplication and degrading its genome.

It works by targeting a pair of chemical letters called ‘CpG dinucleotides’, which are located within the virus’ RNA genome — acting as a signpost that one’s immune system can use to help seek and destroy a virus.

ZAP ‘patrols’ the human lungs and is made in large amounts in the bone marrow and lymph nodes, the locations where the immune system first primes its attack.

However, some viruses — including the novel coronavirus — are capable of fighting back by reducing these CpG signposts, rendering the antiviral protein ineffective. 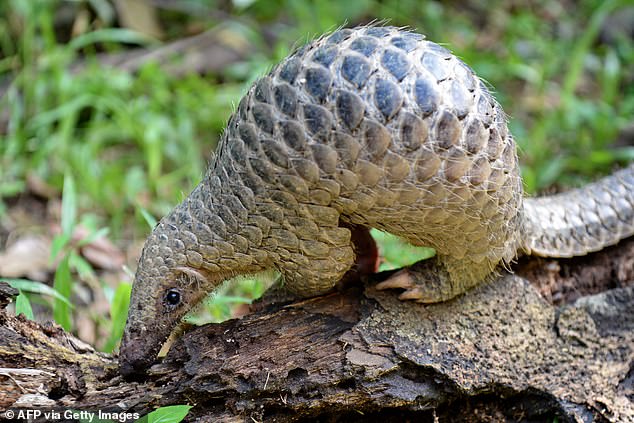 Pangolins, pictured — scaly mammals that resemble anteaters — were previously believed to have provided the key ‘staging post’ for the virus en route to entering humans

‘A virus with an increased amount of CpG would be better targeted by the host immune system, and result in reduced virulence, which would be akin to natural vaccines.’

According to Professor Xia, only genomes from dog coronaviruses have CpG values similar to those observed in COVID-19.

Dog coronaviruses also affect their host’s digestive system, entering via a protein called ACE2 — which is also made in humans’ intestines.

‘This is consistent with the interpretation the low CpG in COVID-19 was acquired by the [virus’] ancestor evolving in mammalian digestive systems,’ said Prof Xia.

‘[This] interpretation is further corroborated by a recent report that a high proportion of COVID-19 patients also suffer from digestive discomfort. In fact, 48.5 per cent presented with digestive symptoms as their chief complaint.’

Professor Xia said that dogs and humans were the only host species his team observed that produce coronavirus genomes with low genomic CpG values. 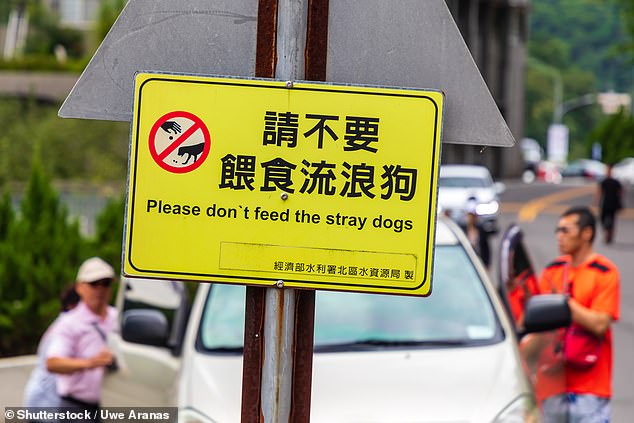 However, the study has been met with criticism, with one researcher accusing it of being founded on ‘far too much inference and far too little direct data.’

WHY DOES CORONAVIRUS CAUSE DIGESTIVE SYMPTOMS?

Chinese researchers believe COVID-19 appears to cause digestive symptoms because SARS-CoV-2 is similar to SARS-CoV and can invade the human body by binding to the human angiotensin converting enzyme 2 (ACE-2) receptor.

This can cause liver tissue injury by making too many liver cells, called hepatocytes, derived from ells in the bile duct.

Secondly, SARS-CoV-2 indirectly or directly damages the digestive system through an inflammatory response.

The chain reaction may injure the digestive system.

A study of the first 12 patients in the US found that one had reported diarrhoea as their initial symptom before they developed a fever and a cough.

Furthermore, stool samples from 7 out of 10 patients tested positive for COVID-19, including three of whom who had diarrhoea as a symptom.

Such would also explain the interchange between a gastrointestinal pathogen and a respiratory tract and lung pathogen.

‘In this context, it is significant the bat coronavirus was isolated from a faecal swab,’ Prof Xia added.

‘These observations are consistent with the hypothesis that COVID-19 has evolved in mammalian intestine or tissues associated with the intestine.’

The disease is believed to have begun in December at a seafood market in Wuhan, China, where wild animals — including marmots, birds, rabbits, bats and snakes — were traded.

Other researchers have cautioned against accepting the findings of the paper.

‘I find it difficult to understand how the author has been able to conclude anything from this study, or to hypothesise much, let alone that the virus causing COVID-19 may have evolved through dogs,’ said University of Cambridge veterinary medicine expert James Wood.

‘There is far too much inference and far too little direct data. I do not see anything in this paper to support this supposition and am concerned that this paper has been published in this journal.’

‘I do not believe that any dog owners should be concerned as a result of this work.’

The full findings of the study were published in the journal Molecular Biology and Evolution.