The Supermoon will appear later tonight when the Moon positions itself directly across from the Sun. Sometimes known as the Crow Moon or Lenten Moon, tonight’s March Worm Moon is the third Full Moon of the year.

In popular astronomy, a Supermoon only appears when a Full Moon approaches its lowest orbit of Earth, the lunar perigee.

When viewed from the UK, the Full Moon will peak in brightness at about 5.57pm GMT.

The lunar perigee will then peak at about 6.30am GMT on Tuesday, March 10.

But the Moon will be within 90 percent of perigee tonight, meaning it will officially be classed as a Supermoon.

How to watch the Supermoon live stream tonight:

Courtesy of the Virtual Telescope Project in Italy, you can watch the Supermoon spectacle here on Express.co.uk.

Dr Gianluca Masi, astrophysicist and founder of the Virtual Telescope Project, told Express.co.uk he will track the Moon as it cuts across the picturesque skyline of Rome.

“As always, we will share this event live on March 9, 2020, showing the Moon while it will rise above the skyline of Rome, with its legendary monuments.”

The free livestream is hosted above in the embedded YouTube player.

All you have to do later today is hit the red play button to enjoy the Supermoon from the comfort of your home.

The livestream is scheduled to kick off at 4.30pm GMT.

Dr Masi will be present during the broadcast to discuss some of the science behind the spectacle of nature. 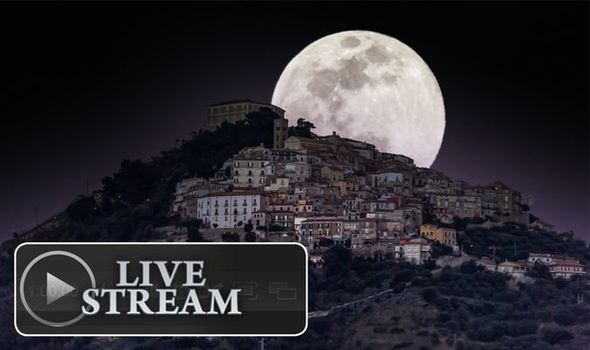 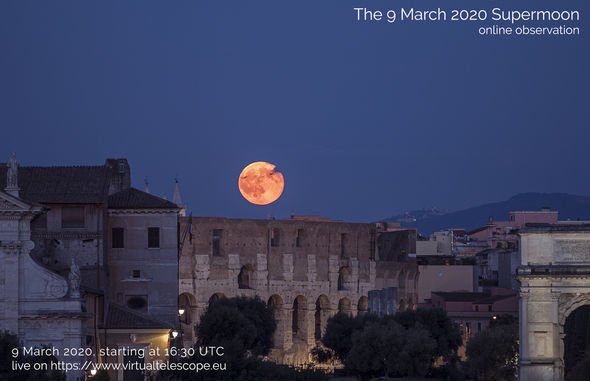 What is a Supermoon? What makes the Full Moon super?

A Supermoon describes a Full Moon close to its lunar perigee, or lowest orbit of our planet.

Because the Moon’s orbit is elliptic and not perfectly round, every night the Moon is closer or farther from our planet.

Dr Masi said: “Supermoon is a popular term indicating a Full Moon or New Moon happening when our satellite is close to its perigee, that is its minimum distance from the Earth.

“The term itself is of no scientific value: astronomers prefer to cal it perigee Full Moon but undoubtedly Supermoon is by far a much more charming name.” 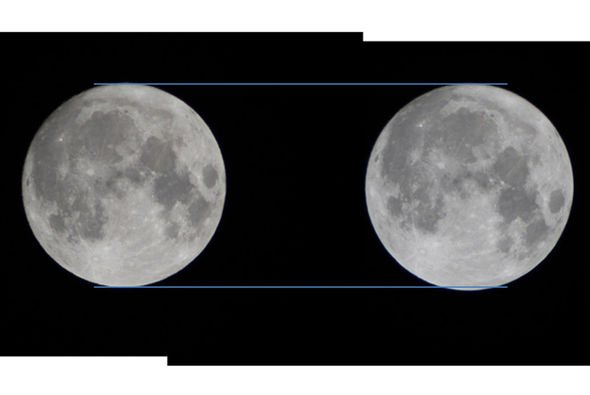 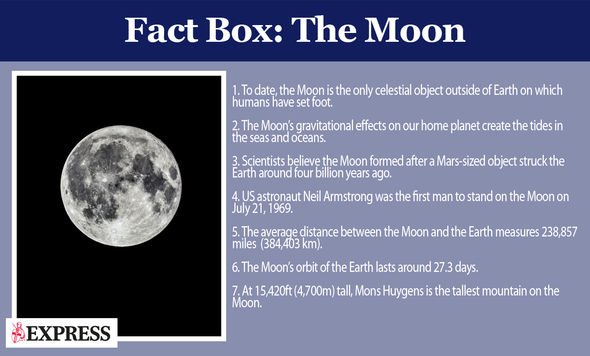 A Full Moon at lunar apogee is commonly referred to as a Micromoon.

The term Supermoon itself was coined in 1979 and has since captured the public’s imagination.

Dr Masi said: “The March 2020 Supermoon will appear a bit brighter and bigger than an average Full Moon but casual stargazers will not recognise this at their first glance, these are not really obvious variations but this adds charm to the event, a precious opportunity to admire our natural satellite in the night sky context, an increasingly overlooked and forgotten landscape.”

According to the astrophysicists, the spectacle is best enjoyed when the Moon rises or sets below the horizon.

He said: “During the twilight, the residual solar light scattered all around by our atmosphere allows us to admire the scenery, while the Full Moon rises or falls on the horizon.

“At night, the Full Moon is very bright, almost dazzling, compared to the darkness of the landscape.”