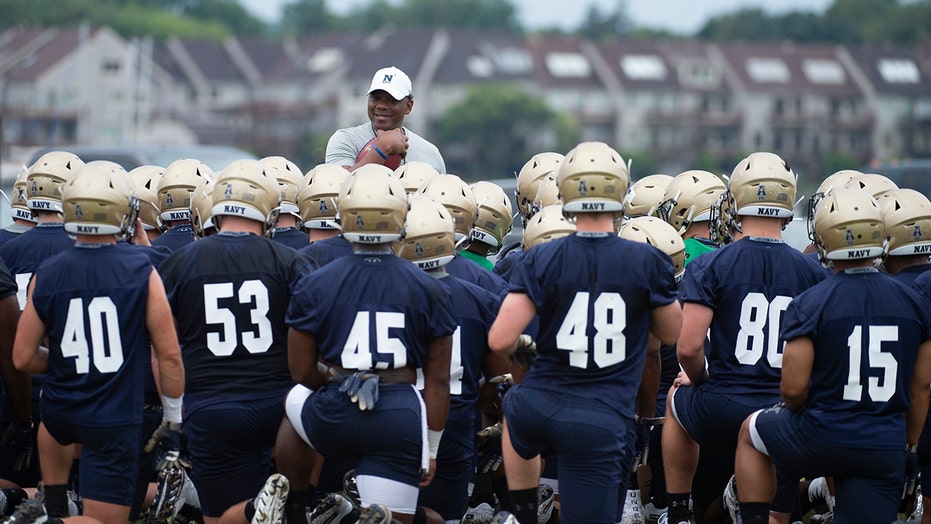 The annual Army-Navy game will be played this year despite the hurdles college football has had to go through to even get the season to this point during the coronavirus pandemic.

But one tradition isn’t being canceled because of the pandemic.

NO. 3 BUCKEYES AWAIT WORD ON 'THE GAME' WITH PLENTY AT STAKE

U.S. Naval Academy spokesperson Cmdr. Alana Garas told the Capital Gazette on Monday the longstanding tradition of painting the Tecumseh statue will not happen this year.

“During the pause, we are listening to those who consider the practice of painting Tecumseh inappropriate and offensive, as well as those who view it as a time-honored tradition,” she told the newspaper.

Instead, midshipmen will paint the panels underneath the cannons at the entrance of Tecumseh Court, according to the newspaper. Traditionally, the U.S. Naval Academy before the rivalry game and on other special occasions such as Commissioning Week. 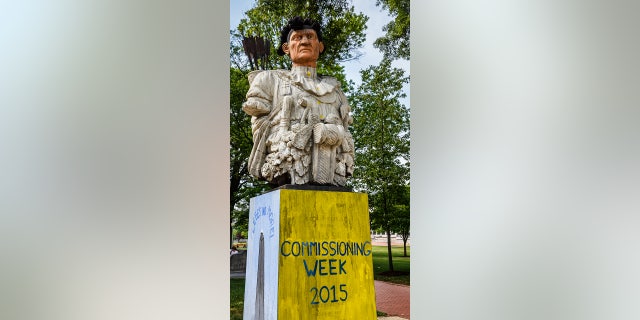 Garas told the Capital Gazette that the U.S. Naval Academy took input from alumni, faculty, and staff when making the decision to nix painting the statue. Garas said it’s the only statue on the grounds that honors Native Americans.

According to the paper, the statue is named after the leader of the Shawnee tribe but is modeled after the chief of the Delaware Indians, Tamanend. The bust was originally made of wood and was salvaged from the wreck of the old USS Delaware, which sunk during the Civil War.

“The builders of the ‘Delaware’ intended the figurehead to portray Tamanend, the great chief of the Delawares, a lover of peace and friend of William Penn,” a description from the U.S. Naval Academy Public Affairs Office reads. “But to the midshipmen of the period, there was nothing in the name of Tamanend to strike the imagination. The effigy was also known by various other names — Powhatan, King Phillip, and finally Tecumseh — a great warrior and thus heroic and appropriate to the midshipmen.”

The Naval Academy says the statue has also been dubbed “God of 2.0” – the minimum GPA to pass the academy. In tribute, the midshipmen would toss pennies toward the statue for good luck before tests and sporting events.

The Army-Navy game is set for Saturday afternoon.

Howard University students celebrate as Kamala Harris makes history: “One of our own in the White House”