In an “urgent announcement” over the weekend, the U.S. Consumer Product Safety Commission advised parents to stop using the Peloton Tread+ treadmill immediately. The announcement included disturbing video footage of a toddler being pulled under a Tread+ and struggling to escape. 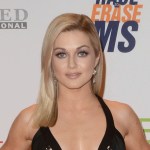 “The U.S. Consumer Product Safety Commission (CPSC) is warning consumers about the danger of popular Peloton Tread+ exercise machine after multiple incidents of small children and a pet being injured beneath the machines. The Commission has found that the public health and safety requires this notice to warn the public quickly of the hazard,” said a release from the CPSC.

In the video, the small child approaches the machine with a ball and is immediately sucked under, struggling to escape. At one point, his arms are being pulled beneath the machine while his head and neck are being forced backward by the moving tread. The video is available here but use discretion, as it might disturb some viewers.

The CPSC also added there is risk to children and pets even when an adult is using the machine, not just when children are playing on it unsupervised.

The CPSC made its announcement one month after Peloton revealed that a child was killed after a similar incident. All in all, 39 children have been hurt or killed by the Peloton Tread+.

In a statement calling the CPSC’s announcement “inaccurate” and “misleading”, Peloton representatives said, “There is no reason to stop using the Tread+, as long as all warnings and safety instructions are followed,” the fitness company wrote in a press release. “Children under 16 should never use the Tread+, and Members should keep children, pets, and objects away from the Tread+ at all times.”

In order to avoid such tragedies, owners are supposed to remove the operating key from the treadmill and keep it out of reach of children.

“Peloton is disappointed that, despite its offers of collaboration, and despite the fact that the Tread+ complies with all applicable safety standards, CPSC was unwilling to engage in any meaningful discussions with Peloton before issuing its inaccurate and misleading press release,” the statement said.

Other treadmills have caused accidents involving children, so please check the safety manual for the proper way to keep your kids safe, no matter which brand you have at home.

We’ll all be video-chatting each other over hologram by 2030, experts predict