Home » The world can expect at least 2 repeats of the uncontrolled Chinese rocket crash, according to Europe's space agency

The world can expect more pieces of Chinese rocket debris raining from the sky in the coming years, a spokesperson from the European Space Agency (ESA) told Insider on Friday.

Beijing is planning 10 more missions to complete its space station by the end of 2022.

Two of these would be using Long March 5B rockets, the same type of rocket than the one which was being tracked by international space agencies last week.

“We can expect a similar situation for the next two launches or how many they will do with Long March 5B,” Thomas Reiter, an astronaut and the interagency coordinator for the ESA, told Insider in an interview on Friday.

This would “be not very good,” Reiter said.

“Every time they will launch another module to the station, we would have to look up and try to find out where this object might enter,” Reiter said.

A module from a Long March 5B rocket launched by China reentered the atmosphere on Saturday at 10:24 PM ET in the Indian Ocean near the Maldives, according to the China Manned Space Agency.

“The vast majority of the device burned up during the reentry,” and the “landing area of the debris is around a sea area,” the China Manned Space Agency said in a statement. 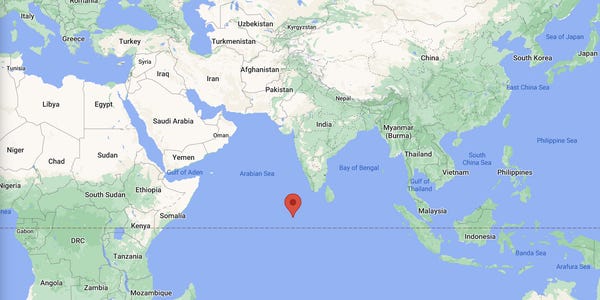 US Space Command, a branch of the US military that had been tracking the object, was less sure in a statement on Sunday, saying that “it is unknown if the debris impacted land or water.”

The area over which the rocket’s module was orbiting was vast, made up of desert and ocean, so statistically, it was always likely to hit an uninhabited area.

But every similar launch is another chance, albeit smaller, of the disaster scenario of the debris hitting a populated area.

Due to the difficulty tracking the debris, in such a case authorities could only give a few hours warning.

According to the ESA’s Reiter, China has not shared technical details for its future plans with other countries.

China has not said whether the module’s re-entry into the atmosphere was uncontrolled, though this was widely assumed by observers, including Reiter.

If it were a controlled descent, the object would have fallen back to Earth “within one or two or three orbits,” which was not the case, Reiter said.

China “won its gamble” that the rocket would fall over the ocean, Harvard astronomer Jonathan McDowell said in a tweet on Sunday, describing China’s approach as “reckless.”

“It is critical that China and all spacefaring nations and commercial entities act responsibly and transparently in space,” NASA Administrator Sen. Bill Nelson said in a statement on Sunday.