A TINY studio flat in one of central London's swankiest postcodes has gone on the market for £250,000 – but there's a catch.

The property in Orme Court, Bayswater looks to be a comparative bargain, as the average price of a home in the street is more than £350,000. 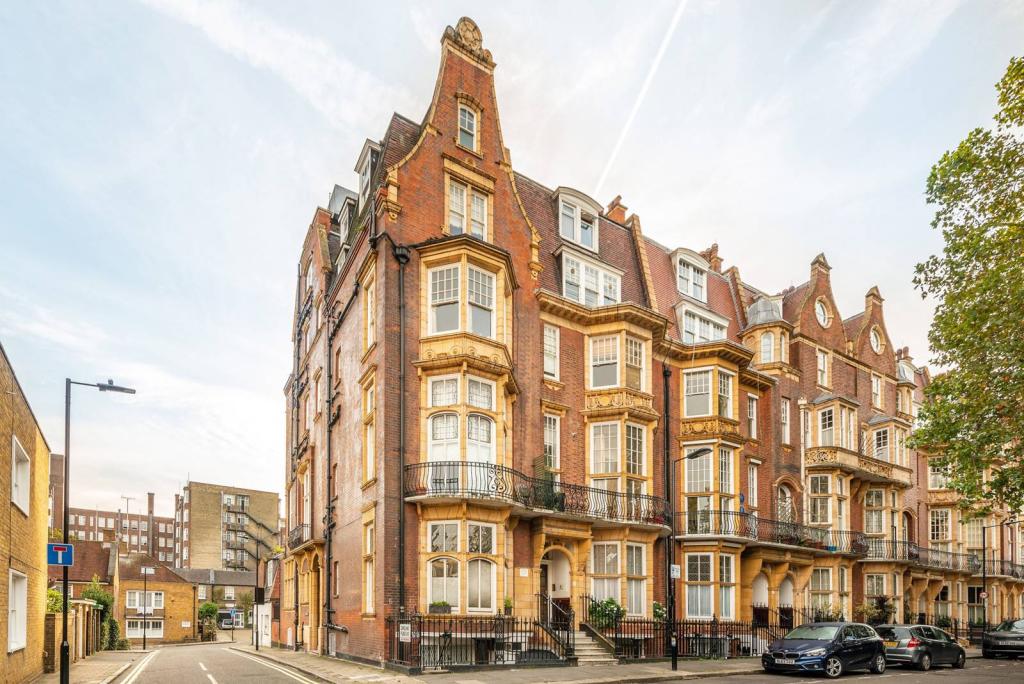 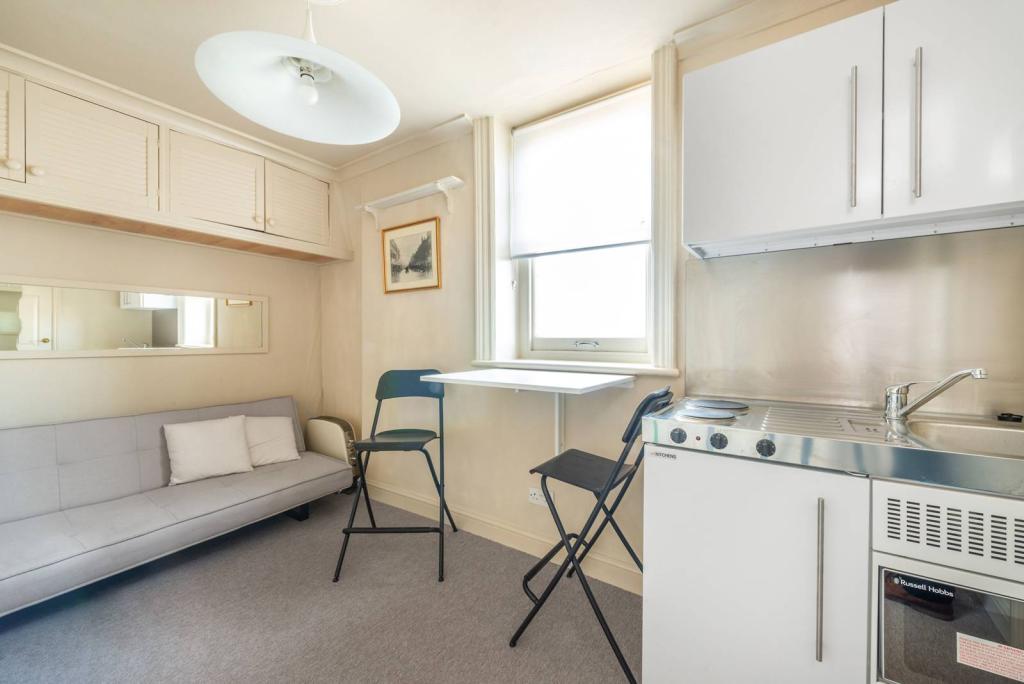 However, sharp-eyed house-hunters will quickly notice one problem.

While the property has a little kitchenette, some storage cupboards and an shower room – features all buyers on a budget will know don't necessarily come as standard – there's no bed to be seen.

Instead, the property features a very slim sofa barely big enough to allow a resident to put their feet up comfortably.

The new owner will likely face a choice between having a bed or somewhere to sit, as there doesn't appear to be space for both.

Agents at Foxtons fail to address the mystery in their ad for the flat.

Instead, they say the "compact open-plan studio" with a "bright shower room" is based "in a wonderful period building".

Despite the strange omission, would-be buyers will likely be queuing up for a viewing.

The tiny home lies just a short walk from Kensington Gardens and the Diana Memorial Playground.

It's also moments away from Tube stations Bayswater and Queensway, and there are plenty of top restaurants and bars nearby.

London is well-known for being particularly challenging for those on a budget.

One little flat in posh Kensington is on the market for a bargain £480 a month – but it doesn't have a toilet.

While the space offers a shower – bizarrely wedged between the fridge and a chest of drawers – there's no loo in sight.

Even more strangely, the property in North End Crescent is marketed as a home for two, meaning only the very closest of couples should apply.

Another apartment in Marylebone is on the market for £2,000 a month despite the fact that it doesn't have a bed.

A flat in Richmond also comes without a bed – although it costs a whopping £350,000.

Your property must be fit to live in and be safe, healthy and free from things that could cause serious harm.

If your house falls below these standards, you could take your landlord to court.

There are also rules in place to stop overcrowding in small houses.

You can check to see whether your home is overcrowded using Shelter's guidebook on it's website.

Citizens Advice says you should complain to your landlord if your home doesn't meet these standards, or you're unhappy with your living conditions.

You should put your complaints down in writing, either in a letter or email, so you have evidence of your conversation.

If your landlord doesn't fix the problem, you should tell your local council – again, make sure you email or send a letter.

You can find which one is yours using the gov.uk's council finder tool.

Send a copy of any evidence following your call or with your letter, for example photos showing the problem. 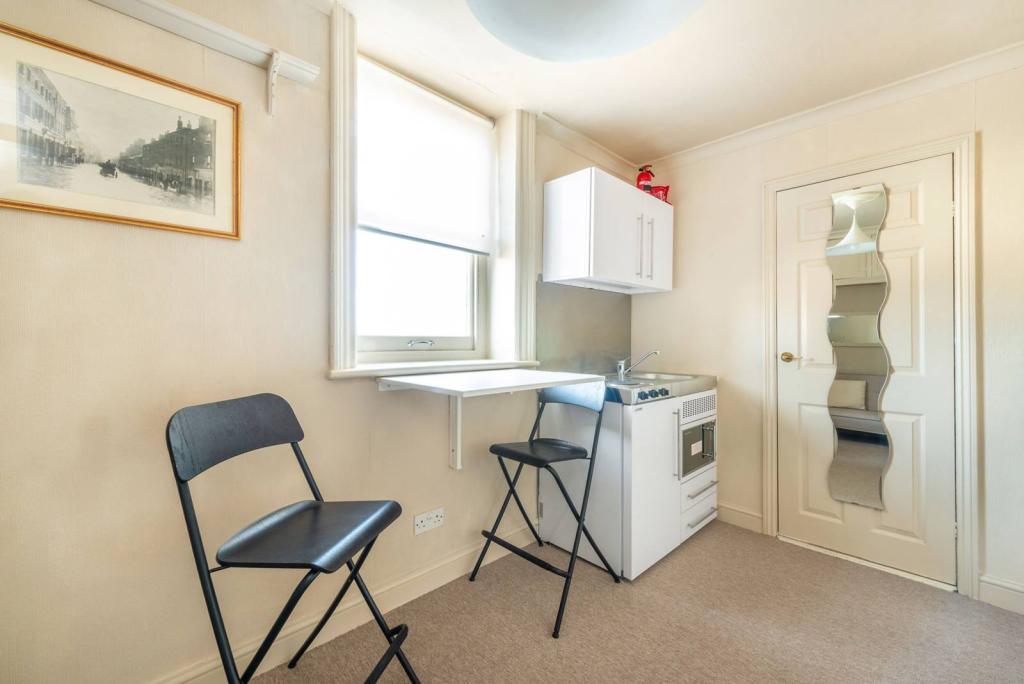 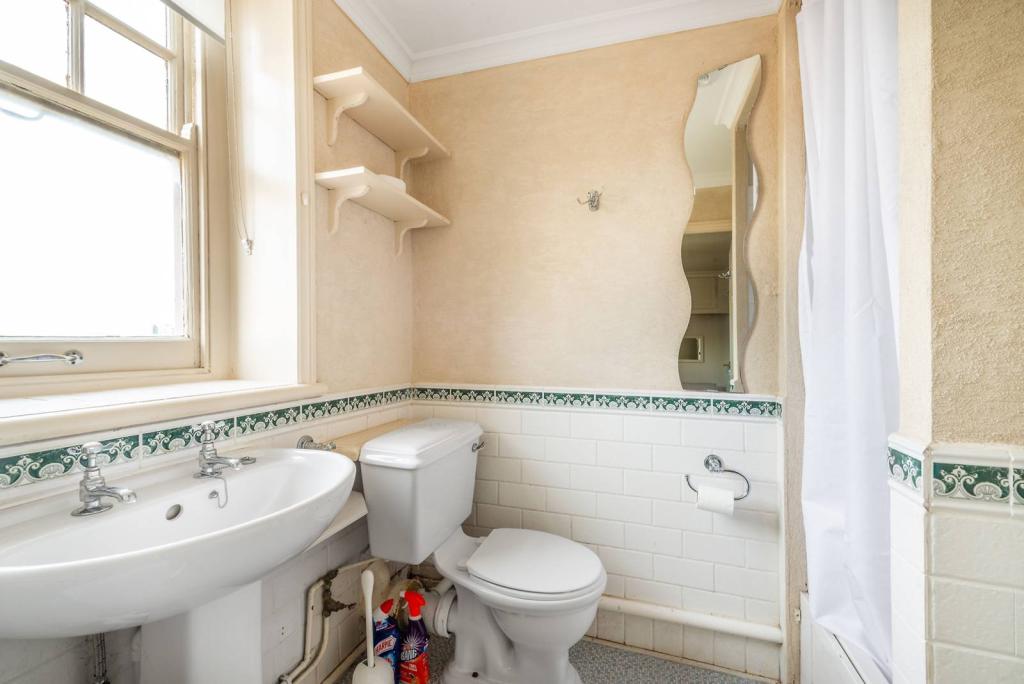