Home » Lifestyle » UFC fighter Diego Sanchez says he received UFO visit: 'It was obvious it was watching me' 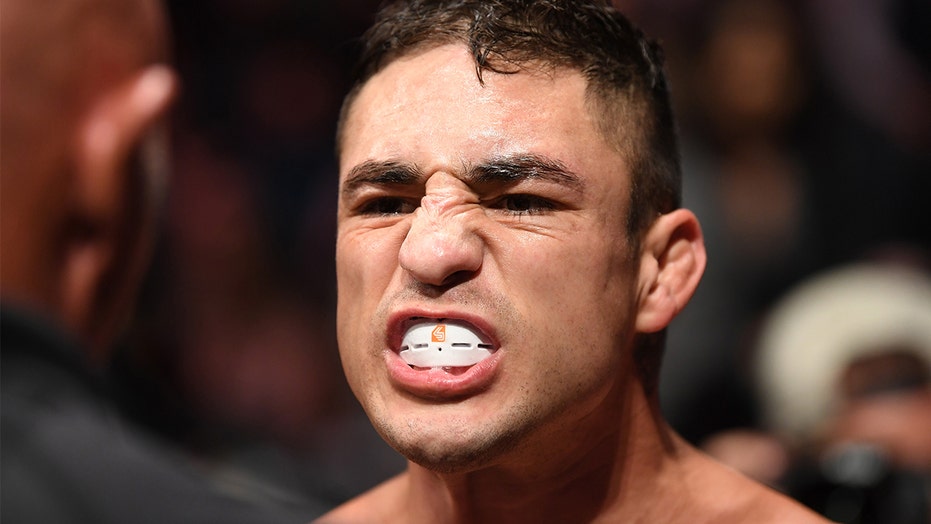 Sportscaster Jim Gray joins ‘America’s Newsroom’ to discuss his interviews with top sports icons in his book, ‘Talking to GOATs.’

Cue the “X-Files” music and put on your tinfoil hats.

UFC fighter Diego Sanchez said Wednesday he was definitely visited by an UFO.

Sanchez, who lives in New Mexico, recalled the event on Twitter. New Mexico is a hotbed for UFO activity, according to a June analysis from Satellite Internet.

“I was doing energy work on my patio as a ufo flew right up on me I called for my daughter quick quick she watched this thing Hoover (sic) only hundreds of feet away Albuquerque is a trip sightings are regular here. But this s—t was contact tonight it was obvious it was watching me,” he tweeted.

The 38-year-old has had an impressive mixed martial arts career.

He won his first 17 professional fights between 2002 and 2006. His first loss came in April 2007 at UFC 69 against Josh Koscheck. Sanchez had wins over Nick Diaz, Paulo Thiago, Jim Miller and Mickey Gall.

Sanchez is 30-13 for his career. It’s unclear when his next fight will be.

Hotels to be quarantine wards in mammoth industry response to virus