Conspiracy theorists are up in arms over an apparent message left by ancient aliens in the clouds of Earth. Footage shot from the International Space Station (ISS) appears to show two “Van Gogh” style faces appear in the clouds in quick succession.

Prominent alien hunter Scott C Waring believes the ‘faces’ are a result of a telepathic alien creating the clouds using their thoughts.

Mr Waring wrote on ET Database: “The first fat look human like, the second looks bird like. They look like they were made by Van Gogh using powerful swirls of clouds to form them. NASA is using the infrared filter over the camera, making it purple in colour.

“That first face…just amazing guys. I believe it was made by an alien whose thoughts were so powerful that his telepathy accidentally created the form he was thinking about.

“Clouds and smoke is the most easy to move for telepathic people so this does make sense. And since many alien species out there are highly evolved, they will use pictures in their head, not word to communicate with others.

“Telepathic communication is the transmitting of pictures more…and not words. Just something amazing I wanted to share with you.” 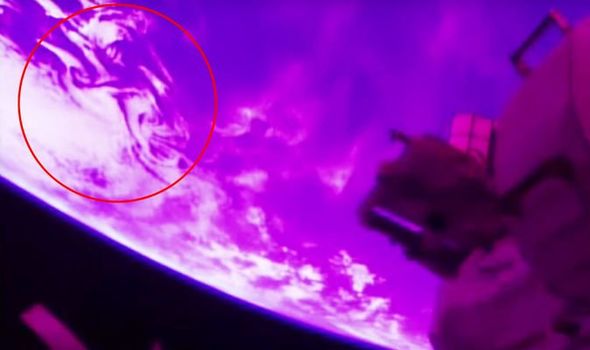 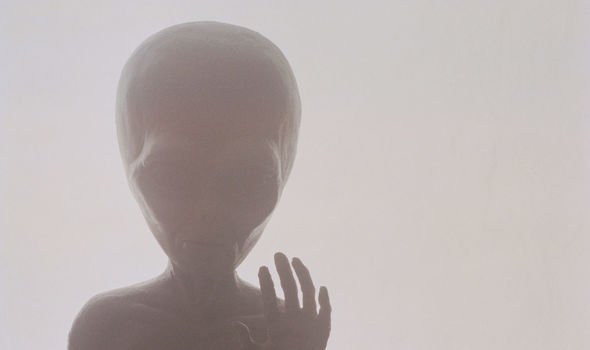 However, sceptics and NASA would say the ‘faces’ and other similar findings are just the effects of pareidolia – a psychological phenomenon when the brain tricks the eyes into seeing familiar objects or shapes in patterns or textures such as a rock surface.

This is not the first time Mr Waring has claimed extraterrestrial activity around the ISS.

Just last month, the alien hunter claimed to have seen glowing UFO’s outside the orbiting laboratory.

The 22-minute long footage shows the bus-sized UFO moving at the same speed as the ISS, which moves at 78km/second.

At the end of the live feed stream, the UFO shoots upwards and disappears, leaving behind a green burst of light. 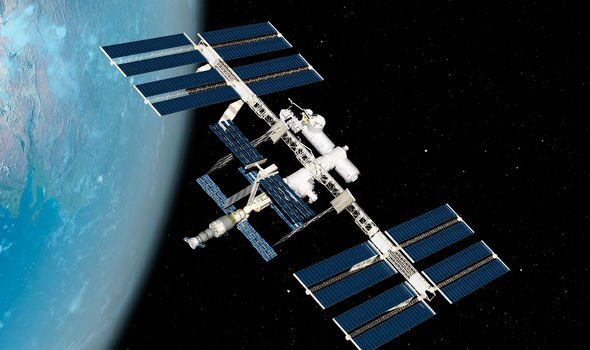 During the NASA footage, the space agency workers are discussing maintenance on the space station.

However, at one point, the NASA live camera suddenly “notices something down there and begins to zoom in on it”.

Scott Waring said: “That is NASA zooming in on the UFO, not me.

“They are as baffled by it as I am. They don’t know what it is or why it is there.

“During the feed, they mention coordinates, and that could be secret code as to the location of the object. They don’t want to be too obvious.”