ZABAVA is a consistent performer in this class and was a good second over slightly further last time. 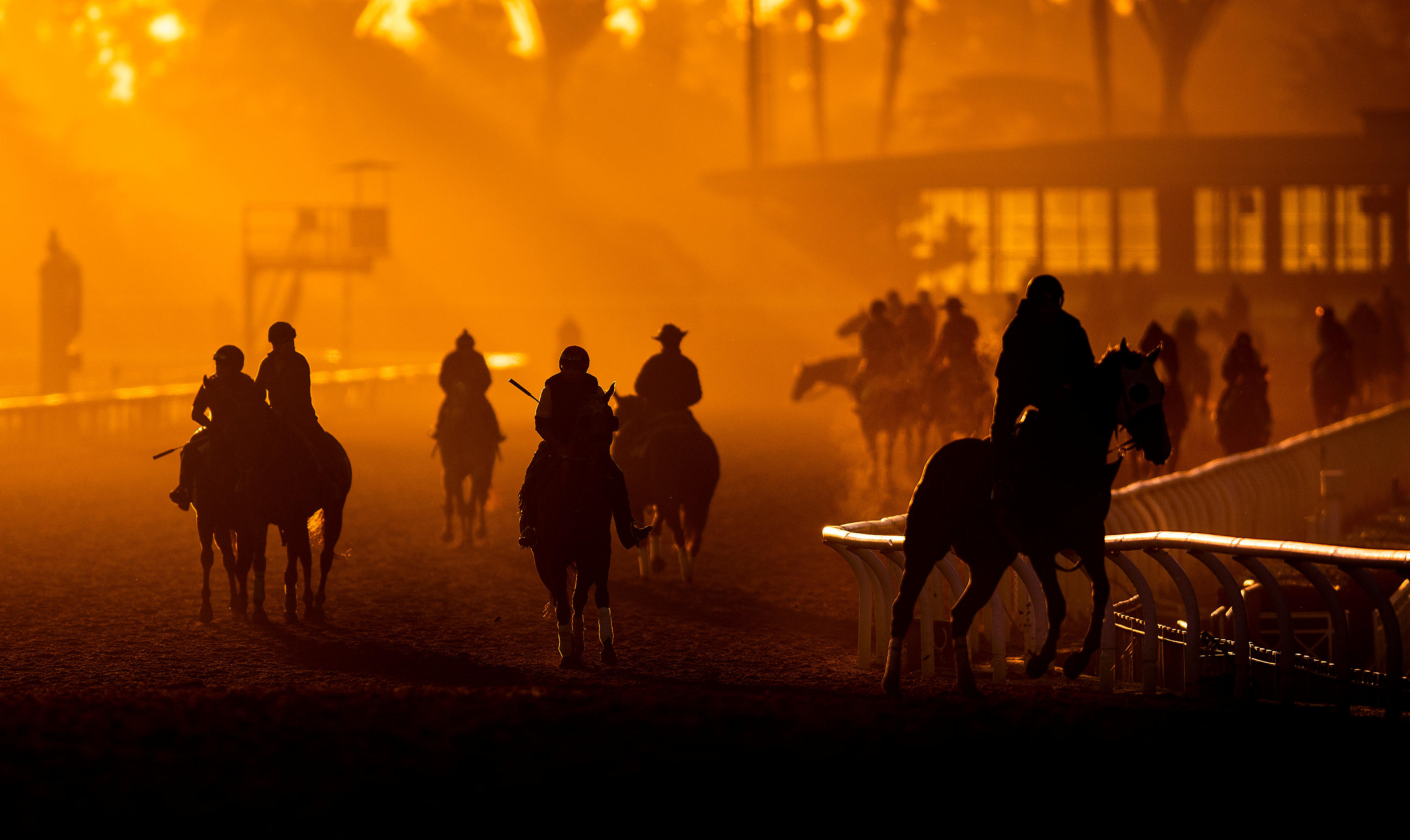 This drop back in distance looks a wise move and she should be right in the shake-up.

Codrington should appreciate this turf surface a lot more than the sloppy dirt track she was third on last time. This trip suits well and she’s another to consider.

Enjoyitwhileyoucan makes her debut on the grass after a solid second on comeback and won’t be far away again.

TOP SEED created a good impression when winning on debut over six furlongs last time out. Going up in distance holds no fears as he finished off well and he can hold his own in this slightly better company.

Beau Luminaire had no less than seven lengths in hand when winning over a mile latest and is a real contender despite this drop in trip.

Traveling Midas was a decent second in a fair race last time and can hit the frame again.

LARGENT is a model of consistency and was a close second in a similar contest to this last time. That was over the dead mile which didn’t suit as well as this distance does. He comes from the top trainer at the track and looks the one to beat.

Temple likes to come from the off the pace and there should be plenty of early speed here to aim at. He will leave his challenge late and could nick it.

Unleveraged is coming back from a break having been beaten at short odds a couple of times. He tries a slightly different trip here which could get him back to winning ways.

VITALOGY is known on these shores from his time with Joseph O’Brien last summer. He won a Naas maiden before a fair fourth in York’s Acomb Stakes.

He then hit the frame in a Grade 1 at Woodbine in Canada before making the move Stateside permanent. He was impressive when taking a Grade 3 contest here last time despite having a poor draw. This trip suits and he will be hard to beat.

Get Smokin made a bold bid from the front last time and was just collared in the closing stages. That was a decent race and a repeat would put him in the frame again.

Decorated Invader is a Grade 1 winner at best and he can’t be ruled out returing from a break.

NETWORK EFFECT takes a real drop in class for this seasonal debut. He was last seen in the Grade 1 Cigar Mile at Aqueduct. That company was too hot but he landed a decent win at that track earlier and this mile distance is right up his street.

Almashriq sports the blue silks of Sheikh Hamdan and showed some promise when trained by John Gosden until last summer. He struck on his American debut here last month with plenty in hand and should be competitive again.

Chewing Gum is another having his sights lowered after a solid fourth coming back from a break and could get closer.

AMERICAN TATTOO has shown all his best form on the dirt so it was no great shock to see him struggle on turf in a Grade 3 here last time. He has placed form in stronger contests than this and trainer Todd Pletcher has a high strike-rate when his runners switch surfaces.

Prompt looks a big price for a horse that has won three of his four outings over this distance. He has been given a break since a modest effort over shorter at Tampa Bay last time.

Rare Form was far from disgraced in a Grade 2 here latest after going close at this level. The trip suits and he won’t be far away.

CHEERMEISTER got the better of She’s My Type in a Grade 3 last month and repeated the feat again four weeks ago. This mile trip is ideal for both horses and it should be a good battle between them again, with no reason to think the placings will be reversed.

Walk In Marrakesh went down in a driving finish for a hot contest at Tampa Bay last time out. She has placed form at Grade 1 level so there’s plenty of class there. This trip suits and she’s another for the shortlist.

JACKSON showed real heart to score over a furlong shorter and is probably better over this trip where he has two wins and a pair of places from five attempts. This could turn into another scrap which would be ideal for him.

Vekoma has plenty of Graded form in the book and is worth a look despite coming back from a long break. That last run was in the Kentucky Derby no less after taking a top race at Keeneland. Fitness could be an issue but he’ll have a big say.

He Hate Me has been knocking on the door and was close-up in a similar contest last time.

NEWSPAPEROFRECORD won the Breeders’ Cup Juvenile Turf in 2018 and this looks her best chance for a first win since then.

In fairness, she’s not had many chances and will find this a lot easier than the Grade 1 she was last seen in at Belmont. You get detailed gallops reports in America and her’s have been very encouraging ahead of this comeback.

Getmotherarose was a Grade 3 winner latest and has produced some good efforts on the clock. She’ll be a threat on this drop in class.

Jakarta scorched home to win over five furlongs last time and it will be interesting to see how she gets on over this longer distance as she has plenty of talent.

MEAN MARY looks hard to beat after an impressive success in a Grade 3 over 1m4f last time out. She had five lengths in hand there and this slight drop in distance holds no fears. She has few miles on the clock for a four-year-old and there’s more to come.

Gentle Ruler has been off for five months but ended last season on a high with a couple of wins at this level. Her best form has all been over this trip and she has scored before after a break.

Elizabeth Way is a daughter of Frankel who started off with Michael Halford in Ireland. She has improved since moving to the States and was a comfortable Grade 3 winner last time. Another good run is expected.

TONALIST’S SHAPE is going through the classes and producing more to win each time. She started last month with a Grade 3 success around here over 7f before stepping up in class and trip to strike again.

Spice Is Nice had no answer there and will struggle to turn the form around over this slightly longer distance. She does look the main danger though after finishing that race strongly so the extra half-furlong will suit.

Swiss Skydiver looks a big price for a horse that is capable of coming with a late run. She may lack the class to win but she ran well in third last time and can grab the bronze medal again.