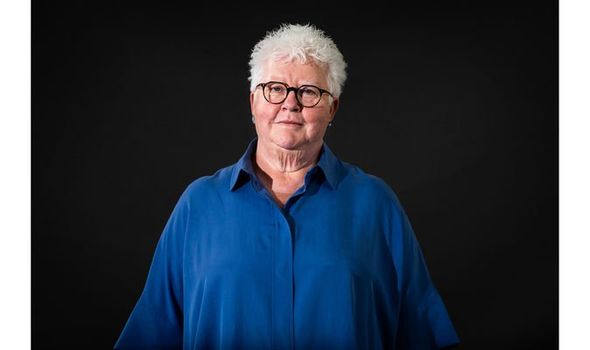 “YOU can probably tell by my slight look of bewilderment that I was a fledgling news reporter with a great deal to learn when this photograph was taken in 1976. I was 21 and had been dispatched to The Plymouth And South Devon Times as one of the Mirror’s 12 graduate trainees. The reason there are so many phones on my desk is because we were moving that day and I was given the job of minding the office while everybody else was packing. 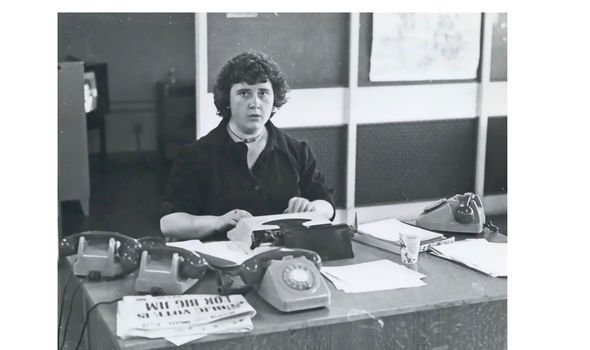 I grew up in Kirkcaldy in Fife on the east coast of Scotland, an industrial town and the world capital of linoleum. My family were staunchly working class. They were of a generation that believed the key to creating a better life for your kids was through education, so they encouraged me to read and excel at school.

To everyone’s amazement, including mine, I was accepted to read English at St Hilda’s College, Oxford. At 17, I was one of the youngest undergraduates they’d ever taken. At my interview, they said, ‘We’ve never taken anyone from a Scottish state school before,’ and I said, ‘Well, it’s about time you started.’

I realised early on that I wanted to be a novelist, but I knew I had to make a living before I could establish myself as a fiction writer. I wanted a job that would give me a certain amount of freedom and variety – and the only thing I could see that fitted the bill was journalism.

I found Plymouth a challenging place to work because it felt very provincial after Oxford. It was also a strange hothouse environment. The graduate trainees bonded in one group; the regular staff in another. We put their noses out of joint because we were the upcoming stars and they were just the donkeys who remained there year after year. But I learnt a lot from those journalists, some of whom had been in Fleet Street but had come down to Devon for a quieter life.

My next post, which led to a permanent job, was on the Daily Record in Glasgow. I had grown up in a house that read the Record, but the newsroom was a very different culture to any I had known – and it was overwhelmingly male and hard-drinking.

Arriving from the training scheme, an Oxford graduate, there was a desire to see me fail. During my initial six-week attachment I didn’t work the same shift on two consecutive days. I’d come off the night shift at 4am and I’d be on the early shift at 9am. On my very first day, I was sent to a ‘death knock’ for four teenagers who had died in a car crash. I knew if I went back to the office without their pictures I would be dead in the water.

I survived because I’ve been blessed or cursed with a hard head for drink, so I could match the guys drink for drink. That won me a lot of respect, although it’s a terrible thing to say. I also survived because I just went out and got the stories. I was nicknamed the Killer.

After two years I joined the Sunday People in Manchester, but all the time I was in newspapers I was quietly working on fiction. I finally became a full-time novelist in 1991. I’d just sold my first two Kate Brannigan novels and had calculated on the train home from London that if I was writing full-time I could produce two books a year and live off that level of advance. I was 35 and thought, ‘If I don’t do this now, I’ll regret it forever.’

But I took a lot of pleasure from journalism and it’s still a valuable resource. I met all types and conditions of people in all sorts of contexts, and it provided me with a huge database of characters and settings that I draw on to this day.”

Imagine A Country: Ideas For A Better Future, edited by Val McDermid and Jo Sharp (£12, Canongate), is out now. See Express Bookshop on page 69.