Home » Lifestyle » Virgin Media down: Thousands unable to get online due to mass broadband outage 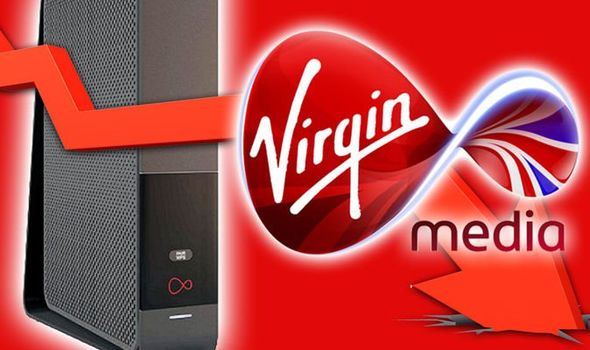 Virgin Media down reports have been flooding in right now with thousands of users reporting issues with their broadband internet today.

Independent outage monitor Down Detector has this afternoon registered a huge spike in Virgin Media down reports.

Down Detector registered tens of thousands of Virgin Media down reports with the outage mainly affecting users in England and parts of Scotland as well as Belfast.

At its peak Down Detector registered more than 35,000 reports of Virgin Media down.

As the Virgin Media server problems hit users took to social networking site Twitter to report issues with their broadband.

One tweeted: “Who tripped over the plug that goes to the UK at Virgin Media. Entire country down”.

Another posted: “Virgin Media down for the entire UK”.

One added: “The whole of Virgin Media is down”.

And another wrote: “Virgin Media seem to be having a bad time.. even the website has gone down”.

As the broadband network issues hit users flocked to tweet the official @VirginMedia account to confirm if there was any server issues.

In messages to customers being hit with online connectivity the Twitter for the telecommunications giant has revealed a “potential wider issue” hit today.

In one tweet they explained: “We’re aware of a potential wider issue and are working to get this fixed asap”.

However, thankfully it appears that the Virgin Media outage – while widespread – was quickly resolved.

Reports on Down Detector of Virgin Media down has fallen from a peak of almost 40,000 to just over 1,000.

While on Twitter those using the broadband provider’s services said their internet came back on after just under 10 minutes of inactivity.

The strange thing Dolly Parton did while writing ‘9 to 5’