Almost two-thirds of Australians expect to suffer a real cut to their incomes this year and do not regard a boost to migration as a top priority for the jobs and skills summit Prime Minister Anthony Albanese will convene next week.

Concerns about falling wages have risen to the point where 63 per cent of voters expect a cut to real incomes this year — up from 53 per cent who said the same in a survey in February. 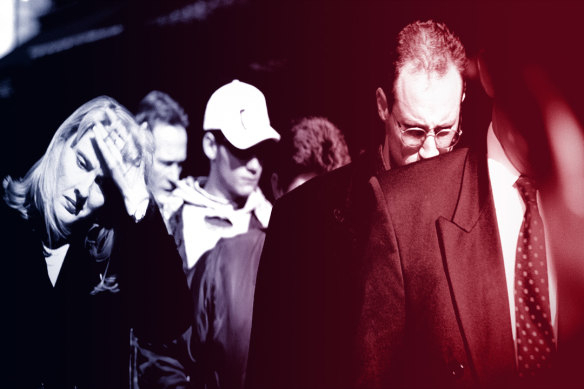 Sixty-three per cent of workers in total believe their real incomes will shrink this year.

In a rebuff to business leaders who say a chronic skills crisis is hurting the economy, only 14 per cent of voters believe the worker shortage should be a top issue for the summit and only 20 per cent say migration is a main priority.

The exclusive survey, conducted by Resolve Strategic for The Sydney Morning Herald and The Age, reveals a deepening concern about the cost of living when union and industry leaders are at odds over the best ways to boost the wages of the nation’s 13.6 million workers as inflation erodes incomes.

Albanese has promised to focus on skills shortages at the summit over two days in Canberra next week as part of an effort to get unions and employers to agree on changes to workplace laws or other reforms.

“It will provide a focus on jobs and skills about how we lift wages, lift profits, boosting productivity while putting downward pressure on inflation,” he said.

The opposition has dismissed the event as a “talkfest” that would hand more power to the unions, tapping into anxieties among some employers about the changes sought by ACTU secretary Sally McManus including reforms to outlaw wage theft and combat insecure work.

Business Council of Australia chief Jennifer Westacott has called for an increase in skilled migration as well as more training programs for young Australians, while company chiefs say they cannot find enough workers. The Victorian Skills Authority warned on Monday the state faced a shortage of 400,000 workers within three years.

The survey found a clear majority of Australians wanted the focus of the summit on wages and the cost of living rather than policies to bring in more workers from overseas.

The survey asked voters about expectations for their personal incomes this year and found that 52 per cent said their earnings would stay at the same rate and therefore fall behind inflation, up from 43 per cent who said the same in February.

Another 11 per cent said they expected a fall in their income in absolute terms, up slightly from the result in February but showing that 63 per cent of workers in total believed their real incomes would shrink this year.

The survey was based on questions to 2011 eligible voters from Wednesday to Sunday and the results have a margin of error of 2.5 per cent.

Millions of workers experienced a cut to their wages in real terms last financial year because inflation climbed to 6.1 per cent while the wage price index was 2.6 per cent, turning the cost of living into a flashpoint in national politics.

When voters were asked in the new survey about the best two solutions to fix worker shortages, only 20 per cent said the answer was to increase migration to the levels before the pandemic or higher to meet demand.

In contrast, 50 per cent said the solution was to increase wages and conditions or offer incentives for new employees, while 50 per cent also said increased investment in training. The survey listed the options and asked: “Please pick up to two solutions that you think are the best ways to tackle a shortage of workers.”

On the same question, 28 per cent backed an increase in access to affordable childcare and school care while 29 per cent backed a cut to unemployment benefits to encourage people back into work and another 11 per cent were undecided.

Asked to select the priorities for the jobs summit, 35 per cent said low wages and wage growth compared to living costs while 8 per cent said working conditions including annual leave and penalty rates.

Only 14 per cent selected the shortage of workers as the priority, while 15 per cent chose the need for extra skills and training in the workforce.

Another 8 per cent named the casualisation of the workforce and 3 per cent named workplace relations reform while 15 per cent were undecided. The survey listed the options in random order and asked: “Which one of the following do you think should be their priority to address at this summit?”

Deloitte partner Fiona Webb said the jobs summit was a chance to fix the “needlessly complex” migration system to fill the labour shortages, given research from Deloitte Access Economics this week showing overseas workers were starting to return to Australia after the border closures of the pandemic.

Even so, only 29,000 people arrived in Australia in the final three months of 2021 compared to 113,000 residents who left the country in the preceding 18 months.

13 Virtual Disney Parades That Will Make You Get Up & Dance