XEKA scored a stunning winner for Lille in their 1-0 victory over Paris Saint-Germain. 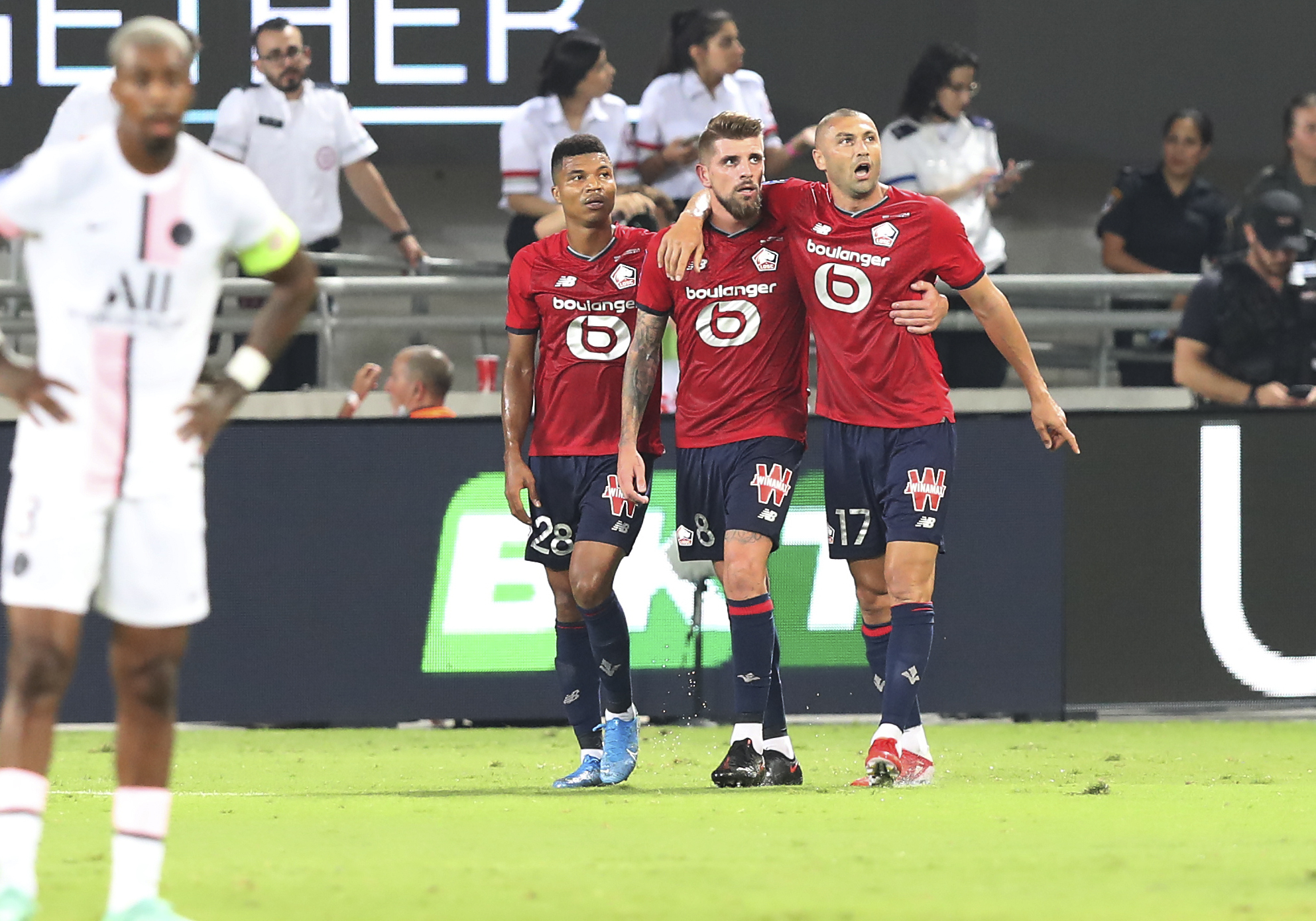 The winner came just before half-time with Portugal midfielder Xeka receiving the ball just outside the penalty area and hammering the ball into the net.

PSG goalkeeper Keylor Navas could not get close to the fierce strike as the power was too much for him.

The annual curtain raiser takes place between the Ligue 1 winners and the Coupe de France holders.

It was a disappointing start to the season for Mauricio Pochettino's side as they lost to the surprise champions.

Neither superstars Kylian Mbappe or Neymar were involved for PSG after their busy summer of international football.

But former Liverpool midfielder Georginio Wijnaldum was brought on as a substitute for the final 20 minutes.

PSG begin their league campaign next Saturday with a game at Troyes.

Champions Lille launch their title defence at Metz next Sunday.

This Simple Cardigan Will Go With Every Outfit in Your Closet