Claude Debussy once said that if he hadn’t been a composer, he would have been a sailor. Had he been so, his masterpiece La mer Three Symphonic Sketches might not have represented the sea with such benign beauty. 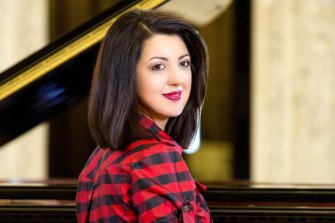 In this respect he was the opposite of his compatriot, Albert Roussel, who began life as a sailor but when he turned to composing focused on dry land, with symphonic depictions of the forest.

Debussy’s La Mer is a subtle evocation of an imaginary sea of elusive mystery and playful light. It tends to yield up its beauties gradually as it moves from one keenly coloured idea to another without strongly marked milestones (which, of course, the sea itself also lacks).

Conducting the work from memory so as to maintain engagement with the players, conductor Jun Markl vitalised each idea, giving clarity and definition to each finely wrought texture. The first movement, ‘From dawn to noon on the sea’, evolved from a sultry calm introduction to swirls of movement, colour and radiance at the close. 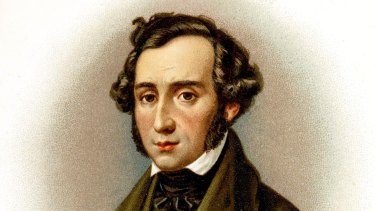 In Mendelssohn’s The Hebrides, which resulted from an actual sea voyage, the players shaped phrases with sensitive care.Credit:Bob Thomas/Popperfoto/Getty

In the second, ‘Play of the waves’, Markl articulated the beat’s subdivisions with care to maintain the precision of ideas through both active and becalmed sections. The third movement, ‘Dialogue of the wind and the sea’, begins by hinting at a more ominous mood, developing ideas as though from surging tumult in the depths.

The SSO maintained finely balanced layers of sound around the orchestra, creating fleeting moments of inner energy. It was a performance that left the listener quietly invigorated and refreshed.

In Mendelssohn’s The Hebrides Overture, opus 26, which resulted from an actual sea voyage, the players shaped phrases with sensitive care and an evolving sense of architecture, with sunny tone colours from the wind leading to the coda.

In Ravel’s Piano Concerto in G, in the first half, Romanian pianist Alexandra Dariescu was energetic and effervescent in the outer movements, though musical sensitivity and the work’s sense of subtle irony in the outer movements were less pronounced. An exception came in the second movement when the extended opening theme returns on the cor anglais, and was shaded with discerning expressiveness and gently glowing warmth by Alexandre Oguey against filigree from the piano.

Tom Brady is getting a different reputation with the Buccaneers

How Chvrches Scored the Netflix Deal of the Music Industry's Dreams