Home » Lifestyle » We know soft drinks are bad for us but our thirst remains. Why?

Despite concerted public health campaigns to highlight the many problems with sugary drinks, we drink them by the gallons.

Literally. Soft drink consumption increased globally from 9.5 gallons per person per year in 1997 to 11.4 gallons in 2010. That’s about 42 litres per person a year. 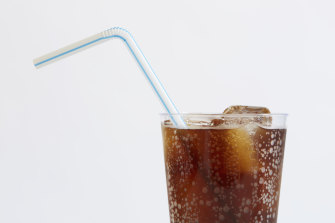 Soft drink: Not so sweet for our health.Credit:Getty

But, not everyone consumes them. Two new studies shed light on the fact that some of us are more vulnerable to the harms of sugary drinks than others.

Though sugary drinks are everywhere, some people find them harder to resist and the first study, by researchers at Flinders University and published in the journal Appetite, sought to understand why.

For the research, 128 young adults in the core consumer age group of 17 to 25 completed a computer test evaluating their attitudes about soft drinks, measured against their soft drink consumption.

Specifically, the researchers wanted to understand the influence of “powerful marketing messages” that implicitly link soft drinks with “fun, happiness and friendship for young people” and energy drinks with “sporting prowess” and “masculinity”.

They also found that a lack of inhibitory control, which is the cognitive process that allows us to regulate our impulses – say, to buy a nice-tasting soft drink because we know it’s unhealthy – was also a factor in increased consumption.

A second study provides clues about who is more vulnerable to the marketing tactics.

The study, published in Globalization and Health, explored the negative impact of the soft drink market on public health and health equity.

These campaigns are “increasingly being directed at disadvantaged groups”, including children and adolescents generally, minority groups and people living in disadvantaged neighbourhoods.

The Deakin University researchers added: “These population groups tend to be more vulnerable to industry marketing tactics, and are likely to be more constrained in exercising choice related to consumption.”

This vulnerability is reflected in the fact that the greatest increase in soft drink consumption is among children and adolescents and is “skewed towards” people of lower socio-economic status.

Soft drinks, even “zero-sugar” ones, are typically high in kilojoules, are of little nutritional benefit and lack micro-nutrients, vitamins and minerals. Consumption is linked with increased body weight and increased risk of medical problems (e.g., diabetes) as well as poor oral and general health.

“A major problem with drinks is that liquid ‘kilojoules’ don’t appear to register on the body’s satiety scale,” adds public health nutritionist Rosemary Stanton. What that means is that people don’t consume fewer kilojoules from food despite getting the extra energy from soft drinks.

“By contrast, if you give people flavoured milk, or some food such as bread, they will decrease their intake of other foods so that the total amount consumed is the same.”

And although research suggests a 19 per cent drop in Australians’ consumption of soft drinks, cordials or energy drinks during the pandemic, sales of low or zero sugar drinks have increased, which keep our taste for sweet-tasting drinks alive.

“There is also some evidence (not really enough yet) that sweet sugar-free drinks may trick the body into thinking it is getting sugar and this may have adverse effects,” Stanton says.

While placing a tax on sweet drinks is one strategy to reduce people’s consumption, McGreen argues that it doesn’t address the underlying drive to drink them in the first place.

There is some evidence that creating a negative evaluative bias – by associating sweet drinks with something disgusting, for instance – may be effective.

While McGreen says he doesn’t know the best way for people to regulate their own soft drink consumption, evaluative bias and self-regulatory control are “potential targets… possibly via an easy-to-use mobile app”. It’s something he wants to research further.

Beyond that, Stanton says we should start by training the tastebuds of young children to milk and water only.

“By giving them sweet drinks at an early age, we give their taste buds the expectation that thirst will be happily quenched by something sweet (which may be juice, cordial or soft drinks),” she says. “Humans have quenched their thirst (mainly) with water for millennia and that is what we need to get back to.

“I would also like to ban advertisements for soft drinks for sports or programs that appeal to children. Especially important for sportspeople to stop being walking billboards for junk food and drinks.”

Make the most of your health, relationships, fitness and nutrition with our Live Well newsletter. Get it in your inbox every Monday.

Most Viewed in Lifestyle

A Friends-Themed Ice Cream from Serendipity Is Now Available — and Yes, It's Coffee Flavored!

Queen and Prince Philip found Balmoral 'tedious' due to Covid-19