Home » Lifestyle » Whoa! Beyonce's 3 Kids Are All Grown Up in Rare Photo

The Carter crew! As Beyoncé gears up for her anticipated Renaissance album release, she credited her three children for their cooperation amid her musical process.

“This three-act project was recorded over three years during the pandemic,” the “Crazy in Love” songstress, 40, wrote via her website on Thursday, July 28, alongside a sleepy selfie with daughter Blue Ivy, 10, and twins Sir and Rumi, both 5. “A time to be still, but also a time I found out to be the most creative. Creating this album allowed me a place to dream and find escape during a scary time for the world.”

Beyoncé then paid tribute to her three little ones — whom she shares with husband Jay-Z — in her website message. 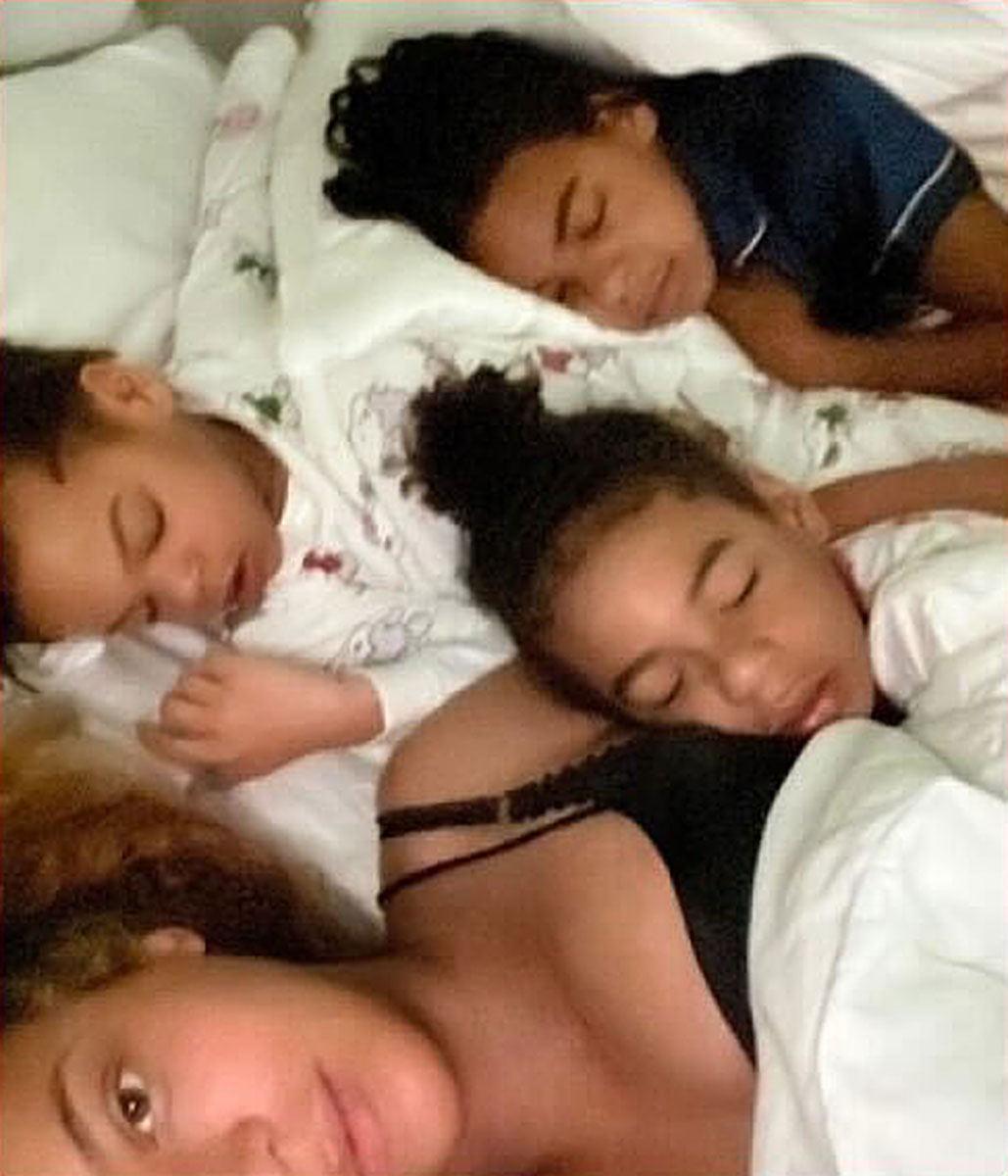 “I want to give a special thank you to Rumi, Sir and Blue for allowing me the space, creativity, and inspiration,” the Dreamgirls star added in her post. “And a special thanks to my husband and muse, who held me down during those late nights in the studio.”

In the rare family snap, the Grammy winner wore a black tank top while cuddling her twins as they soundly slept. Blue Ivy, for her part, snoozed next to her younger siblings.

The former Destiny’s Child member — who is preparing to release her seventh album later this month — has balanced her musical and fashion careers with motherhood, often doting on her little ones.

“Blue Ivy is just so incredible and reminds me of Beyoncé so much,” the Ivy Park designer’s father, Mathew Knowles, exclusively told Us Weekly in May 2020 of his grandchildren. “Sir, he just wants his world to himself. [His twin sister], Rumi, reminds me of [my other daughter] Solange [Knowles].”

The record producer, 70, added at the time: “I think we all see [Beyoncé’s musical talents] in [Blue]. Just like I saw it in Solange and Beyoncé when they were growing up. They’re just about the passion because when we live in our passions, we don’t have to work a day in our lives. … I just want them to find their passions and put in the work ethic and they’ll be successful.”

Everything to Know About Beyonce’s 7th Solo Album ‘Renaissance’

The “Lemonade” musician and the “99 Problems” rapper, 52, have remained a tight-knit family ever since they welcomed their three children.

“Jay-Z and Beyonce have nannies for the kids and their assistants help out too, but they mostly try and bring the kids everywhere,” a source previously revealed to Us in June 2019. “Blue always travels with Beyoncé and comes with her when she’s working. The twins are getting older and Beyoncé has been taking them out a little more too. They’re a very tight-knit family and like to do everything together.”

Survey: 39% of Americans Say Netflix Has Best Original Content of All Streaming Services