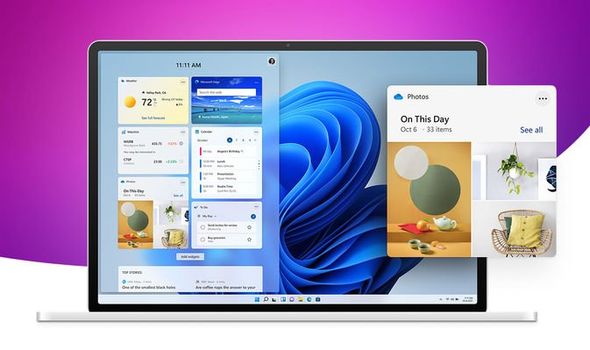 Microsoft has just revealed its next major operating system, Windows 11, during an event streamed from its headquarters in Redmond. The latest iteration of the desktop operating system has had a complete design overhaul. Seriously, it looks like no stone has been left unturned in this top-to-bottom reboot. Microsoft says it’s not only a shiny new coat of paint, either. Performance will be faster on your existing PC or laptop when you upgrade to Windows 11 too, Microsoft has promised.

Not only that, but future updates will be smaller and as a result, faster to download and install as well. A number of tweaks used inside the Xbox software will be making their way to Windows 11 too, which should make gaming on the next-generation operating system even better.

Windows 10, which was available as a free upgrade at launch, has been a huge success for Microsoft, with more than 1.3 billion devices now running the operating system worldwide. At the time, Microsoft said Windows 10 would be the “last version” of Windows. New features and design tweaks would be delivered over time with regular updates, as Microsoft transitioned to “Windows as a service”.

As such, it’s pretty astonishing that Microsoft is pushing ahead with the launch of an all-new version of Windows at all.

That said, Windows 11 is definitely here as there’s certainly no confusing it with its predecessor. Windows 11 represents a pretty radical redesign for the most popular desktop operating system on the planet. During the event, design chief Panos Panay branded it “the beginning of the next generation of Windows.”

Gone are the sharp angular corners found across Windows 10, replaced with softer, rounded windows. Colours are a little cooler across the board too, with the strong blue that characterised Windows 10 ditched. Transparency has also been added across the software so you’ll still be able to see the application windows stacked behind menus – almost like you’re looking through a pane of translucent glass. Microsoft has redesigned every application icon across the operating system – yes, including the obscure ones hidden away in the Control Panel (something that the design team never got to when building Windows 10). The Microsoft Store has also been overhauled.

But Windows 11 is not simply a face-lift for Windows 10, Microsoft design chief Panos Panay confirmed during the event.

When running the operating system, day-to-day performance should be much faster. That includes your existing PC when you upgrade to the new update as well as your next device that arrives with Windows 11 preinstalled. Likewise, Windows Hello – which uses facial recognition to log into an account – is also faster than the same machine running Windows 10.

Windows Updates have been slimmed down by as much as 40 percent, which means downloads should be much faster. Not only that, but those with devices with 4G and 5G mobile internet connections can keep their gadget updated while they’re out on the road. Updates are installed quietly in the background too.

Microsoft has a number of layouts to present multiple windowed applications on-screen at the same time. While Windows 10 let you snap two applications side-by-side, Windows 11 takes things a step further. Microsoft will a number of options based on the size of your screen, so those with more real estate will get more choice. But everyone will be able to juggle three or four windows of different sizes.

Dubbed Snap Layouts, these configurations are stored in memory. So, you can jump into Outlook to reply to an email, and then return to three or four applications configured in the same grid layout. Likewise, if you have everything set-up on an external monitor, unplug your laptop and then plug it back into the same screen, everything will return in its place. That’s handy for those who are working between an office and home.

Keeping on top of your applications will be critical moving forward as Microsoft confirmed that Android apps will be coming to all Windows 11 devices. Regardless of whether you’re running a laptop with a touchscreen, a tablet, or an expansive desktop PC with multiple screens …you’ll be able to run smartphone and tablet apps from the Google Play Store. These apps are treated exactly the same as native Windows software, so features like Snap Layouts will work too. You can even store Android apps in the taskbar.

Will someone please marry my husband?

The Grueling Process Of Surrogacy May Open Some Eyes

Capitol riot suspect turned in by ex after texting her, "If you can’t see the election was stolen you’re a moron"