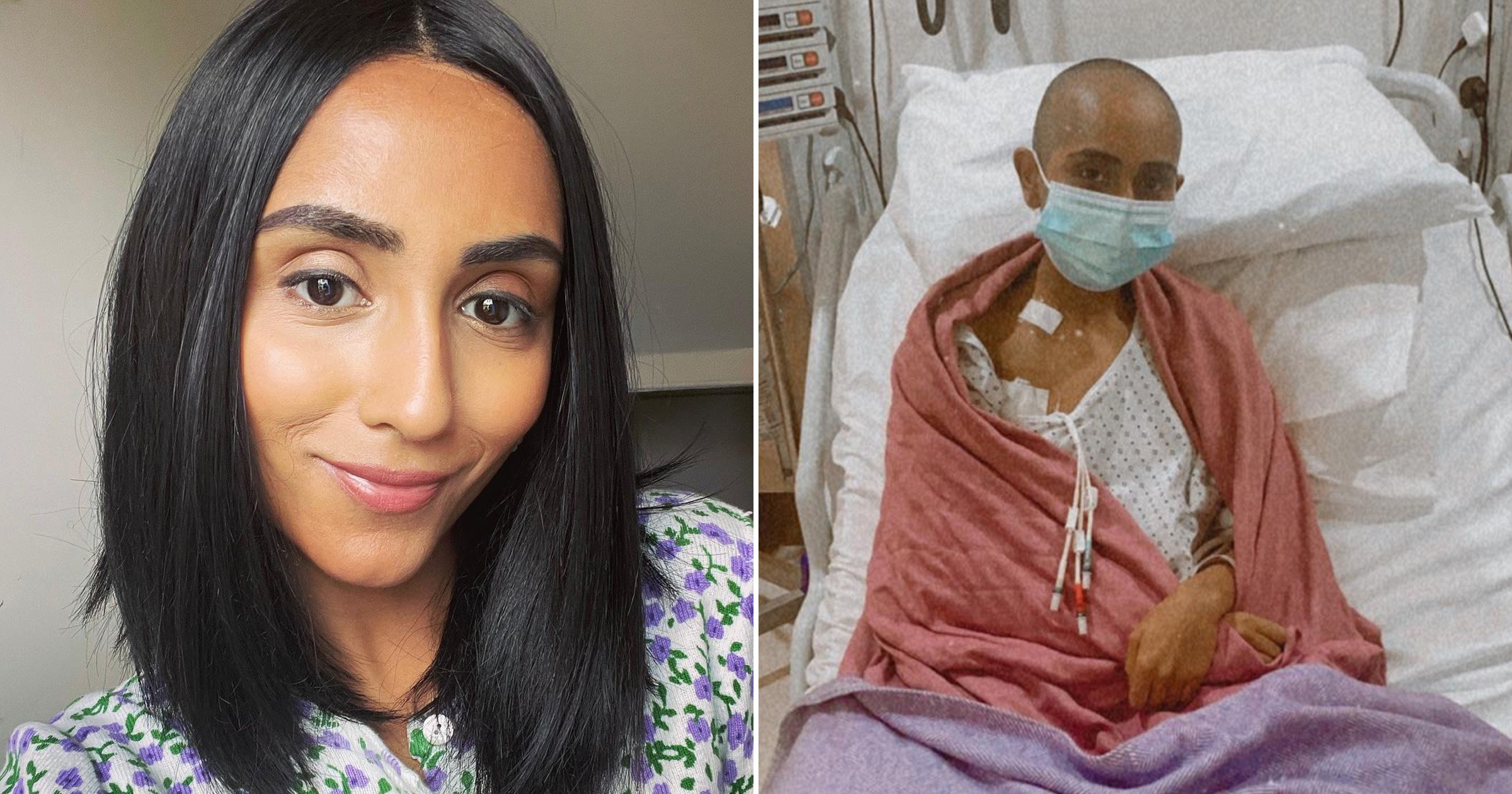 Here’s an important reminder to never ignore changes to your menstrual cycle.

If something doesn’t feel right – talk with a doctor, and make sure to push back if you’re dismissed.

When Bansri Dhokia, 30, went to her GP to report that she was having a three-month long period, her concerns kept being swept away.

Along with the changes to her menstruation, the business analyst, from Ealing, London, felt exhausted and often struggled with breathlessness – but assumed this was down to her busy job.

She asked for blood tests, but four came back clear.

By the time she had a fifth test on July 21, Bansri was starting to despair. It was then that she was diagnosed with acute lymphoblastic leukaemia, a rare form of cancer.

When this was spotted, she was so ill that doctors sent an ambulance straight to her house.

‘I did think it would be something like anaemia or low thyroid function that could be treated with medication.

‘I really noticed the fatigue first. I could sleep for 12 hours a night and still feel exhausted.

‘Then I started to get breathless all the time. There were activities like climbing stairs or walking down the road that I used to find easy but was suddenly finding more difficult.

‘I blamed it on being overworked. With blood cancer, the symptoms are often quite vague and hard to diagnose.’

After being rushed to The Royal London hospital, Bansri was told she had cancer and went on to stay under medical care for 12 weeks.

She had to start chemotherapy straight away, and as lockdown restrictions were still in place, Bansri had to tell friends and family about her diagnosis over Zoom.

‘I was really scared for my life,’ she said. ‘I had no idea what the prognosis was.

‘I just cried and I kept questioning why this was happening to me.

‘I think that has really impacted my mental health and recently I have started to see a therapist. In hospital, you aren’t given much emotional support.

‘With such a difficult year, all I wanted was to be around my friends and a family.’

Bansri went on to have three rounds of chemotherapy, which finally put her into remission.

But as the leukaemia was so aggressive, Bansri was advised to have a stem cell transplant to reduce the risk of it returning.

Luckily, one of her two siblings was a partial match for donation, and in February 2021, the transplant took place.

Bansri remains high risk and is slowly working to get stronger.

‘My recovery is going well so far but a stem cell transplant comes with many side effects, which are lifelong,’ she said.

‘I have a long road to go but I take it day by day. Each month I get through is a success.’

Bansri is sharing her story to encourage people, especially those in Asian communities, to join the stem cell donor register.

She is also taking part in Leukaemia Care’s Spot Leukaemia campaign, to raise awareness of the signs of this type of cancer.

‘In my community, cancer is a bit of a taboo subject and people don’t speak about it so I think there is a lack of awareness of the importance of signing up to be on the register,’ Bansri said.

Symptoms can depend on how quickly a leukaemia develops.

Slower growing leukaemias such as chronic lymphocytic leukaemia (CLL) and chronic myeloid leukaemia (CML) may cause no symptoms in the early stages. They may be discovered by chance after a routine blood test. If you do have symptoms, these may be mild and develop gradually. The symptoms can be confused with the symptoms of more common illnesses, such as flu.

Faster growing leukaemias such as acute myeloid leukaemia (AML) or acute lymphoblastic leukaemia (ALL) are more likely to cause symptoms that appear over a few weeks. People often feel ill quite quickly.

Most symptoms of acute leukaemia are caused by leukaemia cells filling the bone marrow. This means healthy blood cells do not move into the blood as normal.

If you have any of the following symptoms, you should always tell your doctor and have them checked. But remember, these symptoms can also be caused by many other illnesses.

‘I felt it was really important to talk about it and share my journey.

‘I’ve encouraged my family to speak openly about it too.

‘I want to see more Asian people talking about it because it’s not the fault of the person – it’s just bad luck.

‘If you’re experiencing any of the symptoms, contact your GP and ask for a blood test. Early diagnosis saves lives.’

Tax-free childcare explained: How to sign in and who is eligible?