Home » Lifestyle » Would you want a man advising your daughter on periods?

All women remember when they got their first period. I was 12 years old and, fortunately for me, it started just days after the ‘period lady’ had visited my school to talk about menstruation.

We girls were told to gather in the library while the boys were shunted off elsewhere.

Of course, I’d heard the chatter about what puberty entailed from friends who had already started their periods or who had older sisters, but I knew very little.

The discussion was simple and informative. We learnt about what was going on in our bodies and why, the joy (not!) of the monthly bleed and all the extras that come with it: painful cramps, mood swings, bloating, an overwhelming desire to consume copious amounts of chocolate. 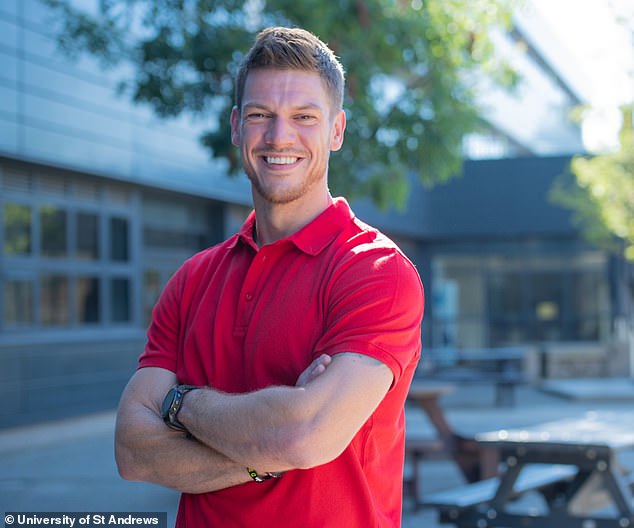 Jason Grant, a former personal trainer and tobacco salesman, has taken up the new £36,000 role for the Tay region, specifically to address ‘period poverty’

Finally, we were given a pack containing useful bits and bobs — leaflets, sanitary pads, tampons — to help us when our period eventually arrived.

I was grateful to the ‘period lady’ for telling us what we needed to know about a sensitive issue in a way that relieved us of any embarrassment. We could all relate to her — she’d been through what we would experience.

Looking back, the idea that a man could have led such a discussion with a group of pre-teens and teenage girls is unthinkable. And yet this week we learnt that Scotland’s first ‘period dignity officer’ is … a man.

Jason Grant, a former personal trainer and tobacco salesman, has taken up the new £36,000 role for the Tay region, specifically to address ‘period poverty’ (lack of access to sanitary products).

His role will also see him discussing pads, tampons and the rest with pupils and students in schools and colleges in the region.

But distributing sanitary items is a relatively simple job. Did they really need to hire a ‘period dignity officer’ on a generous salary? What a waste of taxpayers’ money.

Nonetheless, Grant is ‘absolutely buzzing’ about his new job, which he says is about making ‘anyone of any gender’ aware of period products.

Any gender? Jason, I have news for you: only females menstruate!

He believes that being a man in this new role will help him ‘break down barriers, reduce stigma and encourage more open discussions’, to prove that ‘this isn’t just a female topic’. 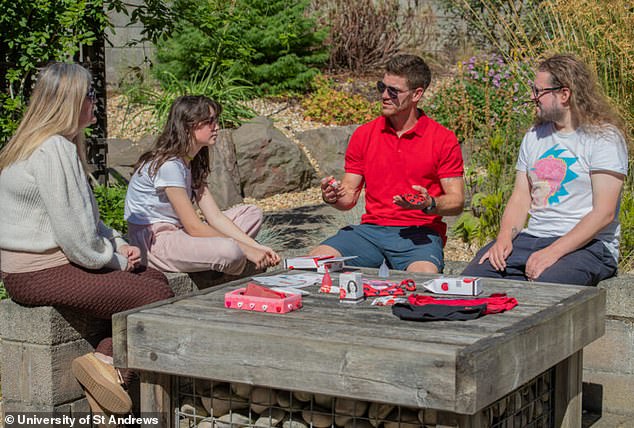 Nonetheless, Grant is ‘absolutely buzzing’ about his new job, which he says is about making ‘anyone of any gender’ aware of period products

I had to read that quote a couple of times. Because if anything could be designated as solely a ‘female topic’, then surely it is menstruation. I bet girls can’t wait to ask for his advice on dealing with cramps, the correct insertion of tampons and how to handle leakage in public.

I find it utterly distasteful that a man — however well-trained and empathetic he may be — will be discussing menstruation with adolescent girls. Was there really not a woman qualified to take up this role?

To quote tennis legend Martina Navratilova when she was asked about the appointment, it’s ‘f*****g ridiculous’ and ‘absurd’.

I think Scottish writer Susan Dalgety spoke for us all when she tweeted: ‘Wonder if he’s ever experienced the horror of a blood-stained dress in public, or the gut-wrenching fear of a missed period? No, didn’t think so.’

I don’t think so either, Susan. But neither is the fact that he has never had a hot flush going to stop him discussing the menopause, as its impact on women at work is apparently also part of his new role. Talk about mansplaining! 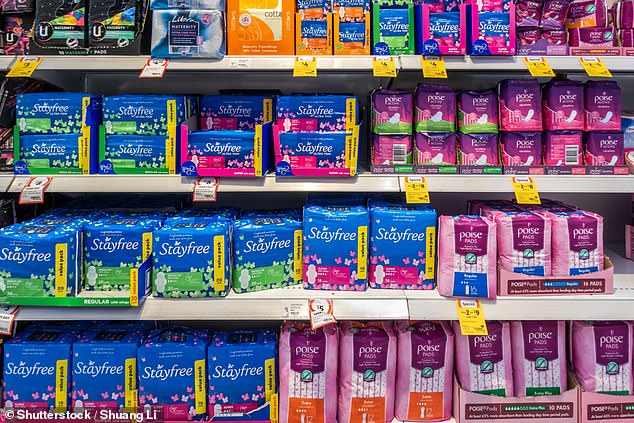 Susan Dalgety tweeted: ‘Wonder if he’s ever experienced the horror of a blood-stained dress in public, or the gut-wrenching fear of a missed period? No, didn’t think so’

Don’t get me wrong. I’m all for people being educated about the changes we go through during puberty. Openness about menstruation is a positive aspiration and boys and men should know about and understand the hormonal fluctuations a woman goes through each month, and the side-effects. Many of them do, but there are some who still have a lot to learn.

However, Grant’s appointment seems to be part of a wider trend of treating women with contempt in the name of being ‘progressive’ and ‘inclusive’.

Women’s concerns over biological men being allowed into women’s changing rooms, women’s prisons and domestic refuges have been trampled in the rush to promote trans rights.

In the latest move, Nicola Sturgeon’s government is pushing through its Gender Recognition Reform Bill, which will make it easier for anyone aged 16 or over to change their legal gender, scrapping the need for a medical report. The previous two-year waiting time for anyone in Scotland wanting a gender recognition certificate is to be reduced to just three months.

While of course trans people deserve to live with dignity, many of us are alarmed about the reduction of safeguards for women and witnessing our spaces consistently being opened up to some biological men — whether or not they identify as women — which author J.K. Rowling has said would ‘harm the most vulnerable women in society’.

Even the word ‘woman’ itself seems to be becoming offensive. Staff at some NHS hospitals have been advised to use terms such as ‘pregnant people’ and ‘service users’ instead of ‘woman’ and ‘mother’. 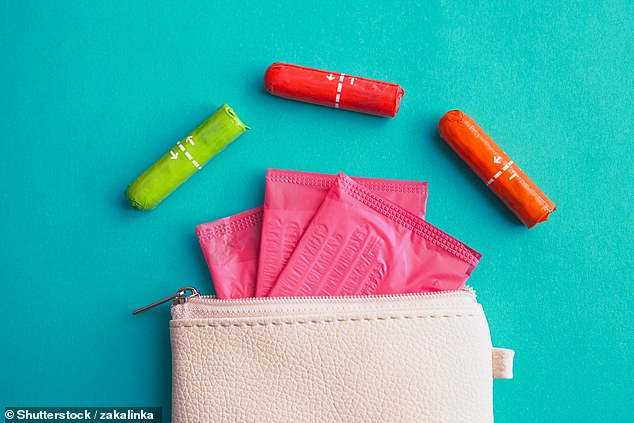 Scotland truly has form on this. In May last year, Mridul Wadhwa, a trans woman and former SNP parliamentary candidate, was appointed chief executive of Edinburgh Rape Crisis, a job that was advertised as being reserved for a woman.

This sparked outrage from feminist campaigners, who claimed Wadhwa had no gender recognition certificate and had not undergone gender reassignment surgery, thus was not legally entitled to be classed as a woman. It got them nowhere: she is still in the job.

That is why Jason Grant’s appointment as ‘period dignity officer’ has riled us.

By all means, hand out free tampons and pads to those who desperately need them. But they are not a substitute for what we really need. Respect.