VIEWERS of 24 Hours in A&E were left "vomiting" last night after a patient was rushed in with a severely dislocated ankle.

In the 'best bits' episode, Derren was taken to St George's Hospital in south west London after a trampolining accident. 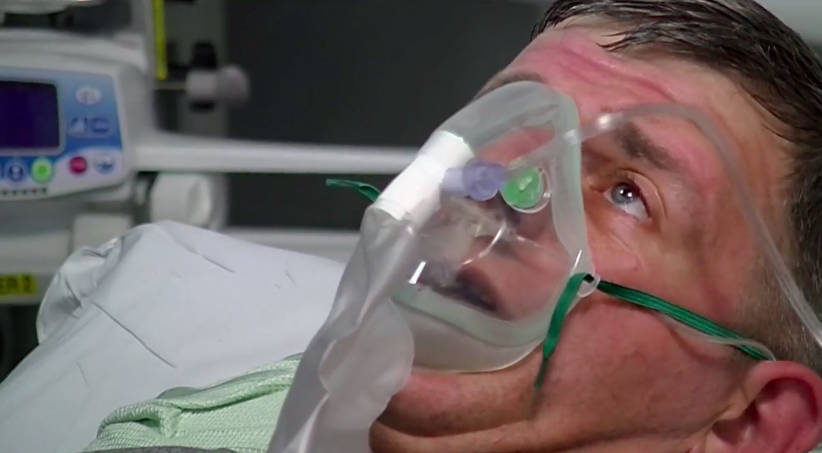 Derren had been trampolining with his daughter when he bounced and fell on his ankle, completely dislocating it.

Hospital staff quickly worked to realign it and restore blood supply to his foot.

But viewers at home were left squirming at the footage, and quickly flocked to Twitter to share their reactions.

One viewer penned: "Jesus. That ankle straightening in 24 Hours in A&E."

Another declared: "Christ. That is one twisted ankle," alongside vomiting emoji's, while one person added: "#24hoursinAE I’m no nurse but I’d say that’s in a bad way."

"Family arguments starting over 24 hours in A&E because I wanna watch the ankle reset and mum don’t wanna know about it lol," another viewer joked.

Another fan added: "Oh joy – 24 Hours In A&E has a guy with a severe ankle dislocation, which they keep showing in close up. My, that’s a jaunty angle," followed up by: "THEY RELOCATED IT AND YOU HEARD THE CRUNCH."

Thankfully, Derren was able to look on the bright side of things, and even admitted he felt like he was "in a PlayStation game" after taking sedatives.

‘AEW: Dynamite’ Shifting To TBS in 2022 As All Elite Wrestling Franchise Expands