There aren’t a lot of villains quite like Darth Vader. Not only is he fearsome and the epitome of evil, but he also has a massive fanbase despite his transgressions. When he came on the scene in 1977, even George Lucas was blown away by the fan fervor for the mechanical, caped Big Bad. After the prequels the new aspect of Vader — his origin story — he then became a tragic hero in the end.

Lucas has stated Star Wars starts and ends with Anakin Skywalker, and later Vader. Decades later, and the wonder and excitement surrounding Darth Vader has never faded. Here is just a handful of great moments from the iconic villain. [Spoilers ahead for all Star Wars media — series, movies, and games.] 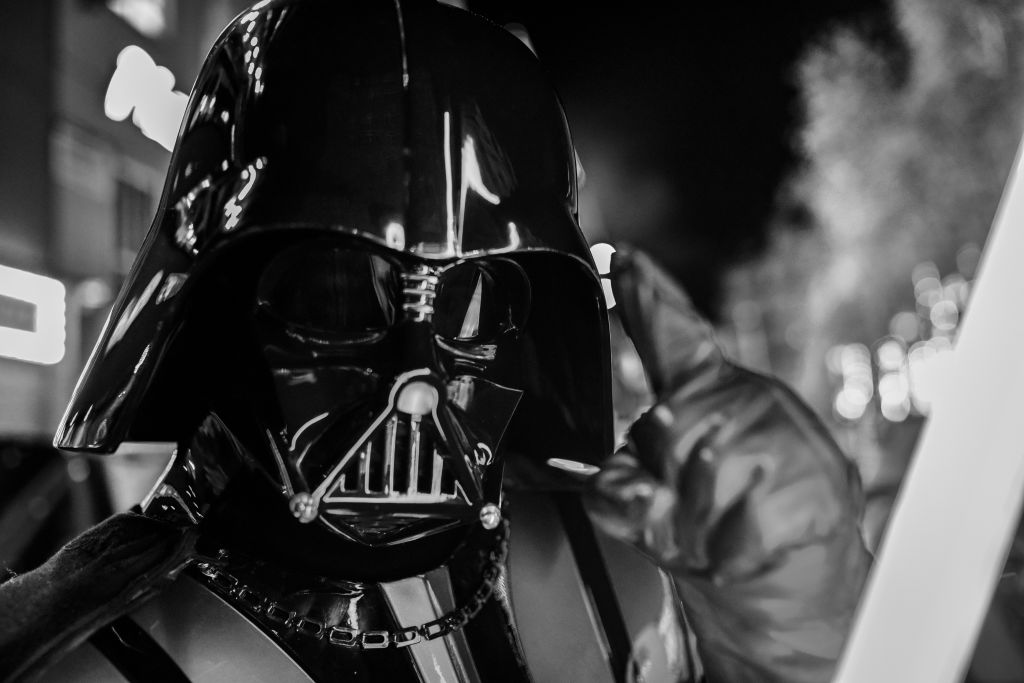 You can’t talk about Darth Vader without mentioning his reveal to Luke Skywalker that he was his father. Luke’s reaction takes the cake, but it’s the actual fact that stunned audiences, of course. Lucas didn’t even have it planned beforehand when mapping out the trilogy and didn’t even tell he actors in the scene until the day of. So imagine the shock viewers had. Chill-inducing, and then to connect the embodiment of good (Luke) to evil (Vader) is such an interesting dynamic as well.

2. ‘Return of the Jedi’ redemption

Fans like Darth Vader for who he is. However, after finding out he was Luke’s father, there is that hope that redemption is possible. And Return of the Jedi delivers it. After his big fight with Luke in Empire Strikes Back and his apparent death grip on treachery, it was tough to call. But Luke was the only one who could bring Vader back to the Light Side, and his hope and love for his father, despite who he was, saved him. Anakin came back and killed the Emperor, sacrificing himself for his son with the good left in him.

3. Fight against Obi-Wan on Mustafar

As soon as Anakin Skywalker pledges himself to Palpatine in Revenge of the Sith, he is Darth Vader. So a massive moment is his first fight with his former master, and brother-in-arms, Obi-Wan Kenobi. It’s highly emotional, as his betrayal and turn are fresh and Obi-Wan is still trying to make sense of it.

The choreography is one of the best in the whole franchise, and the stakes make it so mesmerizing. Of course, it gave fans the iconic “high ground” line, but it also solidifies Anakin’s fall to the Dark Side, physically and emotionally as he screams out his hate for his once-brother.

4. Darth Vader’s attack in ‘Rogue One’

While Darth Vader’s appearance in Rogue One has been criticized, there’s no doubt that it brings his cold ruthlessness back to the forefront of people’s perception of him. The movie doesn’t focus on any other Star Wars characters we’re used to, although it does have Bail Organa and Mon Mothma. It shows a whole new side to the Rebellion and Vader’s role in quelling it.

From the moment you see him choke Director Orson Krennic, to when he tries to storm Princess Leia’s ship, this iteration of Vader is beyond chilling. This reinstates his true villainy and makes it one of the best Darth Vader moments.

5. His brief, but haunting, cameo in ‘Fallen Order’

While this isn’t as widely viewed as the movies and shows, you can’t overlook how good Darth Vader’s cameo in Jedi: Fallen Order is. The video game focuses on Cal Kestis, a former Jedi Padawan, five years after the Jedi Purge in Revenge of the Sith. Cal has to get ahold of a Jedi Holocron that has names of Force-sensitive children on it. The Inquisitors are also after it, to exterminate or convert those on the list.

Vader shows up at the very end of the game when Cal faces off against Second Sister. Vader shows up and kills her right away, and his haunting presence is after you for the rest of the game. He doesn’t come with a health bar and the only way to win is to evade him; there’s no beating Darth Vader. Which is, essentially, what Vader is all about.

Lastly, one of the most heartbreaking Darth Vader moments is his duel with Ahsoka in Star Wars Rebels, Season 2. Ahsoka shows up as Fulcrum, a Rebel operative, and becomes another mentor of sorts. She’s wiser than she was when she left the Jedi Order in Season 5 of The Clone Wars. Ahsoka sensed something in Darth Vader, but her denial clouds his identity.

But once she comes face-to-face with him and cuts part of his mask, she can’t deny it any longer. Knowing her beloved master had become this evil Sith is shattering, but she vows not to leave him, “not this time.” Anakin comes back for a fleeting second, but vanishes. Darth Vader is determined to kill every last bit of Anakin’s life, including Ahsoka. And he almost does.