Home » A Place in the Sun: Jasmine Harman ‘disappointed’ over ‘the worst start to a house hunt’

A Place in the Sun: Guests slam first property

Jasmine Harman, 45, was on hand to help Carol and her daughter-in-law Donna find a holiday home in Lanzarote that the whole family could enjoy. The presenter had her work cut out for her as Carol was working on behalf of herself and husband Bob and the pair wanted a property which had plenty of space, an outside area with a swimming pool and located near to the beach. With a budget of £150,000 to play with, the property expert was sure she had found five properties the A Place in the Sun guests would snatch up in a heartbeat. However, just moments into the latest episode of the Channel 4 show, the host explained she’d had the “worst start to a house hunt”.

Property number one was located within a resort complex and the swimming pool was right on the doorstep, making it appealing to families.

The host focussed on this as the sell of the house, telling Carol and Donna: “So, we’re starting off by this lovely swimming pool for our first property.”

“It’s ok for size, I think,” Carol replied with trepidation in her voice, to which Jasmine hit back: “Ok, is it only ok?”

“No, it’s good for size and there are sunbeds all around,” the house hunter added with the presenter telling her the “grandkids would love it”.

Jasmine showed the guests the two-bedroom bungalow situated to the left-hand side of the pool but again, Carol wasn’t full of enthusiasm. 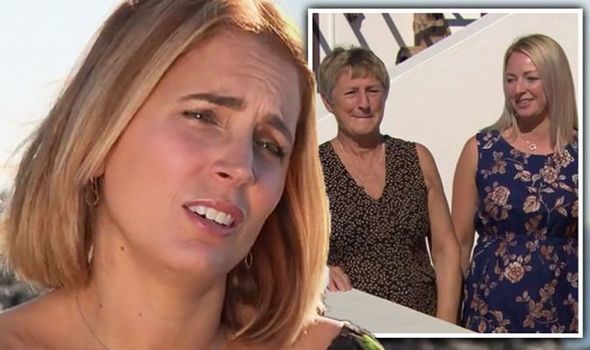 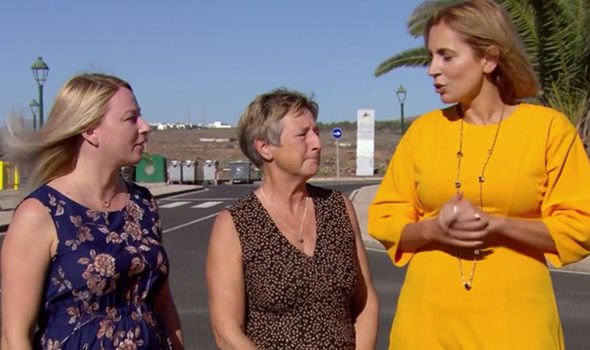 Donna had a different perspective as she said: “I think it will be ideal as you wouldn’t have to pick everyone up to go back to the apartment.

“Kids can still play in the pool whilst you’re in and out,” she continued and Jasmine revealed the property had been on the market for over a year.

As the viewing played out, it was clear Carol wasn’t on board as she told the presenter: “I just think the whole place is too small.”

“More space inside and outside is really what you want,” Jasmine said, before adding: “Shall we draw a line under this and move on?” 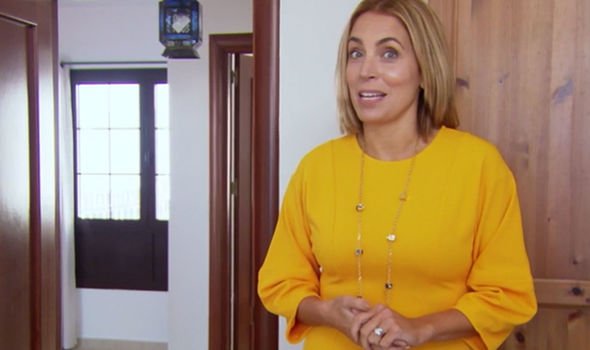 Shall we draw a line under this?

It was clear the presenter was deflated as she told the camera: “I’m disappointed this bungalow didn’t do the job for Carol, particularly in terms of size.

“I think for someone else, it’s a beautifully finished property in a great location. I’ve had worst starts to a house hunt.

“Though not many but as the song says, things can only get better,” the property expert remarked as she tried to stay positive.

However, Jasmine’s luck changed as property number two and three became strong contenders for Carol, albeit with a few changes she would make.

Having seen three properties, the guest decided to change tact as she told Jasmine she was going to boost the budget by £10,000. 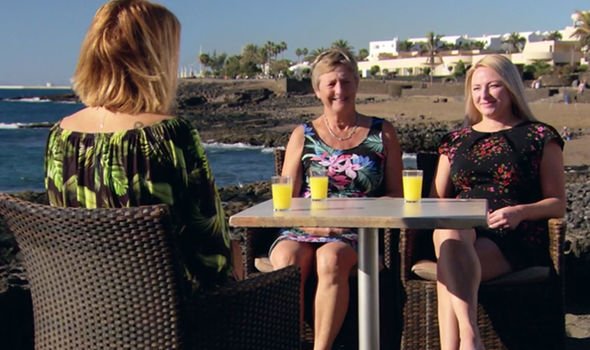 “It’s not every day you get 10 grand to play with,” the host remarked and she set about trying to find some properties that met the criteria with the new budget.

Property number four was one she was sure Carol would love but on inspection, the guest wasn’t overly impressed.

Carol explained that she “liked the space” but just “wasn’t feeling it” as the patio was situated somewhere the sun wouldn’t hit.

The guest also didn’t like how the property was overlooked in every direction and Jasmine said it was a “bit of a non-starter”.

Wanting to pull out all the stops for property number five, the presenter believed she had found the perfect holiday home.

On the market for £154,000, the house was everything and more Donna would have wanted for a holiday home which her children would enjoy, too.

Unfortunately, Carol didn’t agree and by the end of the viewing, the pair were divided over whether to put an offer in on any of the houses.

Jasmine told the guests to go and sleep on their decision and hoped they would be able to settle on one of the properties she had found for them.

The next day, the host met up with the house hunter, and unfortunately, she received the news she didn’t want to hear.

Carol explained property number five had set the cat amongst the pigeons and if she hadn’t have been shown that last one, she would have put an offer in on number five.

The guest also stated she wanted to view some of the properties Jasmine had shown her again to rule them out or keep them on the cards.

Jasmine told the guest at the end of the programme she and the team had pulled out everything to find the five properties on offer.

The presenter declared it was going to be hard to find anything better in the location with such a tight budget.

A Place in the Sun airs weekdays at 3pm on Channel 4.

Who is Randall Emmett’s ex-wife?