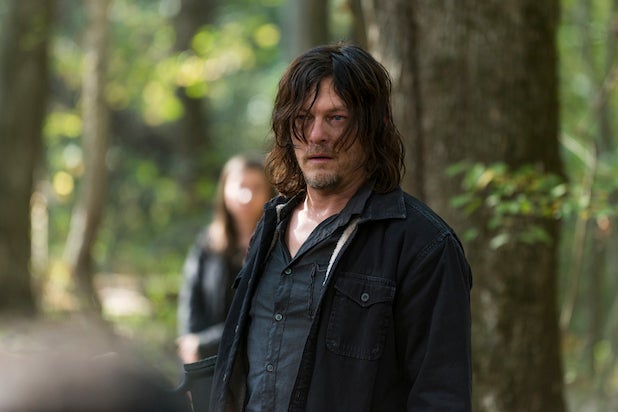 Fans of “The Walking Dead” will have to wait a while to see how Season 10 wraps up. AMC announced on Tuesday that the Season 10 finale of the zombie drama has been delayed.

“Current events have unfortunately made it impossible to complete post-production of The Walking Dead Season 10 finale, so the current season will end with its 15th episode on April 5,” the network said in a statement. “The planned finale will appear as a special episode later in the year.”

The episode was originally scheduled to air on April 12.

The news comes a few weeks after production on “Fear the Walking Dead” and preproduction on Season 11 of “The Walking Dead” were both postponed due to concerns about the ongoing coronavirus pandemic. AMC also had to shelve work on its upcoming hybrid-comedy series “Kevin Can F**k Himself.”

The network also said last week that it would delay the premiere of the third series in the franchise, “The Walking Dead: World Beyond” until later this year as a result of the pandemic.

'To All the Boys: Always and Forever' Movie Review: Ending the Lara Jean and Peter Trilogy