Home » TV and Movies » And Just Like That shocks fans as Harry literally bares all: 'Was that real?' 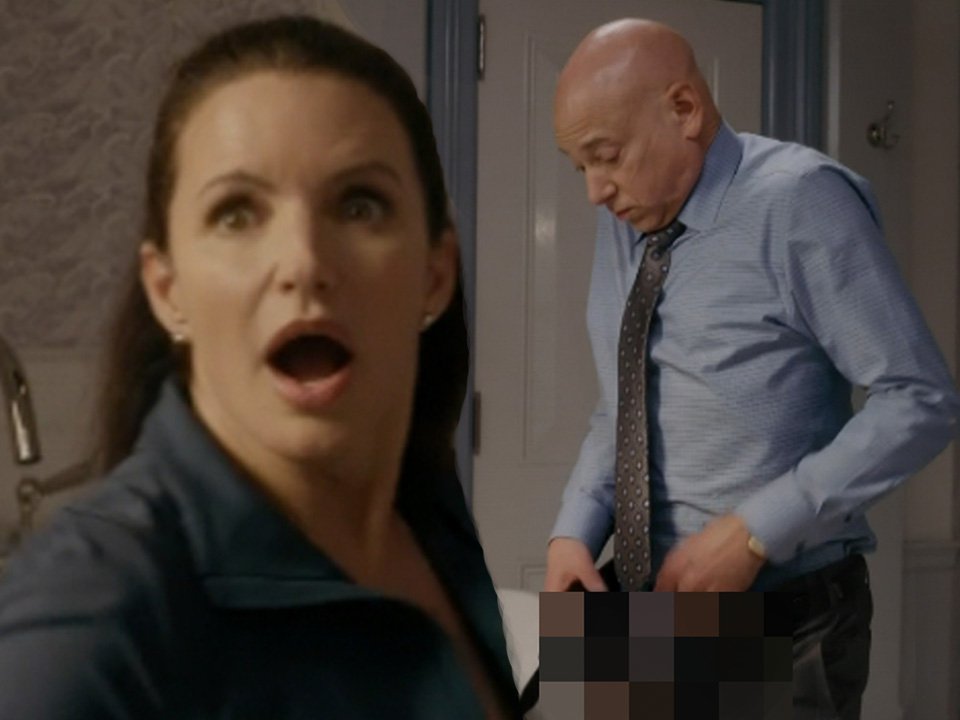 *Warning: This article contains spoilers from episode 8 of And Just Like That.

And Just Like That… Harry introduced his penis to Sex and The City fans.

In the latest episode, Charlotte used her methods of persuasion to convince Harry to wear a fitness ring after the death of Mr Big, frantically aware of the link between middle aged men and heart problems.

Reluctantly, Harry eventually came around but only if Charlotte asked ‘him properly’ by getting on one knee.

And while she was down there…

However, it all ended in disaster as their eldest daughter Lily walked in promoting a panicked Charlotte to slam the door in her nose.

Good luck explaining that one.

Naturally, viewers were quick to react with one posting: ‘I will never look at Harry the same way again.’

‘Omg did we seriously just see Harry’s massive d**k??????’ gasped another stunned onlooker while someone else praised his ‘huge talent’ and others asked: ‘Was it real?’

Perhaps it shouldn’t have as too much of a surprise though, as Evan Handler describes himself as a ‘sometimes nude television star’.

The latest episode of And Just Like That also saw Miranda Hobbes split with Steve Brady, throwing away 20 years of marriage because of a whirlwind fling with questionable comedian Che Diaz.

Throughout And Just Like That, fans have become increasingly frustrated by Miranda, but now she’s finally come clean to Steve – and she wants a divorce.

Writer Elisa Zuritsky actually defended the storyline from backlash after critics declared Steve ‘could do better’.

And Just Like That is available to stream on NOW.

'Jeopardy!' Champion Ken Jennings Created a New Board Game and It's Getting a Lot of Buzz