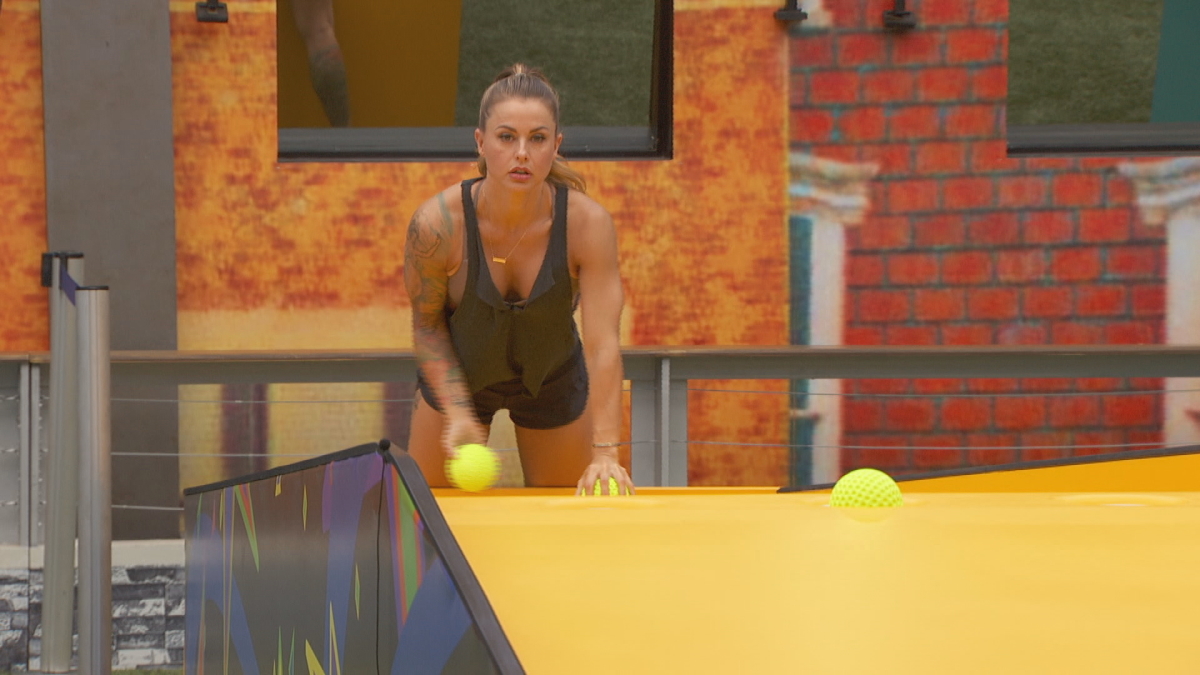 Big Brother 2020 spoilers from Sunday night include a lot of drama from the BB22 cast. One houseguest is trying to quit, one is working hard to convince viewers she is a compulsive liar, and Nicole is walking around in a lost haze.

As the Sunday night episode was coming to an end, the drama was building up in the house again. At the heart of it all, Tyler Crispen seems to be taking it very hard that Bayleigh Dayton and Da’Vonne Rogers have turned on him.

He seems to feel bad that they are on the block and Tyler has gone to Head of Household Christmas Abbott to put a plan in place. Meanwhile, downstairs, Daniele Donato continues to lie about Tyler and tries to convince Nicole that he is nefarious.

For readers who want to continue, be aware that we are going to be talking about the Power of Veto throughout the rest of the article.

Tyler asks to be backdoored

Tyler went to talk to Christmas and convince her to use the Power of Veto that she won in order to take Bayleigh off the block. He is volunteering to go up as a replacement nominee and get sent home.

When the conversation started, though, the feeds went down, keeping live feed subscribers from seeing everything that they were talking about in the HOH Room. Subscribers were not pleased – at all.

As the chat was taking place, all four cameras on the feeds started showing Dani and Nicole. Dani was pushing the narrative that Tyler went to get Christmas to backdoor her and that he would stop at nothing to get her out of the house immediately.

You would think after all these years that Dani would know what backdooring means on the show. She clearly still doesn’t.

Dani really got Nicole going, causing Nicole to fear that Tyler was up there trying to get her on the block as well. It was a spiral of a conversation that showed how Dani has been playing the game this season.

Let’s not forget that several weeks ago Dani was plotting with Cody Calafiore to get Tyler out of the game. It was right around that time that Dani and Nicole were pushing for Bayleigh and Da’Vonne to get evicted before Kaysar Ridha.

The house has been very chaotic since Christmas took over as HOH. It was reported that Ian Terry and Tyler almost self-evicted, Christmas said she was worried about getting shot by Bayleigh, and the duo of Nicole and Cody have enjoyed feeling safe.

Hopefully, Tyler doesn’t self-evict before the night is over, as that would mean he doesn’t get that huge payment for being on Big Brother All-Stars this summer. But something is going to come from all of this. Most likely more drama.

Fans who thought the show was really boring through the first four weeks may finally be getting that excitement they craved from Day 1.