After weeks of cat and mouse, it was finally revealed Tom Brannick (played by James Nesbitt) was killer Goliath. He unsuccessfully tried to frame his boss Jackie Twomey (Lorcan Cranitch) for the murders 22 years ago with the help of Tori Matthews (Lisa Dwan). However, when their plan failed, Tori began to realise she’d been used and Brannick was actually Goliath – the man who killed her father.

Tori told Brannick’s daughter Izzy (Lola Petticrew) she wasn’t feeling so great so would head out to her cottage on the moors to clear her head.

The doctor went on to warn Brannick if he didn’t want anything to happen to Izzy, he would join them and explain what really happened to her father.

When he arrived, Izzy told her dad not to “mess it up” as she believed Tori wanted to spend time with Brannick.

Unfortunately, all Tori wanted were answers. She demanded Brannick confess to what happened 22 years ago and pay for his crimes.

Brannick explained he had been coerced into killing two men after his wife Emma and daughter’s lives were threatened.

With Izzy just one-year-old, Brannick couldn’t bear the thought of her living without a mum.

However, after killing two men, Adam Corry’s (Ian McElhinney) brother David, was revealed to be in a relationship with Emma, and had used him to do his bidding.

Furious, Brannick killed David by shooting him in the head but couldn’t bring himself to murder his wife.

Instead, he warned Emma to leave him and Izzy and never return. He confessed to Tori that Emma had not been seen since and had “no idea” where she was.

Tori, whose father was killed by Brannick, insisted he turn himself into the police and he agreed, informing her the gun he’d used was hidden away in an unused barn.

When Tori got there, Pat Keenan (Peter Ballance) already had the gun and he shot her in the head before dragging her body to a boat.

As he tried to load the boat with rocks, Brannick arrived and shot Pat, setting him up to be revealed as Goliath.

When the police arrived at the scene, they could only take Brannick’s word regarding what happened.

Brannick appeared to have silenced the two people who could expose him as Goliath and he was last seen with Izzy as the pair looked out at the sea.

Fans were disappointed by the ending with many noting there were plenty of unanswered questions – particularly about Emma’s whereabouts.

Taking to Twitter to share their thoughts on the series, one viewer posted: “Well, #Bloodlands turned out to be a disappointing starter. Hope the main course that is #LineOfDuty delivers next week.”

Another added: “Hate to say it but disappointed in finale of #Bloodlands We wanted to see Emma!”

“Pleased I thought of how to get rid of Tori before James Nesbitt! Emma must return in Series 2 #Bloodlands,” a third posted.

Someone else continued: “A second series then! He is so suspect, reckon the second series will be him working somewhere else and his wife coming back, with Cracker man on it. #Bloodlands.”

“So…there’s going to be a second series of #Bloodlands I hope that Emma makes an appearance in that one to muddy the waters even more. Brannick will never be trusted by his team again so difficult to see how he’s going to fit back into the force. Overall I’ve liked the drama,” a fifth shared.

Bloodlands is available to watch on BBC iPlayer now. 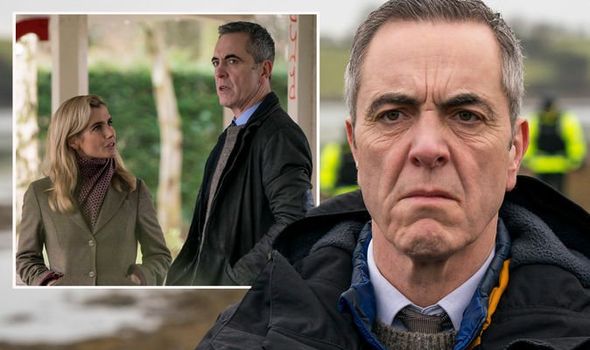 'The Office': Why Did Andy Call Jim 'Big Tuna'?

Candace Cameron Bure in Hallmark's 'If I Only Had Xmas': First Look

'The Last Kingdom' Season 4: James Northcote Talks about the New Season and Reveals Who He Wishes He Could Work with More