CASUALTY fans were left horrified after watching a butcher chop into his own arm in last night's episode.

The shop worker screamed in pain after accidentally putting his hand through a meat slicer. 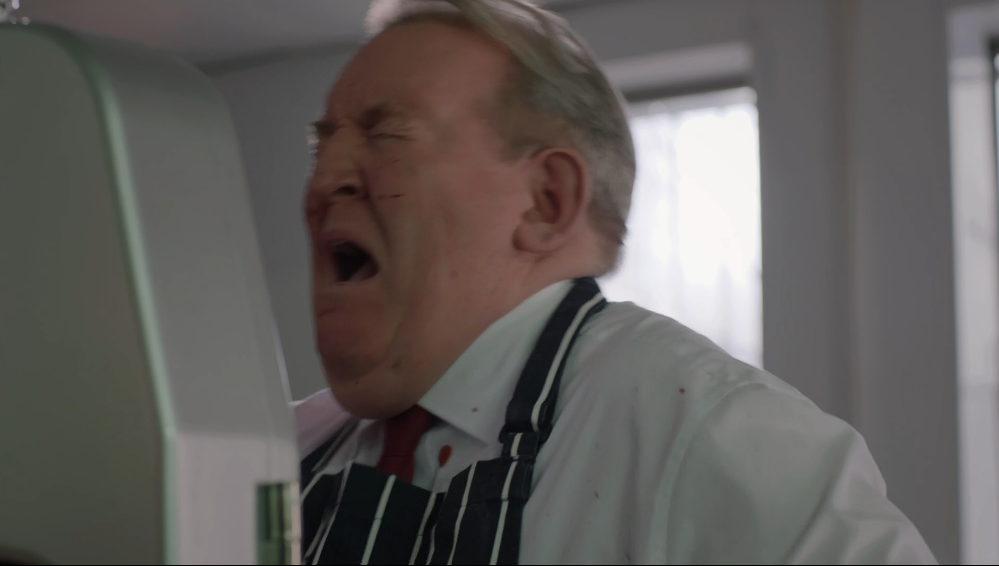 The butcher managed to pull his bleeding arm out of the machine and was rushed to hospital.

Viewers were virtually unable to watch the gory scenes, which they compared to something out of a horror film.

One tweeted: "Been a few years since #Casualty made me jump and cover my eyes but that butcher slicing his arm did!"

Another added: "It's like a fricking horror. Keep jumping!!" 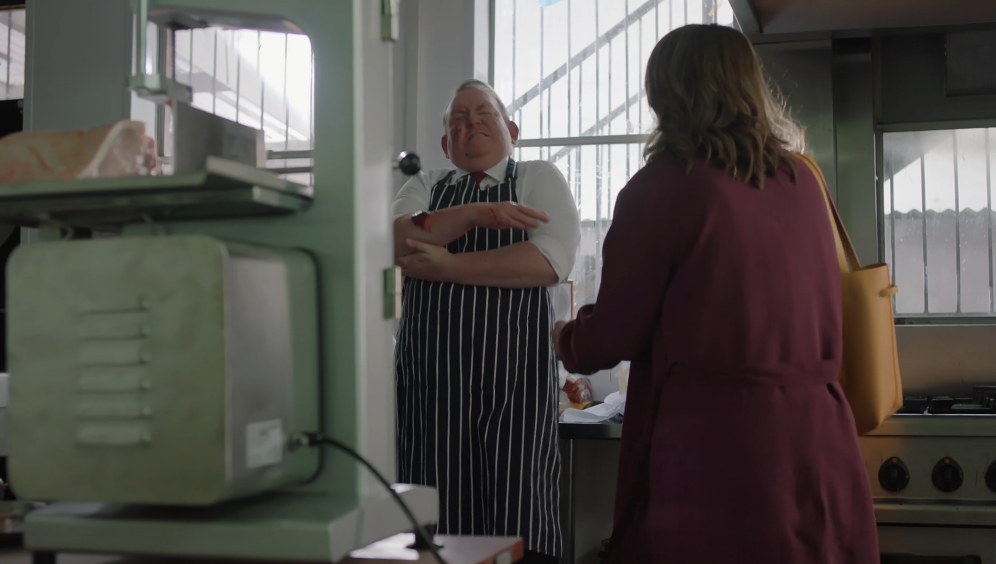 A third fan penned: "I'm not normally squeamish but that scene with the butcher saw!"

And that wasn't the only gruesome scene in the episode.

Fans were left reeling after watching a women falling through some stairs that gave way beneath her.

The BBC drama was hit by 111 complaints from viewers who weren't happy when the couple shared a smooch onscreen in an episode on January 25.

A report on the Beeb's website revealed those who complained found it "offensive to show scenes of same-sex couples kissing."

Marty and Jack's romance ended in heartbreak, however, as Marty later discovered that his love interest was married.

It turned out that Jack was in a long-term relationship with one of the patients – Liam (Patrick Baladi).

Liam was in hospital after being tasered by the police while trying to steal an aircraft, in a showdown at Holby Airport.

'The Office': 'There Wasn't a Dry Eye in the House' When the Cast Shot This Scene

‘The Drover’s Wife’ Is a Classic Story of a Woman in a Man’s World, but the New Adaptation Misses the Point