Comedian Vic Henley has died at the age of 57.

A regular guest on The Opie and Anthony radio show, Vic's niece revealed the sad news on social media, telling fans that the New York comic suffered from a pulmonary embolism over the weekend. 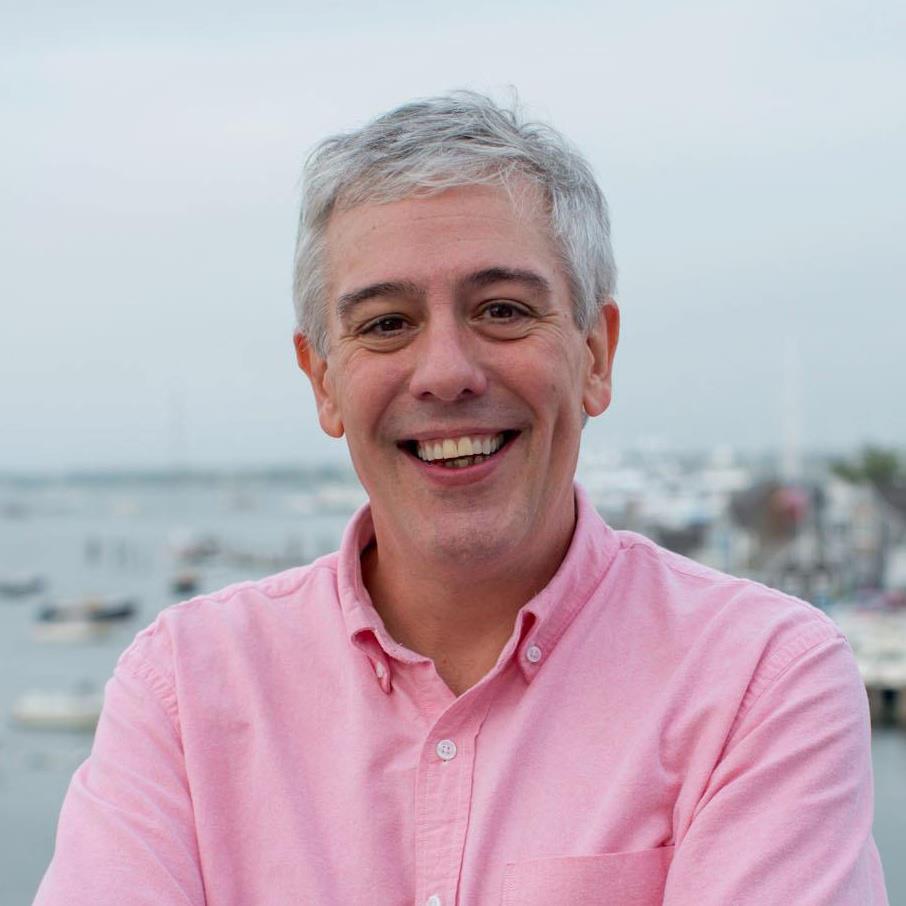 "The world loved Vic for the smile and laughter he brought to us all," she wrote.

"The amount of venues he performed in around the country and being nominated eight times for Comedian of the Year tells you a small amount of the respect he had in his industry of work.

She continued: "This afternoon at 3:55pm EST, Uncle Vic went to be with the Lord. He suffered from a pulmonary embolism over the weekend and after many efforts to save him, the angels came and took him home." 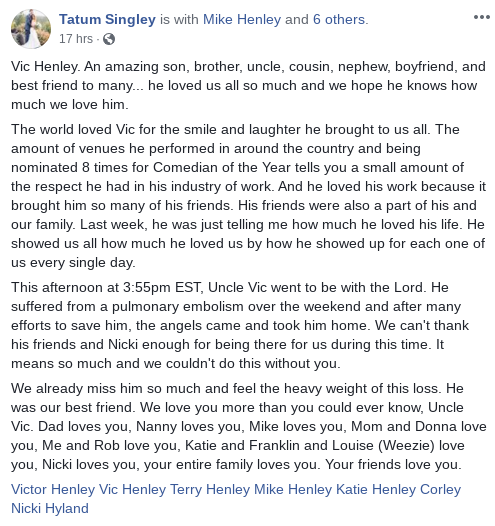 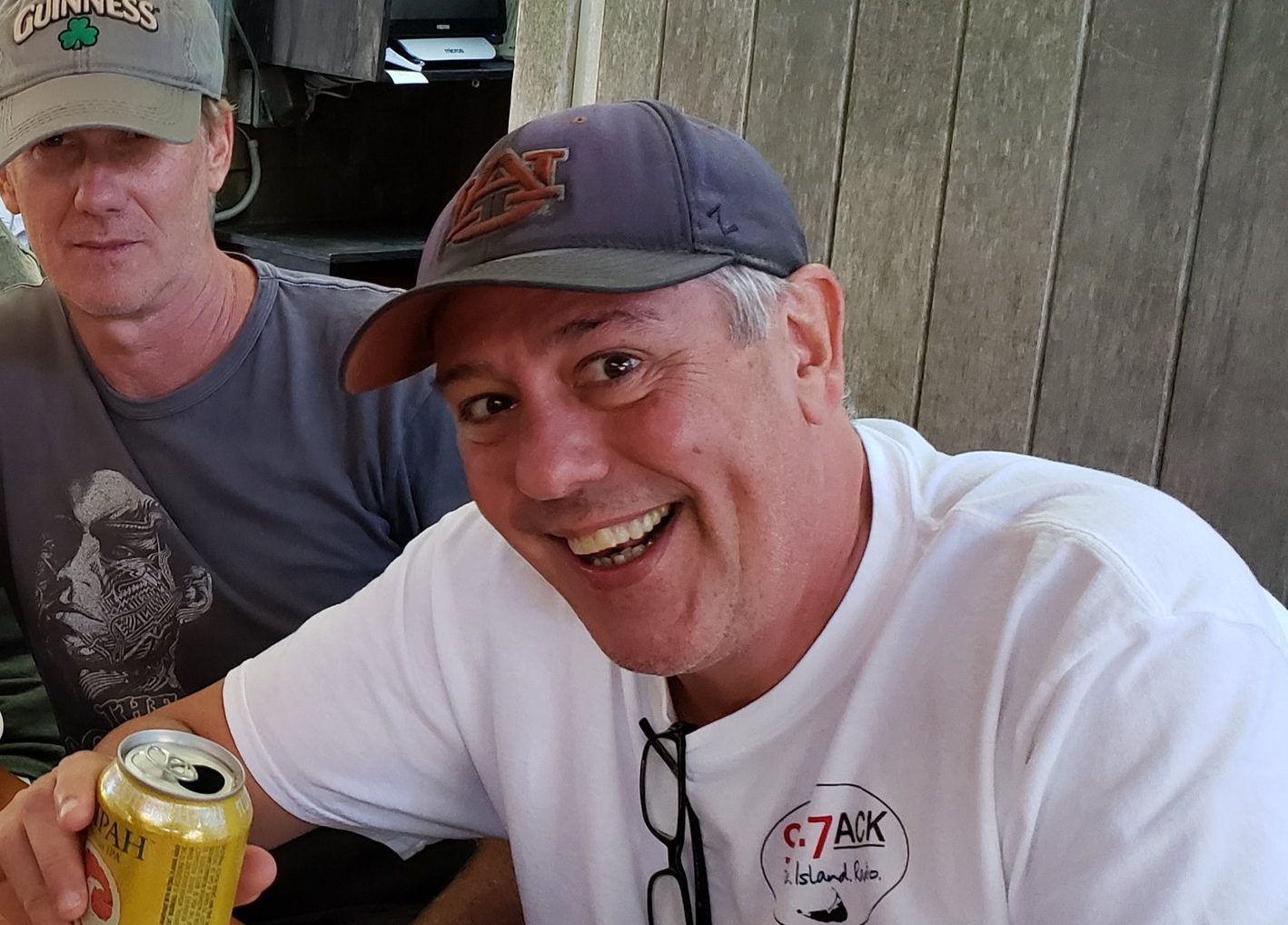 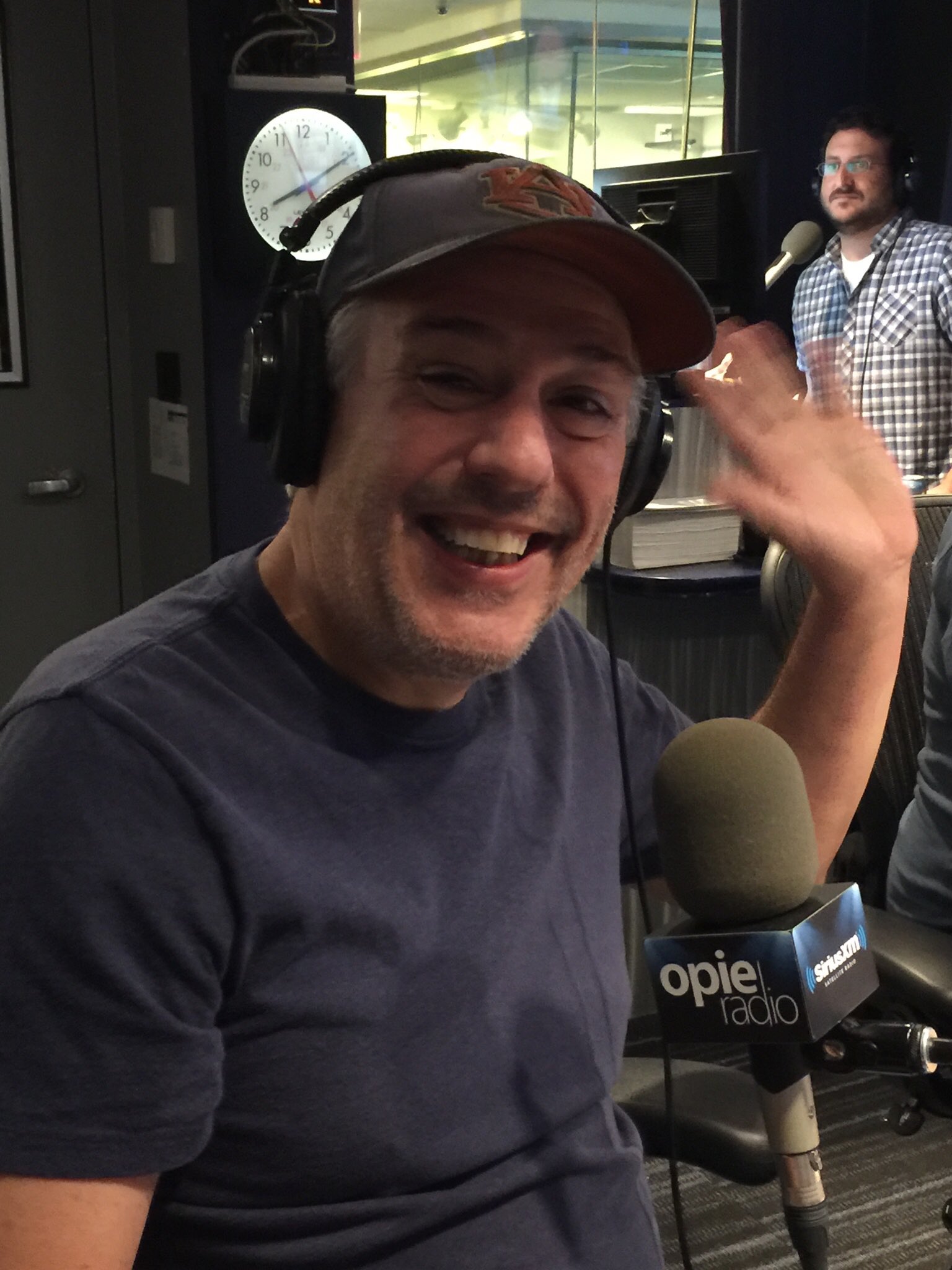 Gregg "Opie" Hughes remembered his friend as a great comedian but that he "loved even more our friendship".

"Loved doing radio with him but loved even more our friendship," wrote Gregg on Twitter

"The long hilarious, knowledgeable phone calls. The long walks home after doing the radio show ending in the middle of Central Park where I would turn left and he right.

"As we parted he would shout, 'you're not suppose to make new friends at our age.' Always happy, rarely sad. @VicHenley never had a bad word to say about anyone. His laugh/giggle was so contagious which you wanted to be around." 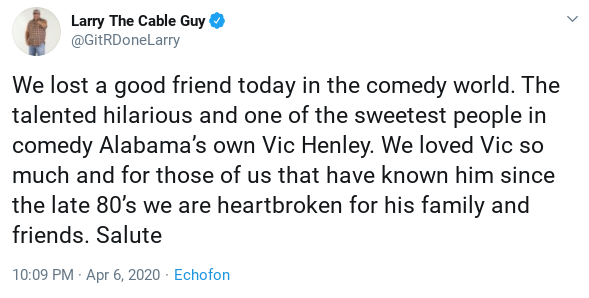 "I can’t even begin to express how sad I am about Vic Henley," shared friend and fellow comedian Liz Miele.

"One of the nicest dudes in the business. Grateful to have known him, beyond sad to have lost him so early. RIP buddy. This one hurts."

"We lost a good friend today in the comedy world," added Larry the Cable Guy.

Vic started stand-up comedy, focusing on politics and pop culture, in the 1980s and made appearances on Comedy Central, VJ work on VH1, late night sets, and Star Search.