The coronavirus pandemic well and truly put a stop to many people’s big days since lockdown was announced, and it seems Gary Windass (played by Mikey North) and Maria Connor (Samia Longchambon) are just like the regular folk. Tonight the pair celebrated their nuptials, but in a very careful, socially distanced manner with just a handful of guests. But, Coronation Street fans hit out when neither Gary nor Maria’s parents showed up.

Coronation Street may have only just gone back to filming, but they are taking no risks when it comes to the safety of the actors.

Tonight, Gary and Maria were joined by just David Platt (Jack P. Shepherd), Kirk Sutherland (Andrew Whyment), Emma Brooker (Alexandra Mardell), and the registrar at The Bistro where they got married.

The guests all stood around with two metres in between them as they watched Gary and Maria tie the knot, but fans hit out at the show for the lack of atmosphere during the ceremony. 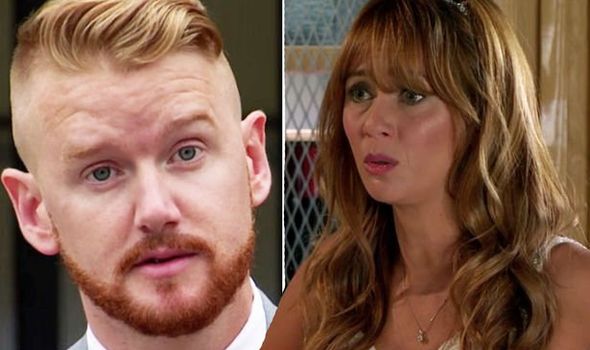 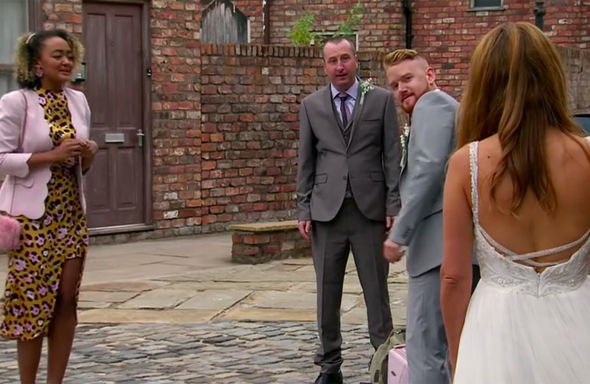 Another added: “What do you think Anna would think of her new daughter in law? #Corrie #CoronationStreet @itvcorrie.”

“Sorry but surely if you were getting married…” asked a third, “Both your parents would be at the wedding?

And a fourth said: “No Faye or Anna at the wedding #Corrie #Gary @itvcorrie.” 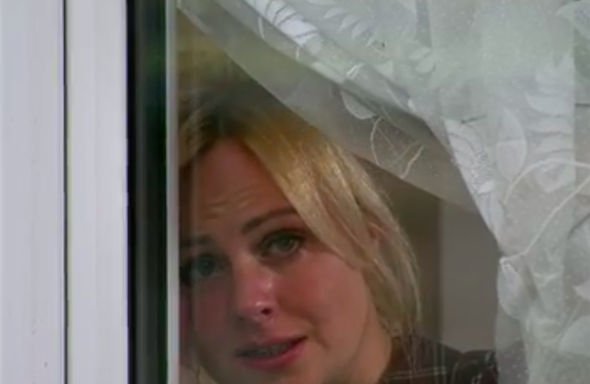 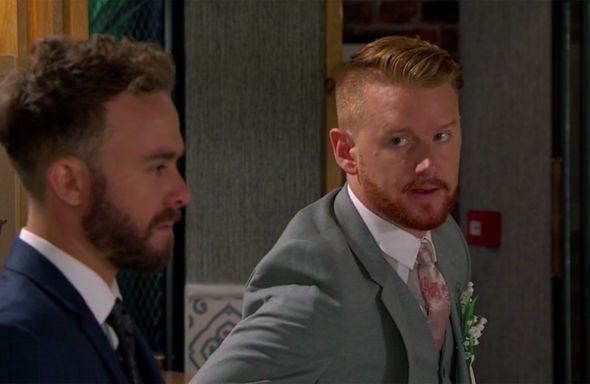 There was already tension in the air tonight as Gary went missing just moments before he said “I do”, to visit Sarah Platt (Tina O’Brien), as they both continued to try and work out their feelings for one another.

But, the lack of family wasn’t the only issue fans had tonight.

During the ceremony, the actors obviously weren’t even allowed to kiss, but fans were unhappy nonetheless.

Another said: “At least try and make it more realistic.

“They’re now married but because in real life they ain’t in a bubble they can’t go any closer than 2m.”

“Maria. You’ve made me the happiest guy in the world. But I’m not gonna come within 1.5 metres of you.” joked a third.

Sarah was left torn tonight after Adam Barlow (Sam Robertson) issued her with an ultimatum; hand herself into the police or they would have to get divorced.

But, Sarah couldn’t work out what she really wanted and ended up letting Adam leave as Gary got ready to go off on his honeymoon.

This left fans pondering whether or not Sarah had lost both the men she loves.

Will she be left all alone though? Or will Gary come back from his honeymoon specifically for Sarah?

TV Is Starting to Cut Ties with Trump, as His Legacy Wreaks Havoc on Reality