Coronation Street’s Ken Barlow (played by William Roache) left fans devastated when he appeared to announce his departure from the show in the 10,000th episode of the ITV soap. However, although Ken and Claudia Colby (Rula Lenska) have decided to move away from the Street, fans will continue to follow their journey as they embark on a new chapter in their lives.

In recent scenes, Ken’s good friend Rita Sullivan (Barbara Knox) discovered her estranged husband has passed away when his asked turned up with instructions of his wish to be scattered in Blackpool.

A host of Weatherfield favourites embarked on a trip to the seaside resort to accompany Rita on the emotional mission.

However, Ken used the trip as an opportunity to reflect on his life and his ambitions while Claudia’s request for them to move played on his mind.

The Corrie stalwart opened up to Rita and Audrey Roberts (Sue Nicholls) about his ambitions as a young man to travel the world. 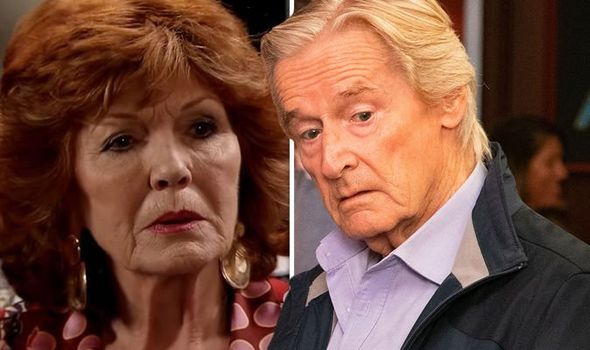 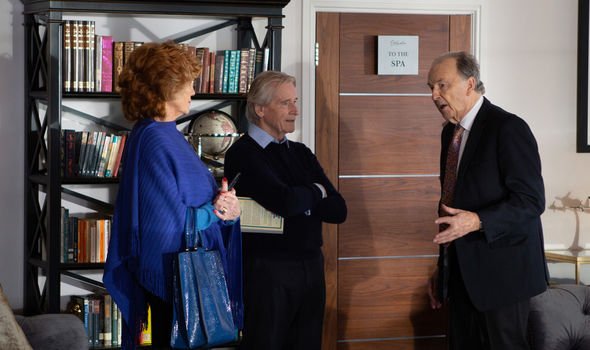 After some soul-searching, Ken has decided to listen to girlfriend Claudia and move to the Still Waters Luxury Retirement complex.

In a poignant scene with his dog, Eccles, Ken looked up at his house and declared he was leaving at the end of the soap’s 10,000th episode.

Viewers were left heartbroken as they feared Ken would depart for good but, the soap will watch the couple’s new life unfold. 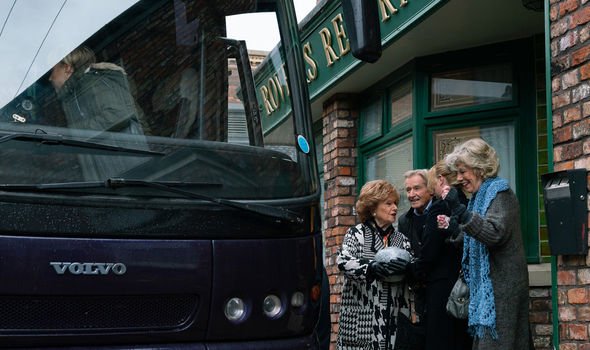 After informing their loved ones of their decision, Tracy Barlow (Kate Ford) and Peter Barlow (Chris Gascogne) began to fight over Number One.

But in upcoming scenes, fans will finally get to see Ken settle into his new life at Stillwaters and the pair are immediately made to feel welcome by a fellow resident, Charles Moore (Michael Elwyn).

As the couple adjust to life away from the cobbles, could they find themselves drifting apart?

Spoiler pictures show Charles befriending Ken and Claudia almost instantly, will he strike up an affair with Claudia?

Discussing Ken’s decision to leave the Street, William said: “This is a big decision for Ken but in some ways, he thinks it is now or never.

“He has lived on the same street his whole life and in the same house for most of it.

“He feels that he had a chance to move away with Martha on the barge but he let her go. Part of him regretted that.

“He doesn’t want to make the same mistake again and Claudia is very persuasive.”

He added: “He breaks the news to the family next week and they are surprised but very soon Peter and Tracy start squabbling over who will be given first refusal on the house.

“We have already started filming at the retirement complex and I am really enjoying it, it always feels different when we film away from the Street.

“It seems fitting that Ken makes this decision in the 10,000th episode but it will be strange not filming in Number One after all this time.”

'Jeopardy!' Champion Ken Jennings Created a New Board Game and It's Getting a Lot of Buzz