Coronation Street: Carla walks in on Peter doing a puzzle

Recovering alcoholic Peter (played by Chris Gascoyne) has been battling his struggles with the support of girlfriend Carla Connor (Alison King), but her fears that he could fall back on the wagon have remained. In upcoming episodes on Coronation Street, a fed up Carla could be swayed to leave the cobbles with her ex Lucas (Glen Wallace) after hearing about Peter’s hospitalisation and assuming he is drunk.

Trying to rekindle their relationship, Lucas takes the opportunity to attempt to win Carla back next week.

After Peter fails to show up for work, a furious Steve McDonald (Simon Gregson) tracks him down, only to find him slurring and stumbling all around his home, barely able to speak.

In scenes to air on the ITV soap, Steve, assuming Peter is drunk, ignores his claims that he is unwell, and locks his friend inside as Peter weakly gasps that he needs help.

Meanwhile, newcomer Lucas offers Carla a sympathetic ear, and his words strike a chord as he shares his experience of living with an addict.

READ MORE: James Martin walks off set after co-star swipe ‘Don’t have to be here’ 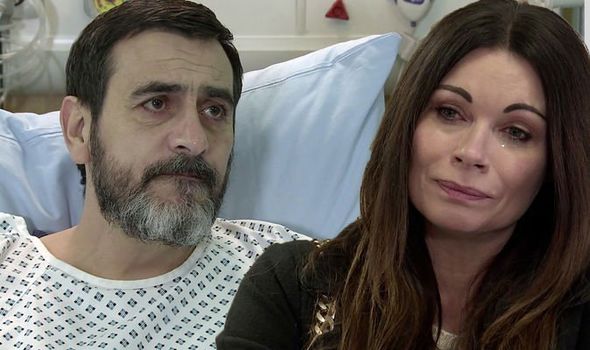 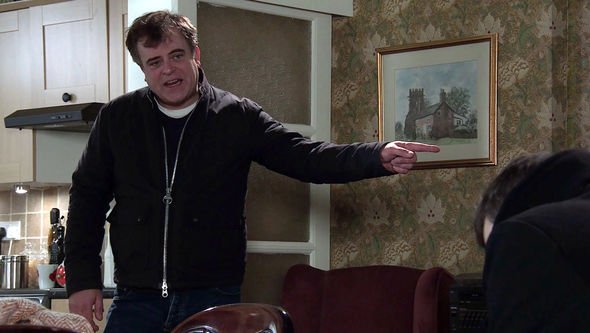 After convincing old flame Carla to take some time for herself, the pair head into town while a suffering Peter, locked in his home, looks terrible. He eventually collapses while trying to drag himself to the door.

Steve later informs Carla that Peter has been rushed to hospital in a drunken state.

Upon arriving to see him, Carla refuses to believe a groggy Peter as he insists he has no idea what happened and that he hadn’t been drinking.

Lucas eventually arrives, shocking Carla by asking her to return to Devon with him. 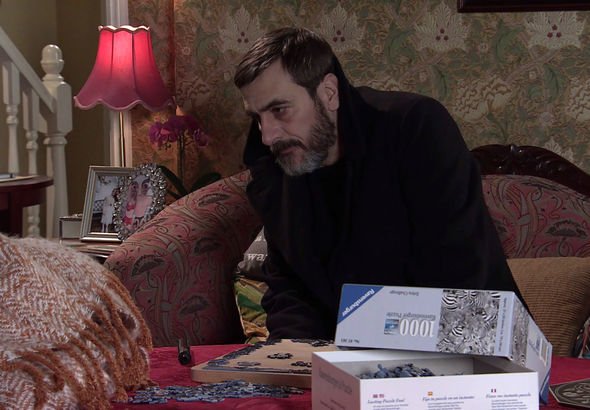 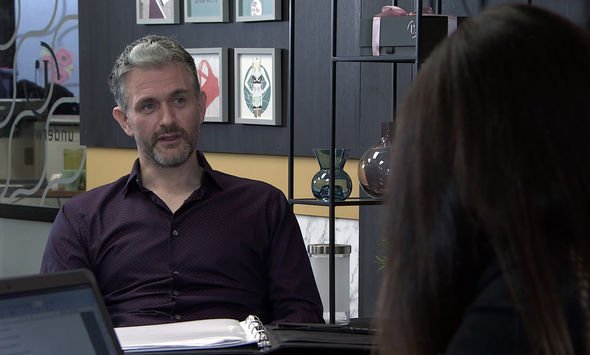 A tempted Carla is stunned by his timing, but Steve urges her to jump at the offer, labelling Peter an incurable drunk.

Peter later begs her not to give up on them, but she tells him she cannot spend the rest of her life in this way. However, they are interrupted however by a consultant, who explains that Peter had in fact not been drinking, and his disorientation was caused by toxins arising from his liver failure.

A guilt-ridden Carla begs Peter for forgiveness, but he orders her not to stay with him out of pity, but to do what will make her truly happy. Will Carla give up on Peter and start afresh with her ex?

The potential breakup of the pair could devastate Peter, but Carla’s lingering suspicions about his drinking may prove to be too much for the relationship to recover from and, with the option of Lucas in the background, it seems Carla may soon be washing her hands of Peter.

Peter has battled with addiction for years, with his last relapse happening just months ago. With permanent damage to his liver, his family and Carla are more desperate than ever to stop him from hitting the bottle again.

Fearing that he could drink himself to death, Peter’s father Ken Barlow (William Roache) recently moved his son in with him to try to prevent him from another relapse.

A sheepish Steve later regrets his treatment of Peter and Ken is appalled when Tracy Barlow (Kate Ford) tried to defend him, demanding that the couple find somewhere else to live.

Steve later apologises to Peter, who points out that he is supposed to be a mate.

Ken warns Tracy that if Steve puts another foot wrong, they will have to move out.

But how long can Ken help his troubled son? Speaking about the Peter’s behaviour, actor William recently described the events as “distressing” for Ken, who doesn’t want to give up on Peter.

Could this be the final straw for Carla and could she be pushed to leave Weatherfield for good?

'RHOSLC': A Breakdown of Jen Shah's 2 Counts of Fraud, According to an Attorney

'Chicago P.D.': Patrick John Flueger Shared His Thoughts On the Show Being 'Copaganda'