Bernie Winter (played by Jane Hazelgrove) is making a return to Coronation Street next week after bidding farewell to daughter Gemma Winter (Dolly-Rose Campbell) and son Paul Foreman (Peter Ash) earlier this year. The quirky character’s comeback to the cobbles will be centred around her four baby grandchildren and their mother struggling to cope with accommodating their continuous needs. However, this will involve viewers of the ITV soap seeing a drastic change to the grandmother as she realises the gravity of the situation.

Even before she made her first appearance in Weatherfield last year, viewers of the soap weren’t totally convinced Bernie was mother of the year after hearing stories about Gemma’s troubled past.

Shortly after arriving on the cobbles however, the quirky mother became a fan favourite, but she was still thinking of herself.

Her antics included using her daughter’s urine for a moneymaking scam whilst she was pregnant and rekindling her romance with Kel Hinchley (Joe Alessi), not realising he’d sexually abused her son when he was a child.

Having spent some time away from her children and getting her head together, it seems a totally different side to her character will begin to shine through – but is she really a changed woman? 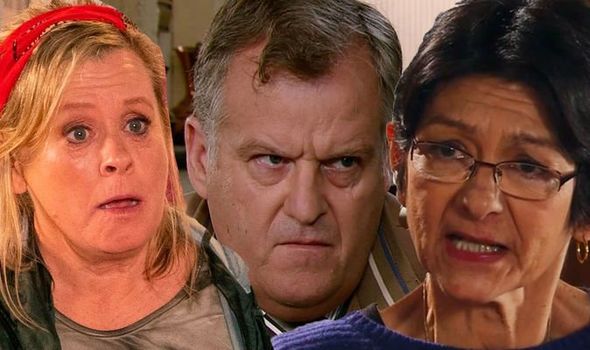 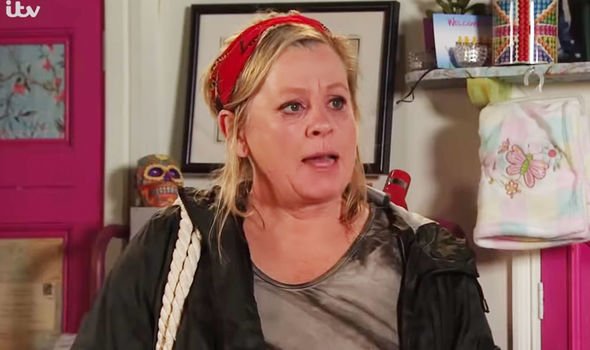 Upcoming scenes will see Gemma reach out to her mother as life with the quadruplets continues to take its toll, albeit since she discovered young Aled was deaf.

Arriving back on the cobbles, it’s clear to the grandmother her daughter is up to her eyes in it and later, she picks up on the young mother’s anxieties over her children.

When the youngster decides to have a few drinks with her friends to let go of the stress, a set of events leads her to make a rash exit and suddenly, her babies lives are in danger when she walks out in front of an oncoming car.

Knowing she’s at her wit’s end, the Weatherfield favourite will break down in Bernie’s arms and this is when the quirky character decides it’s time to change – for the better. 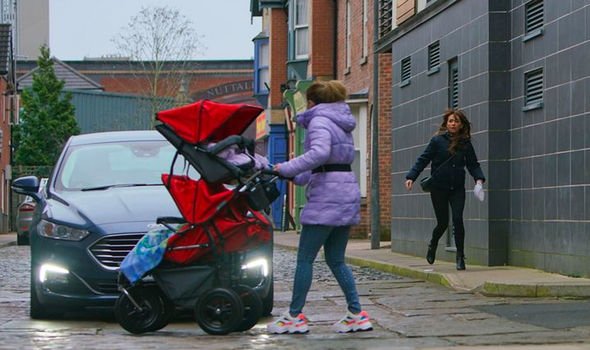 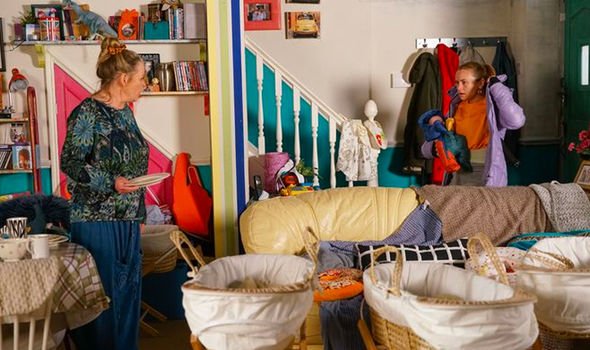 It’s time for Bernie to stop being selfish

Speaking about her alter-ego’s return to the cobbles, actress Jane, 51, detailed some of the changes viewers can expect to see.

The soap star said: “Bernie is the lioness and she’s going to do everything she can to make sure that her baby is alright.

“It’s time for Bernie to stop being selfish and be selfless, which is something Bernie hasn’t done before.”

On whether the change will be long-lasting, the Bernie star said: “I do think Bernie can change, I think what happened with Paul has given her a real kick up the backside.”

Viewers will have to wait and see if the quirky character proves her worth, but fans are certainly excited to see more of Bernie.

Taking to Twitter after watching Gemma make the call to her mother in recent scenes, one viewer posted: “#corrie Bring back Bernie please.”

The returnee will also bare her teeth as she takes on her daughter’s bullies, being the other mother’s at the playgroups.

Although the quad’s mother believes she has made some new friends, they have been making snide comments behind her back and trying to humiliate her.

“I think for any parent, or for anyone who loves somebody, to see them being bullied by a group making out they’re friends is awful to see.”

Again, viewers will have to wait and see what Bernie does, but it certainly aims to show how much she has changed since her first stint.

Will Gemma be able to move on from her mother’s past mistakes and accept her support in her darkest hour?

If you or anyone you know has been affected by the issues raised in this article, please seek advice from mind.org.uk or visit the ITV help pages for assistance.

'Coastal Elites' and Its 'Deliberately Provocative' Title Are Meant to Confuse