Tessa Metcalfe has not been seen on Coronation Street but Geoff (played by Ian Bartholomew) has made it very clear he didn’t love her. It’s known that Geoff thought she was “selfish, rude, demanding and lazy” and only married her because she was pregnant with Tim (Joe Duttine). The taxi driver barely mentions his mother and it’s known she didn’t step forward to help out when Tim’s daughter Faye Windass (Ellie Leach) was put into care following her mother’s drug overdose. Could Geoff have told Tim about his mother’s death but kept the details to himself?

If Geoff did kill his second wife Tessa, the truth will come out in the coming months as the former hospital radio host’s murky past comes to the surface.

Coronation Street boss Iain MacLeod has teased fans will learn a lot more about Tim and his upbringing.

He even hinted Tim could have been groomed by his own father to be completely unaware of his controlling and abusive behaviour.

Speaking to Express.co.uk, Iain explained: “It would be highly unlikely that Geoff had never committed these behaviours previously. 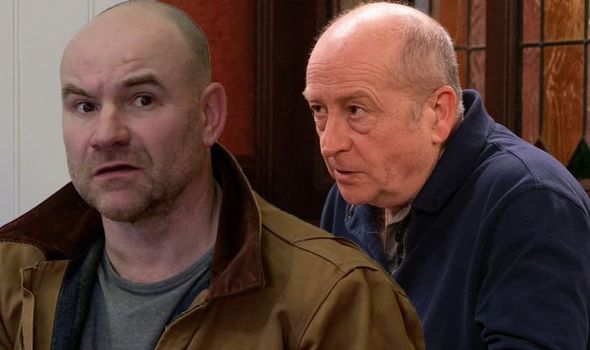 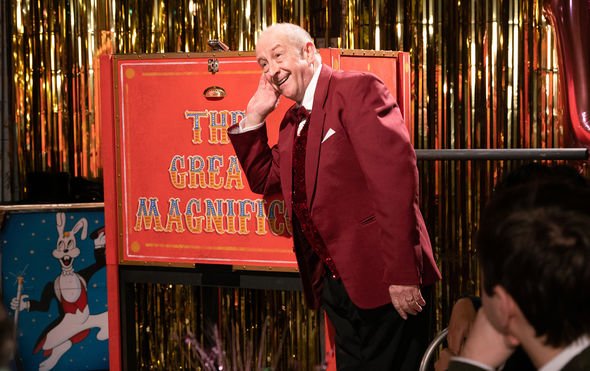 “What we have discovered from our research is that perpetrators have a cyclical pattern of behaviour.

“They lure someone in with love bombing and grand gestures and that gradually gives way over time.”

This sounds like Geoff’s relationship with Tessa, who was originally his magician’s assistant.

As Geoff planned to wed Yasmeen, could Tessa have discovered her ex had targeted someone else and tried to warn her, only to be silenced by the magician? 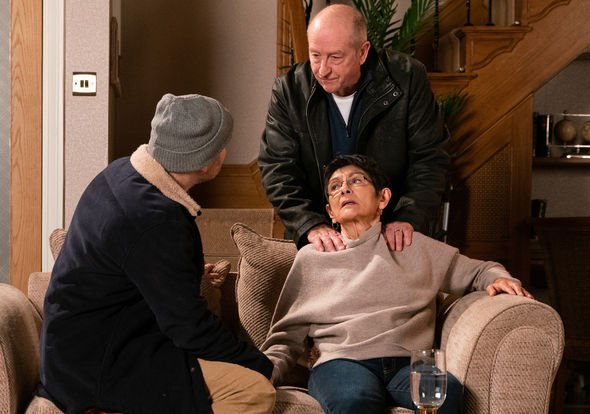 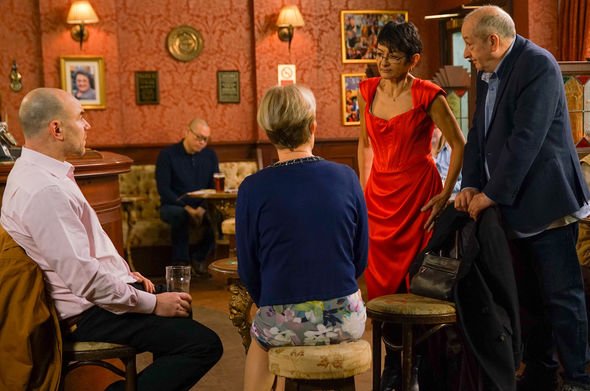 Iain continued: “They then move onto someone else so it’s right we look back at Geoff’s previous relationships and see he has done this before.

“We will really explore Geoff and Tim’s backstory. It’s a good opportunity to find out about Tim’s family background. Lots of family saga stuff to come.”

If Tim grew up in a controlling and abusive environment, it may explain why he is oblivious to Geoff’s behaviour as he may believe it is normal having seen it as a child.

As Geoff’s abuse and control over Yasmeen comes to the surface, could Tim end up discovering the truth about his mother?

Iain went on to reveal it will take time for Yasmeen to realise what Geoff has been doing to her with Alya Nazir (Sair Khan) and Sally Metcalfe (Sally Dynevor) being key players.

He explained: “It’s a slow road for her to kind of accept what she’s been through and to see it as abuse.

“We’ll see a lot of her wrestling with what she’s done in coming weeks and a lot of her friends and family trying to kind of lead her out of the darkness and into the light in.

“They’re trying to convince her that she’s actually the person that has been wronged in all this and that, you know, Geoff is not the victim, Geoff is the perpetrator.

“And so, it’s really interesting and complicated psychological story, it sucks in loads of different characters. as you would imagine, Alya is very heavily involved, but Sally comes to be quite pivotal.”

Could Sally be the one who encourages Tim to look back on his relationship with his father?

Or as Tim struggles to accept his father could be have abused Yasmeen and he was unaware of it, could Sally take it upon herself to find out who Geoff has targeted before?