Home » TV and Movies » Coronation Street star Tony Maudsley: 'It's about time Eileen got some comedy!' 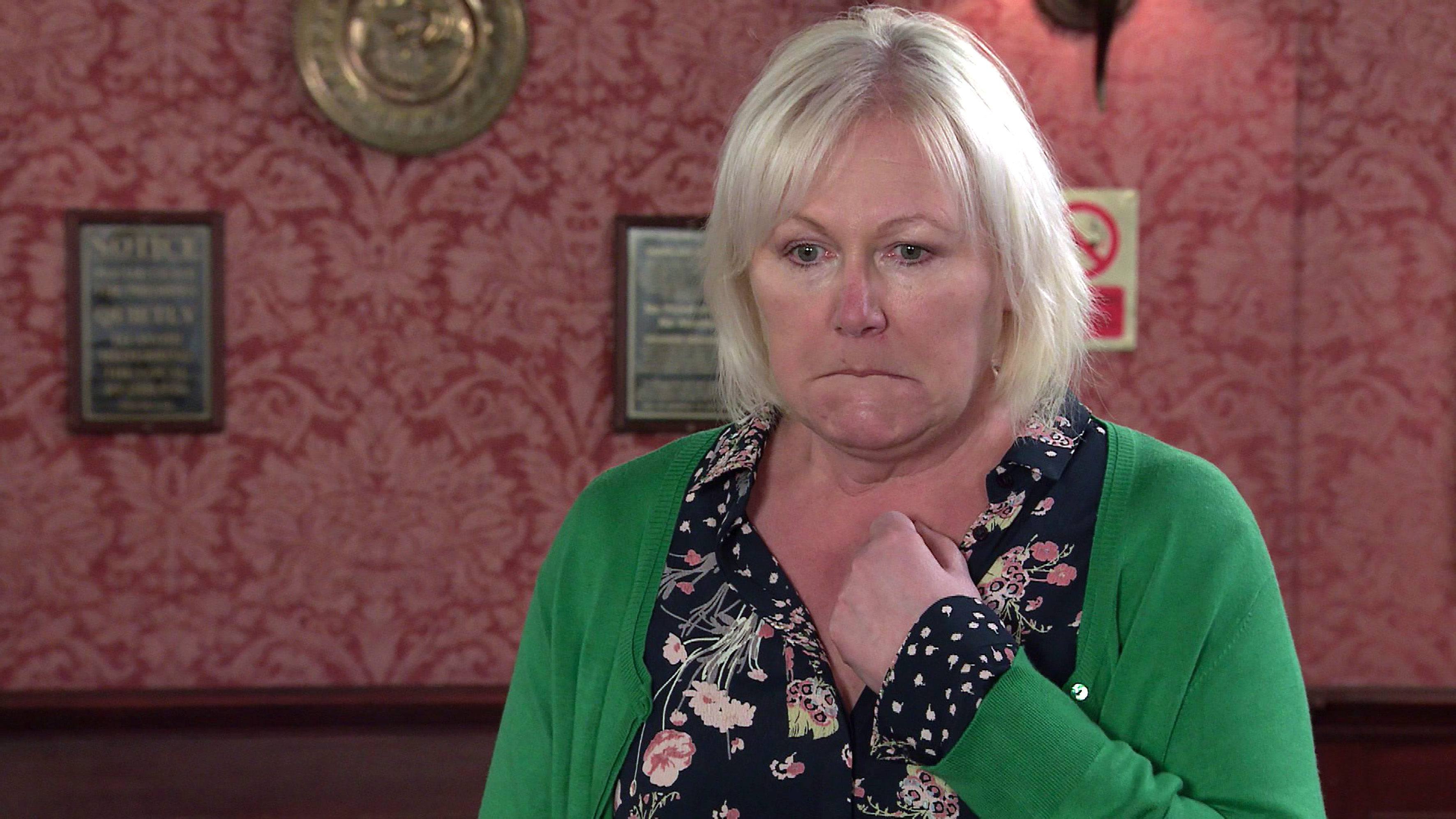 Coronation Street and Benidorm star Tony Maudsley has declared that Sue Cleaver’s comedy talents have been wasted in recent years and he is glad for the opportunity to see Eileen Grimshaw having fun and smiling again.

After years of being betrayed by men, including serial killer Phelan, as well as becoming embroiled in a human trafficking hostage situation, Eileen has had it rough.

But now she is in a light hearted will they/won’t they situation with hapless but well meaning funeral director George Shuttleworth.

Actor Tony told Metro.co.uk: ‘I think Sue has been deprived of comedy for so long. She has such a naughty twinkle in her eye and it’s about time writers used that.

‘It’s nice to see a smile; I think Eileen and George will be great together and I hope they continue to do that. And I love working with Sue!’

The couple’s blossoming relationship is scattered with stumbling blocks – but Tony reckons that his alter ego is determined to make a go of things with Eileen.

He grinned: ‘Well it’s Ross and Rachel but when they’re nearly 60! I actually didn’t know which way it was going to go, we had Gail and Mary in the mix. He didn’t understand how he was attracting so many women.

‘But it’s clear his heart lies with Eileen. She’s a very hard nut to crack isn’t she? Her last one, Phelan and Les Dennis’ character, Michael – it’s maybe time for some goodness, someone to put a smile on her face. She protects herself with this armour, six times bitten maybe seventh time lucky?’

He mused: ‘I think so. A lot of lesser men would have run a mile, she can be quite scary can Eileen. He is persevering and hanging on; there is something about her he doesn’t want to let go of. Neither of them are good at romance, it’s awkward for them and they don’t quite know how to play those games.

‘He just wants his slippers on in front of her fire. So far, he has no ulterior motive but this is soapland!’

We’re certainly rooting for them. Come on Eileen, take (another) chance on love.

‘Avatar: The Last Airbender’ Franchise To Expand With Launch Of Nickelodeon’s Avatar Studios, Animated Theatrical Film In The Works

My Bond girl should have turned down sex with 007, says Gemma Arterton

From Elton John to Phillip Schofield: Coming out stories that changed society