The Dancing on Ice final will kick off at 6pm tonight (Sunday, March 8) on ITV. Dancing on Ice this year has featured memorable moments, including the first same-sex couple performance by Ian ‘H’ Watkins from Steps and Matt Evers. The skating show has not been short of drama with Caprice Bourret quitting the competition halfway through and Michael Barrymore pulling out of the series before the first-ever live show after sustaining a hand injury. The final is finally here and of the three finalists, only one couple can be crowned the champions.

Who will win Dancing on Ice? Skating pro opens up

The finalists of Dancing on Ice this year are:

Sadly, magician Ben Hanlin and his partner Carlotta Edwards missed out on a spot in this year’s final, losing out to Paralympian Libby Clegg in the skate-off last Sunday. 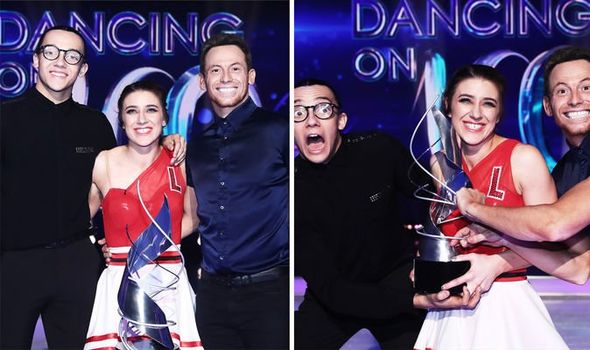 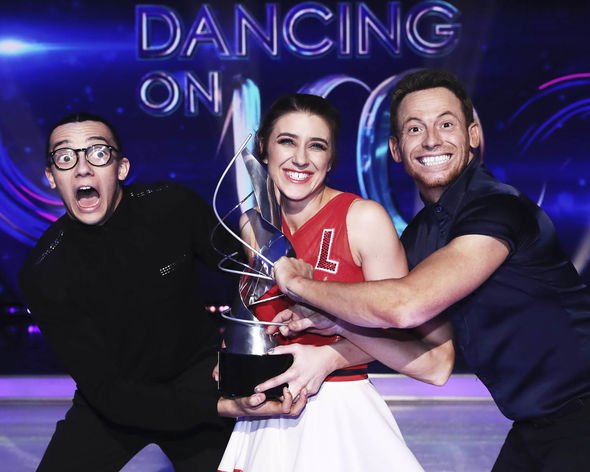 Speaking exclusively to Express.co.uk, Stephanie Wallace-Carr said: “Ben Hanlin who left last week had progressed so much over the series and had just found his feet – his sustainability was impressive.”

However, Wallace-Carr does believe the right people have made the final and highly praised EastEnders star Joe Swash.

She said: “Joe Swash deserves to be in the final – he has improved immensely from start to finish from when he used to crash into the barriers and fall over.

“He is now skating without holding onto his partner.” 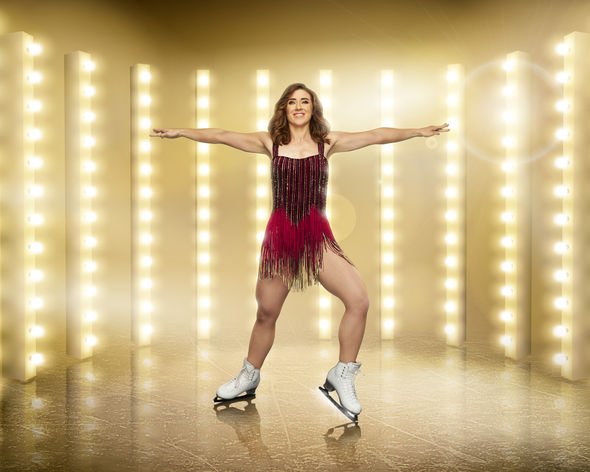 Wallace-Carr added: “You have to be 100% committed at this point. The schedule is gruelling and takes a strong positive mental attitude. At this point, it’s eyes on the prize… “

She said: “ I think Libby Clegg could win the show – she has won the hearts of the nation and has had many obstacles to overcome. “

Clegg is the first skater on the series to be registered blind.

The Paralympian has a deteriorating eye condition known as Stargardt’s Macular Dystrophy disease giving her only slight peripheral vision in her left eye. 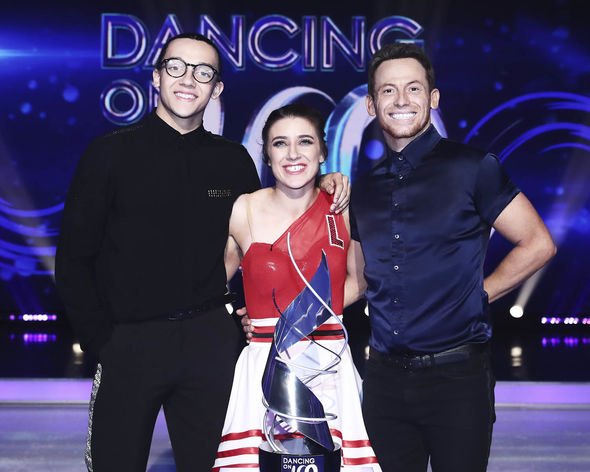 After all three have performed, the couple in third place will be announced.

The final two couples will then perform Torvill and Dean’s Olympic gold-winning routine, the Bolero.

All of this year’s contestants will return to the ice for one final group performance.

One contestant who may or may not make an appearance is Caprice Bourret who quit the show last month.

At the moment, Perri Kiely is the favourite to win the competition if the odds are anything to go by.

The second favourite to win is Joe Swash at odds of 11/4 at Betfair and Betvictor.

Libby Clegg is the third favourite to win at odds of 10/1 at Paddy Power.

Alex Apati of Ladbrokes told Express.co.uk: “Perri Kiely has already broken betting records and he’s a dead cert to win Dancing On Ice on Sunday if the latest odds are anything to go by.”

Ladbrokes odds for the Dancing on Ice winner are:

Dancing on Ice starts tonight at 6pm on ITV