DANCING On Ice's Faye Brooke's might be a fan favourite to win tonight's final, but she has a number one supporter backing her all the way.

Coronation Street star Faye was originally paired up with pro skater Hamish Gaman who was forced to leave the series through injury. 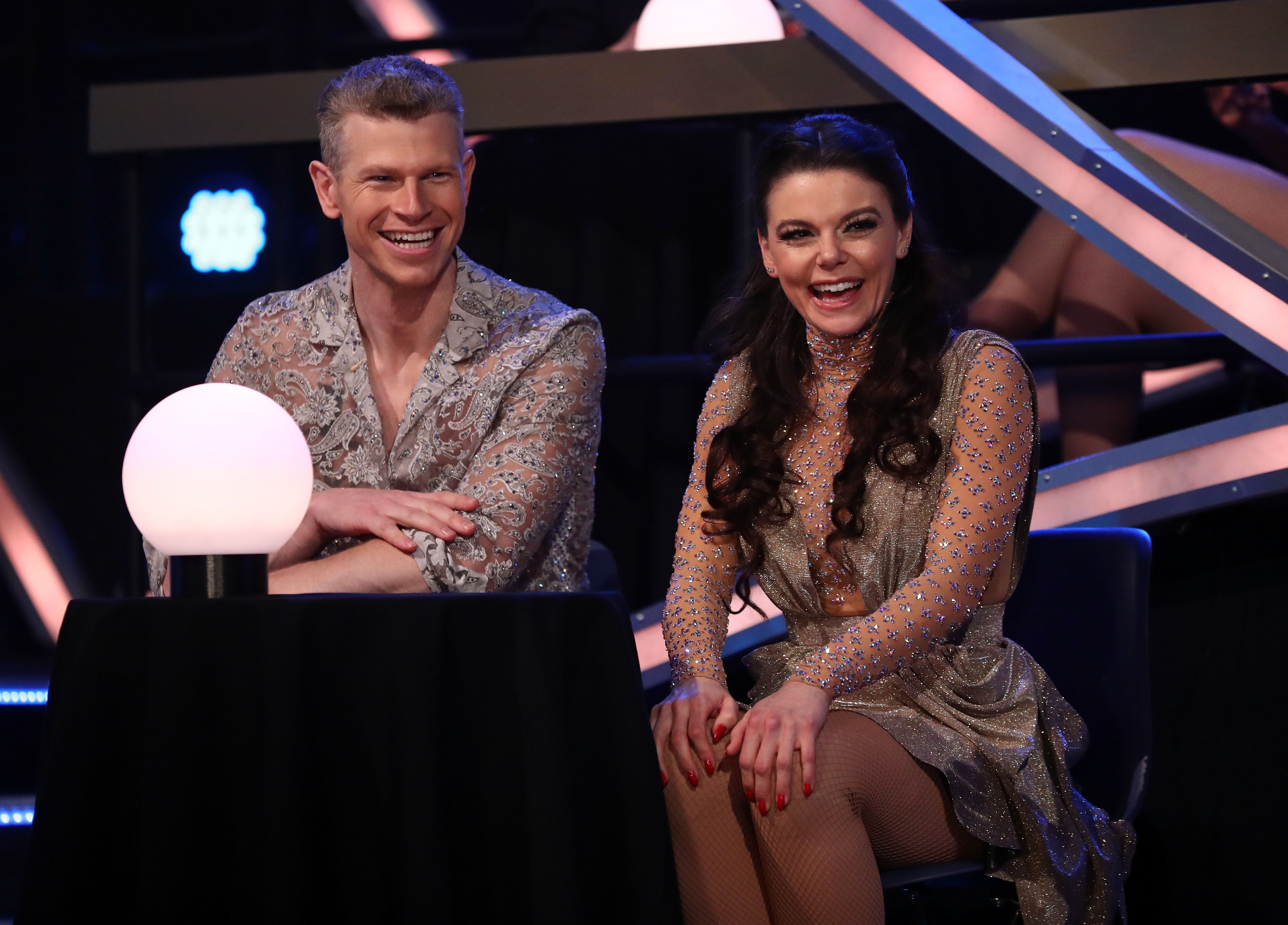 She's skating in the final with Matt Evers, 44, and they have smashed their performance receiving a perfect score of 40 in their second dance – a Swan Lake inspired number.

Despite having to bow out of the series early, Hamish is still watching from her and is sending his love to his former partner.

Sharing a sweet photo of them embracing on the ice, Hamish sent a message to Faye on his Twitter.

"Good luck tonight @Faye_Brookes. I’m so proud of you. Regardless of who lifts the trophy, you’ll always be my champion," he wrote in the sweet message. 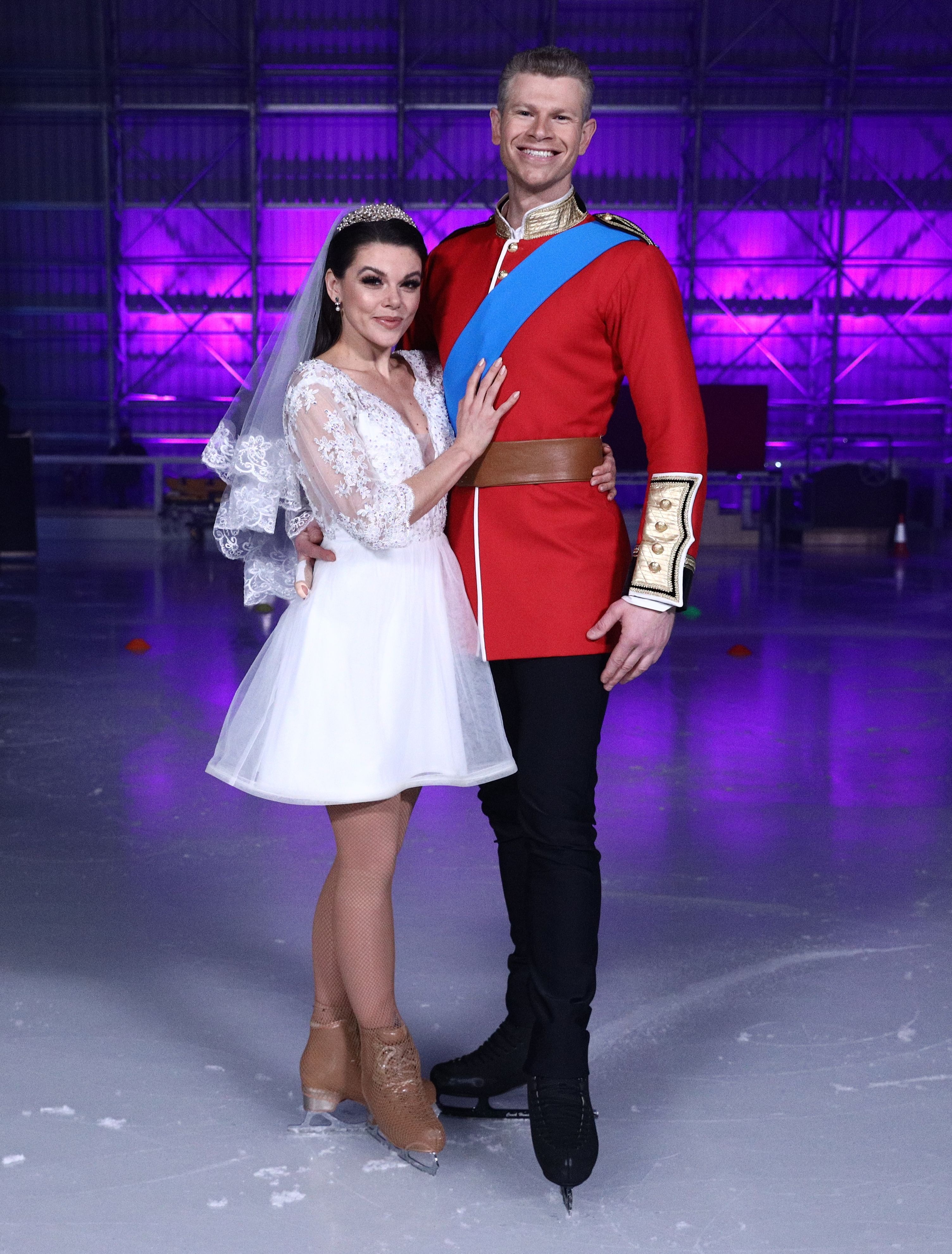 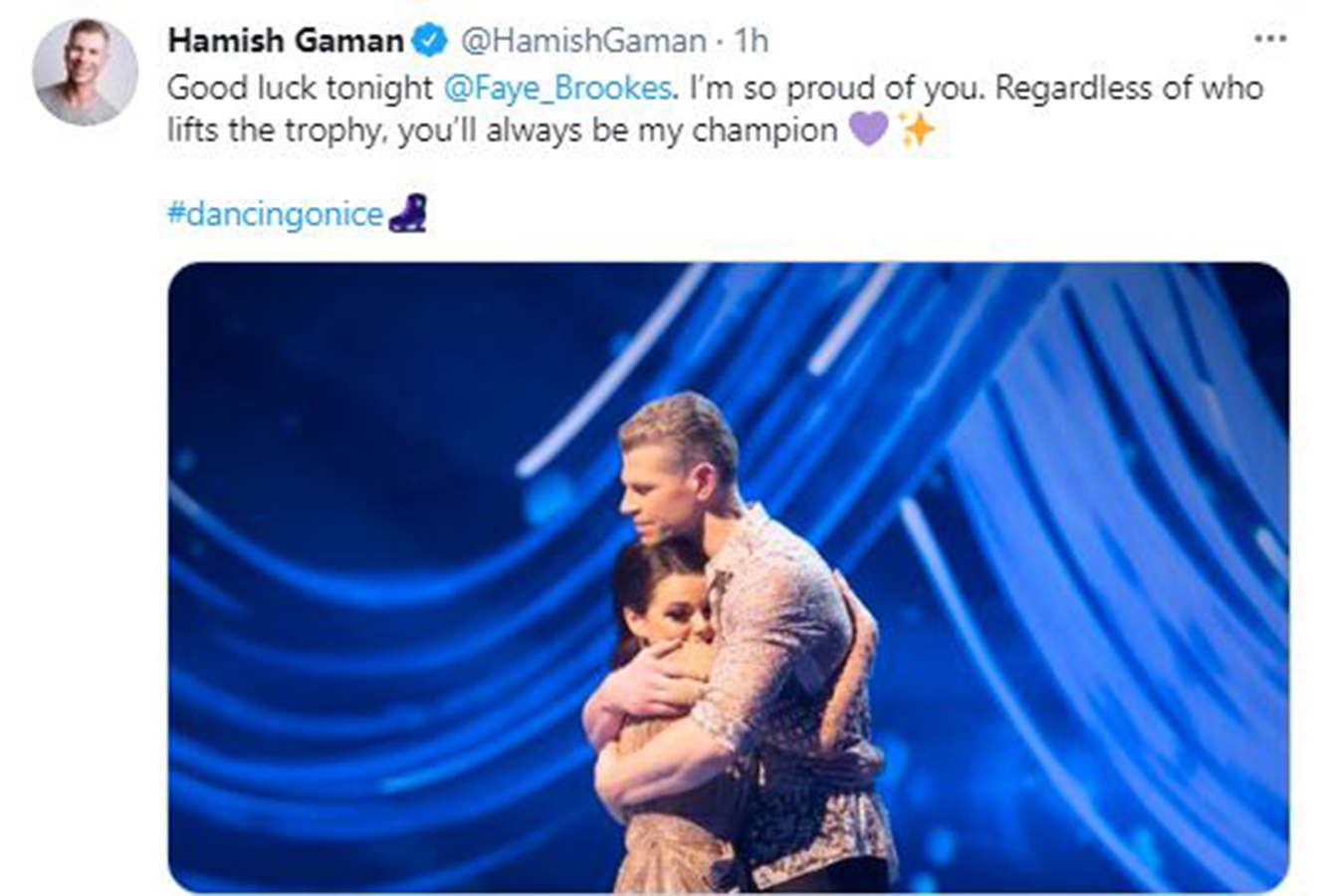 Matt's original celebrity partner, Denise Van Outen, was also forced to pull out of the programme after battling a painful shoulder injury and dislocation.

Earlier this week on Good Morning Britain, Matt was quizzed on who he thought would lift the ice crown.

He said: "I called it from day one, Sonny is the ultimate underdog. He's not an actor or skater, but he's combined those two into the perfection that he has over the past few weeks. 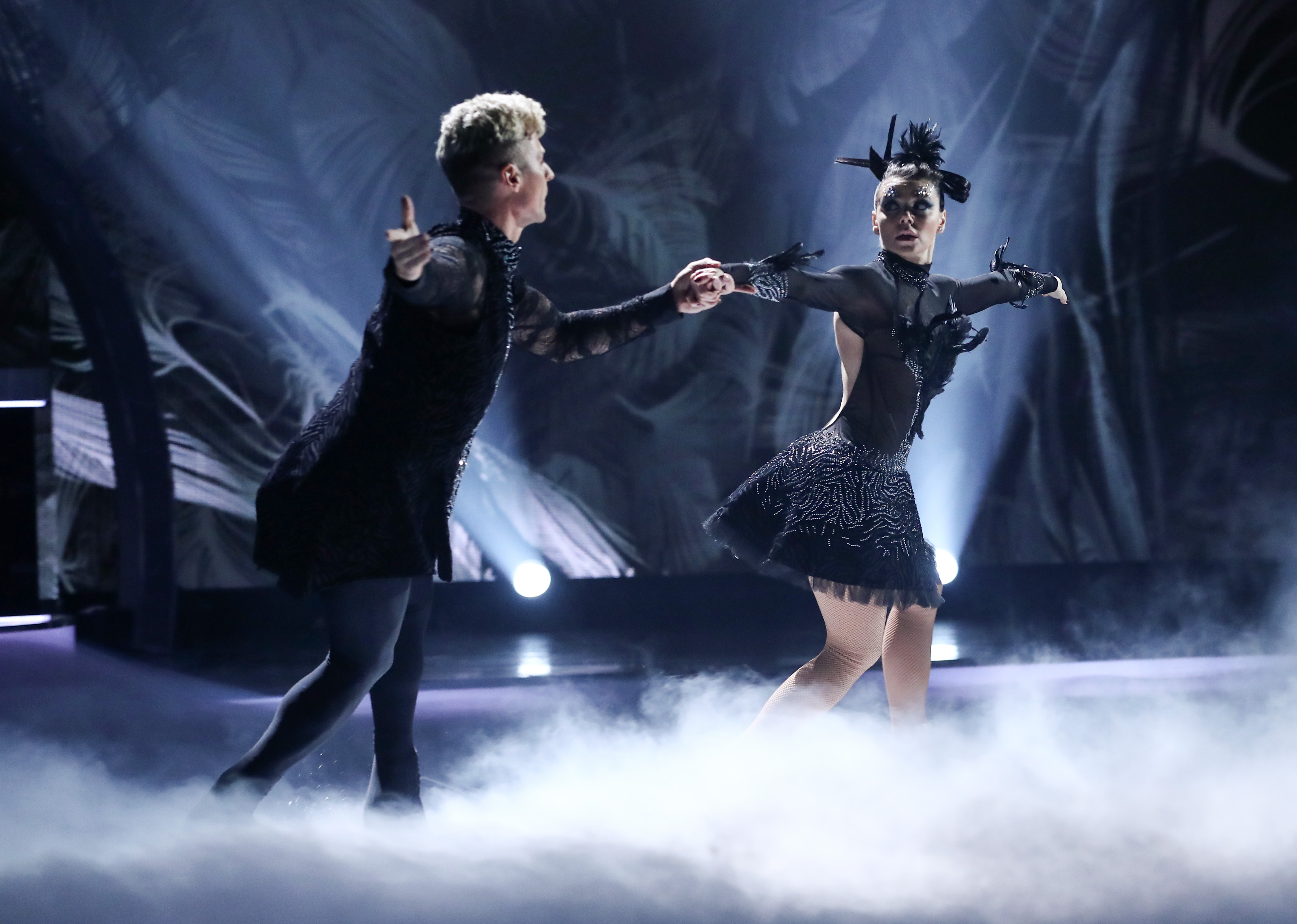 "If anybody is going to win, I'd love Sonny to win…" before Faye, who played Corrie's Kate O'Connor, nervously giggled.

This year's series of the ITV show was cut short after injury and illness forced a number of contestants to withdraw.

Emmerdale star Joe-Warren Plant and comedian Rufus Hound both had to leave after testing positive for coronavirus.

Reality TV star Billie Shepherd, singer and actress Denise Van Outen and actor Jason Donovan had to pull out of the series due to injury. 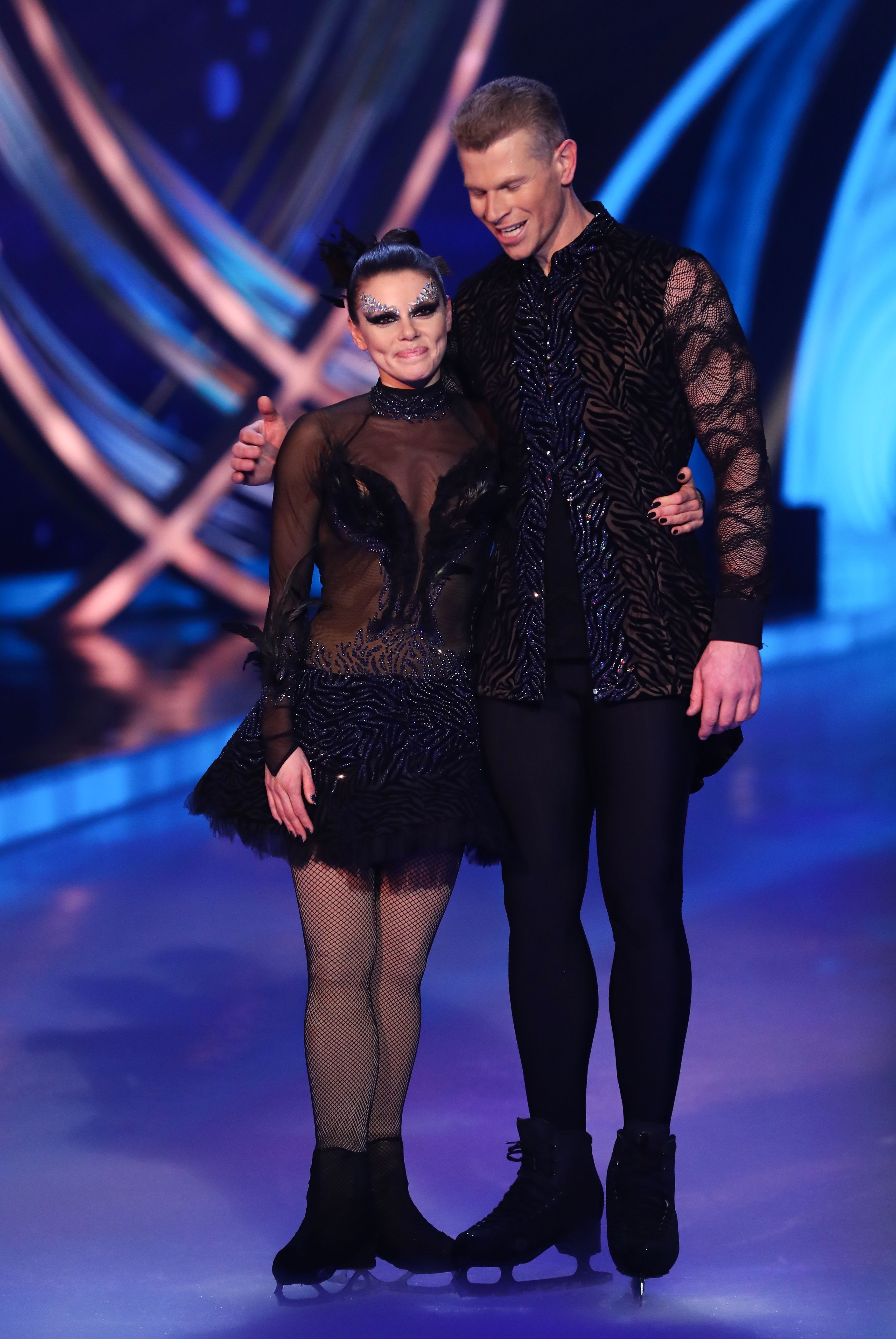 Actress Brookes was the favourite to win the competition.

She jointly topped the judges' leaderboard last week with Lady Leshurr, who was later eliminated.

The final also included a video of judges Christopher Dean and Jayne Torvill performing together that was filmed in covid-secure conditions before the series began.

'Emma' Costume Designer on the Politics of Starch and Male Nudity