Death in Paradise aired its finale last week where new detective Neville Parker (played by Ralf Little) decided he didn’t want to leave Saint Marie and instead took up a permanent position in the police force. But this wasn’t the only big news in the BBC One drama as JP Hooper (Tobi Bakare) passed his sergeant exams so fans will probably see him get his well-deserved promotion in the next series.

In the finale, JP was concerned he had failed his sergeant exams due to Commissioner Selwyn Patterson’s (Don Warrington) incredible poker face.

But at the end of the episode, the commissioner told JP he had actually passed with flying colours.

He even received the highest mark out of all the officers on the island so was both shocked and delighted with the result.

The commissioner then told him he needed to have more confidence in his abilities if he is to step up to a new role. 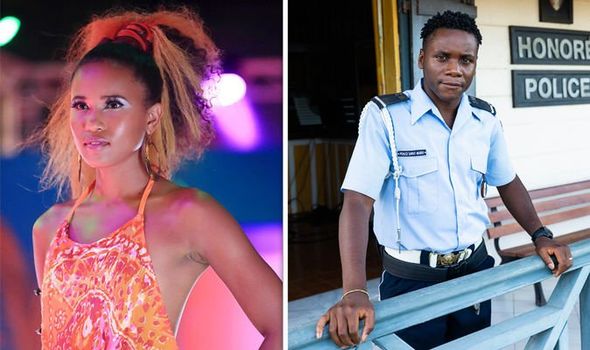 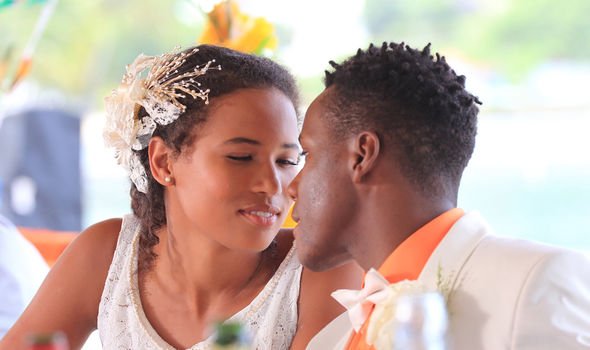 Earlier on in the series, viewers also found out more exciting news involving JP but this time it wasn’t to do with his career.

He informed his colleagues that him and his wife Rosey Hooper (Fola Evans-Akingbola) were expecting a baby.

They all quickly congratulated JP, who was clearly very happy that he was going to become a father.

At the end of the episode, they all toasted his unborn baby and joked it would mean no more sleep from now on which the young officer didn’t look too thrilled about. 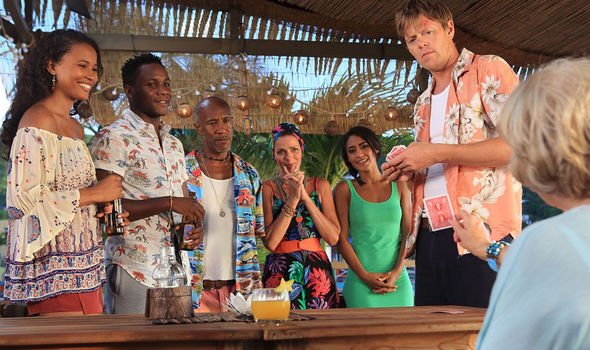 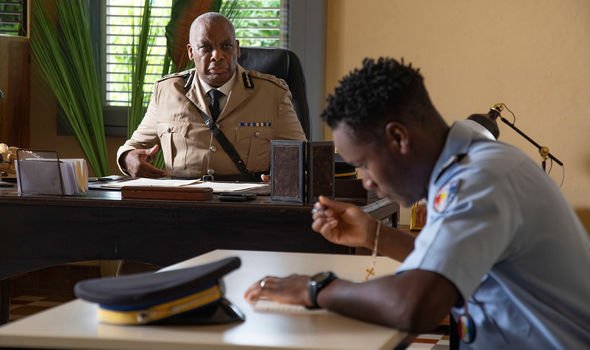 Who is Officer JP Hooper’s wife in Death in Paradise?

JP’s wife is Rosey Hooper, who is played by actress Fola Evans-Akingbola.

She was in the year above him at school and from the get-go, JP was smitten with her and thankfully, she felt the same and the pair started dating.

JP joined the Honoré Police back in season four and it was actually in the following season the pair got married.

Despite her being an important part of JP’s life, Rosey has hardly ever been in Death in Paradise although she was featured in most of series five.

Rosey first appeared in the third episode of series five entitled Posing Murder where she was also a suspect during the murder investigation of Zoe MacKay (Hannah Britland), a model who was killed backstage at a fashion show having been strangled with a scarf just moments after leaving the catwalk.

Rosey wasn’t the culprit so she continued to date JP until they tied the knot in series five, episode eight, Flames of Love.

However, she has not been seen in the series since but with a baby on the way, Rosey could soon be popping up in a future episode.

Actress Evans-Akingbola is probably best known for her role as Maddie Bishop in Freeform and Syfy series Siren which is about the legends of mermaids.

The show has been renewed for a third season which is due to premiere on April 2 this year.

Evans-Akingbola has also appeared in Black Mirror, Game of Thrones and Holby City.

Death in Paradise season 1 to 9 are available to watch on BBC iPlayer.